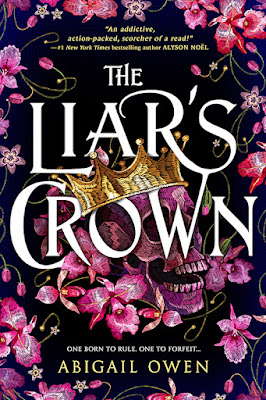 One born to rule. One to forfeit…

Everything about my life is a lie. As a hidden twin princess, born second, I have only one purpose—to sacrifice my life for my sister if death comes for her. I’ve been living under the guise of a poor, obscure girl of no standing, slipping into the palace and into the role of the true princess when danger is present.

Now the queen is dead and the ageless King Eidolon has sent my sister a gift—an eerily familiar gift—and a proposal to wed. I don’t trust him, so I do what I was born to do and secretly take her place on the eve of the coronation. Which is why, when a figure made of shadow kidnaps the new queen, he gets me by mistake.

As I try to escape, all the lies start to unravel. And not just my lies. The Shadowraith who took me has secrets of his own. He struggles to contain the shadows he wields—other faces, identities that threaten my very life.

Winter is at the walls. Darkness is looming. And the only way to save my sister and our dominion is to kill Eidolon…and the Shadowraith who has stolen my heart.

When I heard Abigail Owen had an upper young adult/new adult fantasy book coming out, I was intrigued. I like her adult paranormals and wanted to see how she tackled a different genre. The Liar's Crown was more than I expected. I wasn't prepared for the world Abigail created which includes Imperiums, Enfernaes, and Hylorae, just to name a few. Luckily, there's a glossary on the author's website. It took me some time to get out of my head and understand all the different people. Honestly, I just ended up focusing on the main character and going from there.

Mereneith Evangeline XII of Aryd, Meren for short, is a princess who was thought to have died in the womb. She's the second born whose sole purpose in life is to protect her identical twin sister Tabra, who will one day become queen. In order to keep her identity a secret, Meren and her great aunt Omma live in the city of Enora, as lower-class people in a hovel. When Tabra has to engage in situations that could be considered dangerous, Meren often takes her place. During times when Tabra needs a double, Meren sneaks into the palace and stays in a hidden room in Tabra's living quarters. This cloak and dagger has been going on for generations, with no one the wiser.

When the Queen suddenly dies, Meren's world changes in ways no one could have anticipated. She sneaks back into the palace to comfort her sister and prepare to do her duty as her double, sacrificing her own life if the situation calls for her to do so. Meren and Tabra discuss which events will be the most dangerous for the new queen. But something or should I say someone sinister is already making a move. Eidolon, the immortal King of Tyndra, has the future queen in his sights. Before Meren can do anything to protect her sister from the one person her family has feared for generations, she's kidnapped by Reven, a man who has secrets of his own but claims to be protecting her from Eidolon. Reven has no idea that the princess he just kidnapped isn’t Tabra which explains why all of his assumptions about her are all wrong.

Bickering and fending off dangerous animals along the way, the two end up in a secret place known only to Reven. There, Meren discovers that some information she’s heard isn’t true at all. The two eventually work together to try and figure out what Eidolon wants with the newly crowned queen and how to stop him. Eidolon is a brutal king who has ruled for centuries and appears to be one to two steps ahead of Reven, leading to deadly results.

The Liar's Crown is one of those stories that draws you in. There's this push and pull between Reven and Meren. One minute they want to kill each other and the next they're fighting to deny the attraction between them. Their back-and-forth banter at times is fun to witness. When they give into their physical desire, it's beautiful and powerful.

The Liar's Crown is more than just a romance. It's a story of an 18-year-old girl born to protect her sister and dominion at all costs. One who is not prepared for what happens but has the heart, courage, and determination to fight for and protect those she loves, even if it means sacrificing herself. Abigail's writing allows you to truly visualize the scenes unfolding before you. The battle/fight scenes are edge-of-your-seat incredible but can be considered gruesome to some. If you're concerned, you should check out the publisher's website for trigger warnings.

The Liar’s Crown is the first book in the dark fantasy Dominion trilogy. Abigail has written an amazing story, setting this trilogy up to be epic. The ending will have you excited and wanting more. The Liar’s Crown is definitely a bookshelf keeper.

~ Favorite Quotes ~
“Queens are what keep this dominion alive.”

“A monster’s power lies in our fear of him.”

“Caring is a gift. You only have to be brave enough to reach out and take it.”

“When there seems to be no other way, think of one thing you can do.”

“You’re not a survivor. You’re a fighter.” 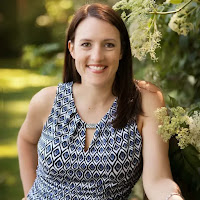 Abigail attempted to find a practical career related to her favorite pastime by earning a degree in English Rhetoric (Technical Writing) and an MBA. However, she swiftly discovered that writing without imagination is not nearly as fun as writing with it.

Abigail currently resides in Austin, Texas, with her own swoon-worthy hero, their angelic (mostly) kids, who are growing up way too fast, and 2 adorable fur babies.