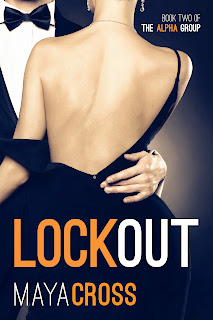 Lockout (The Alpha Group Book Two)
Who is Sebastian Lock?
Sophia had never felt attraction like that before. Raw. Electric. Irresistible. Swept off her feet by the dashing, enigmatic billionaire Sebastian Lock, she was taken on a journey of self-discovery, taken to places she never dreamed she’d go.
But things are never as simple as they appear. Sophia’s trust is a fragile thing, and Sebastian seems insistent on testing it. He has his own demons to battle, and nobody has brought them to the fore like she has.
As their relationship deepens, and Sophia begins to break down his walls, all that greets her are more questions. Why is Sebastian fighting so hard to keep her at a distance? Who is the girl on the background of his phone? And why does the strange tattoo on his chest seem so familiar?
These puzzles plague her, but as Sebastian’s mysteries begin to unravel, she must face an entirely different truth. Staying in the dark may be painful, but finding the answers could be deadly.
The Alpha Group Trilogy is intended for readers aged 18 and over.


REVIEW
I never realized how much I was anticipating a book coming out, until I got my hands on Maya Cross' second book, Lockout, The Alpha Group Book Two. Nothing else in the world mattered, except for me and the book. I originally gave Locked, The Alpha Group Book One a 4 Star rating. But since I'm still thinking about it, two months after reading the book and waiting patiently or impatiently, if you ask Maya, for the second book, obviously it deserved a 5 Star rating. With that said, I had high expectations for this book. But never in my wildest dreams did I think Maya would be able to pull it off. She did.
Sebastian Lock and Sophia Pearce are back in Lockout, which picks up where Locked left off. From the first word, I was immediately drawn into the book and did not want to put it down. The cliffhanger at the end of the first book was resolved in a believable fashion. Lockout had me falling for Sebastian Lock like nobody's business. That is either pretty sad for me or a FABULOUS job on Maya's part since I know nothing about the guy. Luckily, some questions about Sebastian get answered. I was surprised to find the book heartbreaking. I want to say the book turns out to be a little predictable at the end, but it comes out of nowhere. I honestly had flashbacks of Tiffany Snow's Kathleen Turner series.
With Lockout, you also get to learn a little bit more about Sophia's past relationship. It seems she has a pattern that maybe she doesn't even realize she's following. The sex is off the charts. I'm talking the back of a limo, a bed or two, a public place. Wow... You also get to see a softer unexpected side of Sebastian. You get a sense of the love that's building between the two.
There are still a lot of secrets to be revealed. And of course, Lockout ends with a cliffhanger.... UGH!!!! But sadly, that probably adds a little appeal to the book for me. Lockout will definitely have you wanting more. I can't wait to find out what Sebastian is going to do. July can NOT get here fast enough for me to be able to read Unlocked, the third book in the series.
Rating: 5