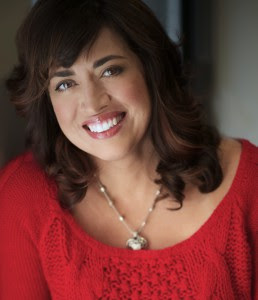 Jennifer Probst wrote her first book at twelve years old. She bound it in a folder, read it to her classmates, and hasn’t stopped writing since. She took a short hiatus to get married, get pregnant, buy a house, get pregnant again, pursue a master’s in English Literature, and rescue two shelter dogs. Now she is writing again.


I’m REALLY excited to have Jennifer Probst stop by Read Your Writes Book Reviews today and give us a peek into THE MARRIAGE TO A BILLIONAIRE SERIES.  Stick around for my review and the giveaway Jennifer is offering up to all of you.

JOURNEY OF A BILLIONAIRE...
HOW FOUR HOT MEN CAPTURED MY HEART
It all began with a sexy, pain in the ass architect, who believed the worst in the world and refused to change his mind. Nick Ryan from The Marriage Bargain was a difficult character to tame. Thank goodness for his match Alexa;there just wasn’t another woman who’d be able to sneak past his barriers and slowly show him what love could do.
When I wrote Bargain, I struggled with Alexa’s best friend Maggie Ryan, who kept wanting to wrestle away the scenes. She popped in and out through the story until I began to wonder if she’d ever back off. I finally promised her the second book and she agreed to back off until then.
When Bargain was completed, my pub had asked me specifically for three books in the series. The second book, The Marriage Trap, was easy. I knew immediately who I had to hook Maggie up with – the charming Italian Michael Conte. He was a nice balance from Nick. He wanted to believe in love, but just hadn’t found it. At least, not past one night. He adored woman, all women, and charmed his way through life because he’s gorgeous, rich, funny, and had this little thing called charisma. I was a goner, and how much fun to pair him with my snarky, prickly Maggie, who had issues galore.
Then became the problem. What next? Thank goodness while I was writing Trap, I was introduced to the Conte family – Michael’s mother aka Mama Conte and his three sisters: Venezia, Julietta, and Carina. This was ripe with possibilities! I was intrigued by the youngest sister, Carina, who was protected, babied, and hadn’t grown into herself yet.
But it all came together when Maximus came onto the scene.
Cue shudder.
Again, I wanted something different so readers didn’t feel like they were reading the same story. In The Marriage Mistake,  Max was like James Bond – the Pierce Brosnan kind. Super sexy, elegant, and wicked smart. He went through women like tissues, and didn’t do long term because he believed he was too like his father, who had run off. Afraid to hurt anyone like his father had broken his mother, he took the easy way out—don’t fall in love.
Until Carina.
Carina had crushed on Max since she was little – the typical older brother’s best friend cliché but I loved the possibility of this couple. When Carina challenges Max, all grown up and ready to rumble, sparks fly. Literally.
The series was supposed to end. But readers were upset Julietta had no happy ending. And lo and behold, I didn’t have to wait long for her hero. Sawyer Wells burst into Carina and Max’s story and TRIED TO STEAL MY HEROINE! I mean, how ballsy can you be? So I battled him off the page and again promised his own story.
The Marriage Merger finally came to life. Sawyer was made for Julietta and her workaholic ways. He challenged her step by step, but he made a big mistake. When she finally surrendered, it was too late for him also. He’d already become ensnared. Their journey was the most emotional, angsty, and erotic one out of the bunch.
So, I got lucky. My heroes pretty much showed up and demanded their story. I just had to write them.
This series became so important, I brainstormed on a fresh way to continue but give me more expansion within the stories. When the light bulb came on, it was truly exciting.
My Searching For... series continues the fun.You will see the special love spell book make its way to a whole new set of characters. You’ll fall in love with my secondary character from The Marriage Merger, Wolfe, and Alexa’s little sister Genevieve, from Bargain. You’ll meet a tight group of women who form a matchmaking service and are connected with the characters you already love. This way, we get the best of both worlds – old and new.
Do you love reading series? Do you like following the characters as they grow and change? What are some of your all time fave series?


Click here for my review of The Marriage Merger.

Jennifer is giving away a copy of The Marriage Merger.  This giveaway is open internationally.  Please check the terms and conditions.  To enter, just answer Jennifer’s question above.