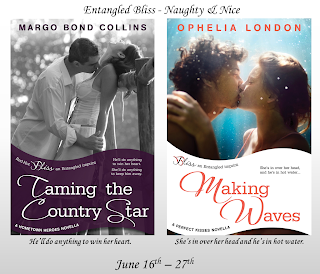 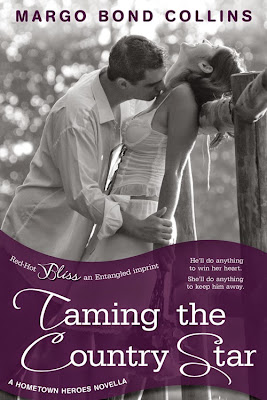 He'll do anything to win her heart. She'll do anything to keep him away.
Country star Cole Grayson is in town, and Kylie Andrews is less than thrilled. As if months of changing the radio station and tearing down his posters weren’t bad enough, now she has to deal with a town of fans swarming toward the man who deceived her the year before. But when Kylie’s eyes meet Cole’s again, she can’t deny the electric chemistry that drew her to him the first time around.
Cole Grayson is on a mission. Ever since Kylie left him, he hasn’t been able to forget her sweet country smile. After writing a song just for her, he sets off for her hometown to prove he’s not the player she thinks he is. But as much as Cole can’t forget her, Kylie wonders if she can forgive him…

Vehicle: On tour, he’s got a gigantic tour bus! At home, he drives a brand new Ford F-150 pickup truck; it’s his one real extravagance.

Ideal woman: One who loves him for who he really is, rather than wanting him for his fame and fortune.

Biggest Regret: Letting Kylie Andrews walk away from him after their week in Mexico without telling her who he really is.

Biggest Dark Secret: He worries that his fame is only temporary, that he doesn’t have what it takes to make a long-term career in music.

Biggest pet peeve: People who take themselves too seriously.

Favourite pastime/hobby: He loves sightseeing in the towns where he performs—almost as much as he loves coming up with disguises that allow him to walk around unrecognized. 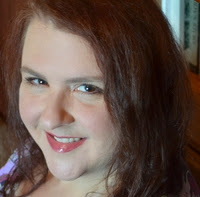 Margo Bond Collins currently teaches college English courses online, but writing fiction is her first love. After a decade of moving all around the country (Los Angeles, New York, and Atlanta are a few of the places she’s lived), she has settled in her native Texas. Margo lives near Fort Worth with her husband, her daughter, and several very spoiled cats, and she spends most of her free time daydreaming about heroes, monsters, cowboys, and villains, and the strong women who love them. She currently writes for Entangled Bliss.
Places to find Margo Bond Collins:
Website | Blog | Facebook | Twitter | Goodreads 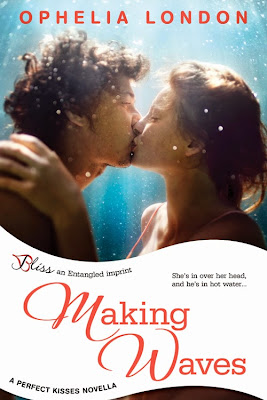 She’s in over her head and he’s in hot water…
Visiting her friends Ellie and Charlie in Hawaii was supposed to be a much-needed vacation for journalist Justine Simms. But when she learns the notoriously reclusive pro-surfer Chase Ryder is coming out of retirement for a competition, she knows she’s found the perfect exclusive to save her career. Of course, then she learns he’s the gorgeous, secretly nerdy guy who broke her heart a year ago.
Will Davenport—aka Chase Ryder—doesn't do interviews. He keeps his real name out of the papers and doesn’t mix his public life with his private. That is, until the still-heartbroken Justine blackmails him into giving her an exclusive. Seeing Justine, stunningly beautiful as ever, brings back all the feelings he had before. But despite their smoldering attraction, nothing has changed since he had to leave her the first time.

Eye Color: Light brown—in the sunlight, they look the same color as the golden sands of North Shore

Hometown: Will was born in Malibu, but now he splits his time between LA and Hawaii

Profession: IT tech during the summer months in LA, and professional surfer “Chase Ryder” during the winter.

Drink of Choice: Whatever’s on tap

Suit and tie or Jeans and a t-shirt: Will is happiest in nothing but swim trunks or his Quick Silver surf gear. Justine thinks he looks best in jeans…or less.

Distinguishing feature: He has a tattoo on his right shoulder blade, depicting a wave that’s top curl turns into a dragon. Justine finds it ominously sexy.

Ideal Woman: Will has always dreamed of being with a woman who is as laid back as he is, and who can accept the two sides of his life. A year ago, he’d thought he’d found his perfect woman when he’d met Justine. But then he totally blew it. If only he could get another shot at her…

Biggest Regret: Not telling Justine the truth about being a professional surfer. If he got the chance, he would make that up to her every day of her life.

Biggest Dark Secret: Only his family and a few close friends know about his double identity as “Chase Ryder.”

Biggest pet peeve: When someone turns down the volume when he’s playing Justin Timberlake!

Favourite pastime/hobby: He loves to be in the water—any water. And if the sexy Justine could be with him, his life would be perfect.

Sorry.  I got a little lost on the wavy hair.  Love it... Will aka Chase is definitely a man after my own heart, Justin Timberlake is the best!!!! 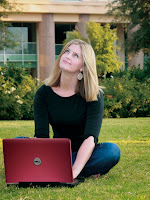 Ophelia London was born and raised among the redwood trees in beautiful northern California. Once she was fully educated, she decided to settle in Florida, but her car broke down in Texas and she’s lived in Dallas ever since. A cupcake and treadmill aficionado (obviously those things are connected), she spends her time watching art-house movies and impossibly trashy TV, while living vicariously through the characters in the books she writes. Ophelia is the author of ABBY ROAD; the Perfect Kisses series including: PLAYING AT LOVE, SPEAKING OF LOVE, and FALLING FOR HER SOLDIER, and the new adult DEFINITELY, MAYBE IN LOVE.
Places to find Ophelia London:
Website | Facebook | Twitter | Goodreads

As part of the Naughty and Nice Blog Tour, Margo Bond Collins is offering up a $20 Amazon gift card and Ophelia is offering up an iPod Shuffle with the Making Waves playlist on it.