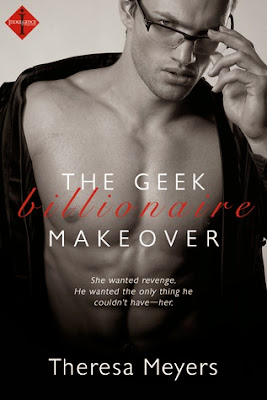 She wanted revenge. He wanted the only thing he couldn't have—her.


Image consultant Caroline Parker is willing to resort to corporate espionage to get revenge on Seattle tech billionaire CEO Joshua Martin. He may be king of the computing world now, but when they knew each other in high school, he was just the geeky friend of her younger brother she refused to date.
To successfully launch his new venture, Aeon Industries, Josh’s got to shake off his geek veneer and get into beast mode, and he needs her help to do it. Josh always thought the brass ring was his next big business coup, but once he sees Caroline again, he realizes that old desire to have her has never waned. Now he’s determined to make her his, no matter what the cost.
Caroline knows she can create  a superstar from the geek, but she's got a deeper reason to sign on for the job. Helping Josh remake his image gives her an opportunity to get close to him--and get her hands on the plans for Aeon that could save her brother from a ruthless blackmailer. But as Josh's image makeover takes hold, and she starts to fall for her creation, she realizes too late that her venture into espionage could ruin more far more than Josh’s empire.

I  probably shouldn't take reading books so seriously but The Geek Billionaire Makeover lost me from the beginning.  I kept reading anyway and finished the book but I had to push myself.  Giving 2 stars was generous because it turned out well…sort of.

It's hard to believe that someone would get a call out of the blue wanting to hire you to steal business plans from someone you despise, and if you don't take the job then your brother will be framed for murder.  Okay, so you take the job, no questions asked, no going to the police, no going to your brother.  It was bizarre.  It was a nonsensical story that only should be read if you have nothing better on your nightstand.

Purchase The Geek Billionaire Makeover from Amazon and other eRetailers