This post is part of a virtual book tour organized by Goddess Fish Promotions. Melissa will award a $25 Amazon GC to a randomly drawn winner via the rafflecopter at the end of this post during the tour. Click on the tour banner to see the other stops on the tour.

NOTE: This book is on sale for only $0.99 during the tour.  Why not grab yourself a copy today? 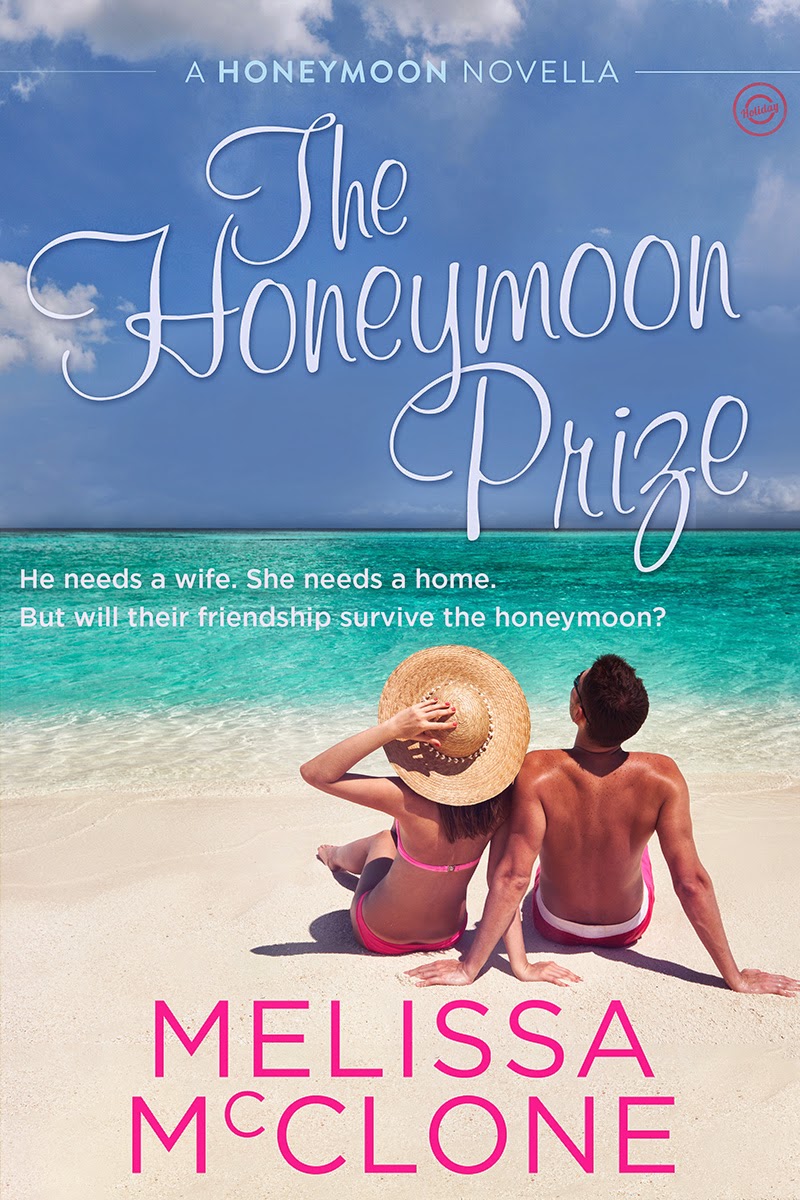 Single bodyguard Nick Calhoun has been given an ultimatum by his boss--find a wife or lose his cushy, high-paying job. Clients' wives are hitting on him and putting Nick, and his boss, in hot water. But monogamy? He's never been a white picket fence kind of guy, and he's not about to embrace the happily married lifestyle now. He needs a wife who doesn't care about his steamy, extra-curricular love life...and he knows just the woman to fit the bill.

Adalaide Sinclair spent years caring for her ill grandmother. Upon Grammy's death, she's stunned to find herself evicted from the only home she's ever known and labeled a thief by her inheritance-hungry family. Addie needs to find a place to live and a job--fast. So when her childhood friend, Nick, proposes a no-sex marriage of convenience, she puts her dreams of true love and happily-ever-after on hold. Finding Prince Charming can wait a little longer, right?

But will their friendship survive the honeymoon?

When Nick and Addie unexpectedly win a dream honeymoon, they decide to go their separate ways during the ten-day vacation. Too bad a camera crew is waiting for them at the tropical paradise. Acting like a head-over-heels bride and groom for reality TV wreaks havoc on their no-sex agreement...and blurs the line between fantasy and reality. Will Nick and Addie remain married in name only, or will a romantic honeymoon for show turn them into true newlyweds?

“Well, you’ve got five years to get used to the title.”

That suddenly seemed like a long time to play house. Dating while caring for her grandmother had been impossible. She’d tried a few times over the years. But given up. Still she believed in love, the forever kind that would last a lifetime. Someday she would find that.

“Nothing, just . . .” In spite of her doubts, Addie hoped Nick understood the depth of her gratitude. A week ago, she’d forgotten her key to Emily’s apartment and fallen asleep on the welcome mat leaning against the front door, waiting for her friend to return from a date. “Thanks for everything. I owe you big time.”

“Thank you.” He flashed her a charming smile that sent female hearts aflutter, brought women to their knees at bars and clubs, and convinced Addie to accept his marriage-of convenience proposal. Not that saying yes took much convincing. Desperation had a way of making a person see the brighter side to any option, including marrying her closest guy friend.

“Without legal proof I was a one woman guy, my boss would ship me off to some boring assignment guarding a building or I’d be looking for a new job.” “I’d be homeless.”

“We both win and get a free honeymoon out of the deal.”


Purchase The Honeymoon Prize from Amazon

With a degree in mechanical engineering from Stanford University, Melissa McClone worked for a major airline where she traveled the globe and met her husband. But analyzing jet engine performance couldn’t compete with her love of writing happily ever afters. Her first full-time writing endeavor was her first sale when she was pregnant with her first child! Since then, she has published over thirty romance novels with Harlequin and Tule Publishing Group. She’s also been nominated for Romance Writers of America’s RITA® award. When she isn’t writing, you can usually find her driving her minivan to/from her children’s swim practices and other activities. She also sends care packages to deployed service members and fosters cats through a local no-kill animal shelter. Melissa lives in the Pacific Northwest with her husband, three school-aged children, two spoiled Norwegian Elkhounds and cats who think they rule the house. They do!