Coded for Love
By Lynne Silver

Thank you to Kim who asked me back to discuss my series, Coded for Love.  She’d never read any of the books in the series and had lots of questions about the series.  So for those who haven’t read the series, or those who want more details, here you go:


The Coded for Love series, features genetically enhanced soldiers who live on a military compound in Beltsville, Maryland just outside Washington DC. So who are the soldiers?


Engineered with superior strength, agility and acumen, the genetically enhanced soldiers of the top-secret Program do the dangerous assignments no one else can. Now they’re tasked with one additional job. Breed.


But finding and convincing their perfect DNA match they are the right men for the job may be their most dangerous mission to date. And the hottest. Good thing they’re Coded for Love.
The soldiers aren’t X-men. They can’t do anything supernatural.  They can simply run faster for longer periods and are stronger than the average human.  Their brain synapses fire faster and store information.  (Good memories).  So how did these soldiers come to be?


To pull from the prologue from Book 1, Heated Match, “The Program for DNA Manipulation and Eradication of Disease was founded in 1958 in an effort to wipe out genetic diseases in the world. While the scientists failed in their original endeavor, their research led to the development of DNA mapping and pairing.”

At first The Program was top secret, but in 2013, a woman named Thea went to the press and leaked their existence.  For more details on the whys and hows Thea betrayed the Program, you have to read Conquered Match (book 2).

The books read like hot contemporary, so if you’re looking for heavy duty science fiction explanations of the DNA mapping and genetics behind the soldiers, you won’t find it.  If you’re dying to know, I can tell you that to make a Program Super Soldier, you start with two people are a perfect DNA match for each other.  And then once that baby’s in utero, the docs go in and do a little gene therapy.  The gene therapy is the part that’s a little woo-woo.  The DNA matching thing is something reasonably possible today.

In doing my research, I learned humans can sniff out who is and is not a good mate for them.  If someone smells sexy to you, you’ll likely make beautiful babies.  I’m talking actual body odor, not Axe.  But have you ever smelled someone that smelled a little off to you- don’t sleep with them.

We are also nearly at the point where our scientists can make designer babies.  Blue eyes, gender, height, you name it, they can make.  But just because we can, does it mean we should?

I LOVED reading First Match.  Have a look at my review here.  This series is definitely on my reading list. 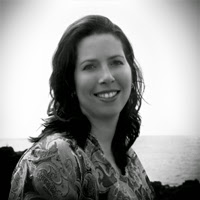 Lynne Silver, award winning author, began her writing career at a very young age publishing scads of books with crayon and construction paper. In college, she abandoned her craft to study other authors’ novels with a focus on American Literature. Her professional career had her writing fiction of a different sort. She drafted press releases and marketing communications for technology companies. After the birth of her children, she focused on her own fiction career writing several terrible novels before joining the Romance Writers of America and the Washington Romance Writers to perfect her craft. She lives in Washington, D.C. with her husband and two children.