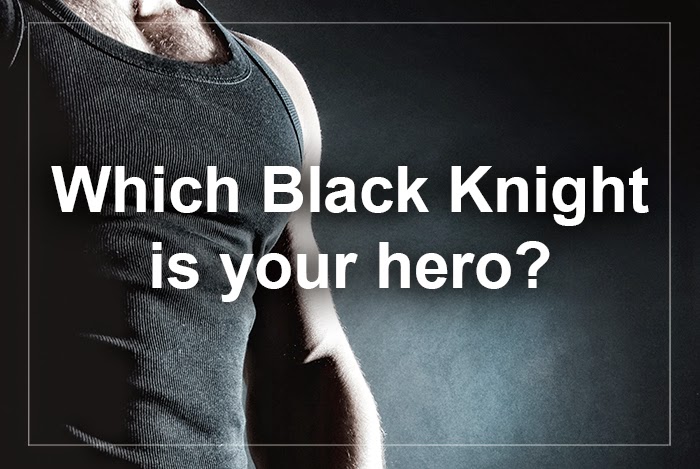 Which Hero From Julie Ann Walker's


Black Knights Inc. Series
Is Perfect For You?

In her Black Knights Inc. series, bestselling author Julie Ann Walker introduces readers to strong, smart, sexy heroes.  This group of deep cover military men are good at what they do…kicking ass and taking names.  And when they aren’t out saving the world, they’re customizing motorcycles at a Chicago garage that is the perfect cover for men who need to take off at a moment’s notice.  The Black Knights have a lot in common — they are all loyal and brave.  But each man is unique and offers a different skill set to this elite fighting force.  So which of these modern day warriors is right for you?  This quiz will help you pick your personal BKI hero.

1) What does your ideal man look like?
a) He has jet black eyes and raven hair that he inherited from his Cherokee grandfather.


b) He’s a mountain of a man with some bad ass scars that give him character.

c) My guy is so handsome that he makes all the women stare — thanks to his killer dimples.

d) Perfection is a man with dark brown hair with auburn highlights, high cheekbones, a square jawline, and a deliciously kissable mouth.

f) There is nothing better than a southern boy with a sexy tattoo.

2) What is your man’s favorite hobby?

a) Anything that gets his mind off of his painful past.

b) Bossing everyone around.

c) Thinking up new ways to woo his lady.

d) Psychology. He likes to find out what makes people tick.

f) Hanging out with friends at the local biker bar.

3) What is your hero’s idea of a perfect vacation?

a) A long road trip with his lady.

b) Working on motorcycles.

c) He’s a Navy SEAL that loves the water — and a day at the beach.

d) Relaxing on the bayou.

e) He likes to blow off steam by blowing things up...literally.

g) Getting comfy in a romantic hut in the jungle.

a) I’m a sucker for a frosty stare that holds just a hint of vulnerability that only I can see.

b) I love an intense expression that says my guy means business.

c) Oh, flash me a signature smirk and include those dimples!

d) Old Levi’s and a tee shirt. No need to get dressed up...he won’t be wearing clothes long anyway.

e) Any shirt that lets his tattoos peek out.

g) Cargo pants and jungle boots. There is something about seeing him ready for a mission that revs my engine.

5) What is the biggest surprise about your man?

a) He appears to be the ‘strong silent type’, but he knows what to say when the chips are down.

b) His private life, which seems to be pretty wild, is VERY different than anyone ever dreamed.

c) He is a fierce warrior, but terrific with kids.

d) He is surprisingly good at calming down hysterical women, especially when he starts whispering in French.

e) He has the looks of a biker, but the soul of an academic.

f) He has a soft spot for dogs.

g) His favorite scent on earth is a combination of Downy dryer sheets and Palmer’s Cocoa Butter lotion.

6) What is your ideal man’s theme song?

7) What is your signature drink?

a) The Ghost: vanilla vodka, chocolate liqueur, half and half, simple syrup, and white chocolate shavings as a garnish.

8) What is your ideal man’s best quality?

c) His strong will 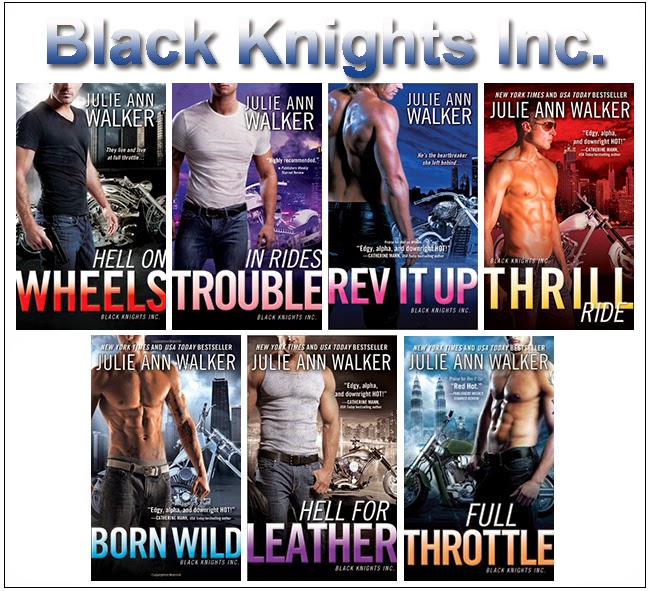 If you chose mostly A’s...watch out for the quiet ones because still waters run deep.  Nate “Ghost” Walker from Hell on Wheels is a man that has lost his heart to his best friend’s sister.  Nate has loved Ali Morgan nearly half his life, but he is so ashamed of his past that he keeps his feelings and secrets to himself.  When Ali arrives at his doorstep in serious trouble, Nate has no other option than to protect her from the bad guys, but who will protect her from him.

If you chose mostly B’s...your engines are revved by men in charge.  Get ready to meet the sexiest Alpha in town — Frank “Boss” Knight from In Rides Trouble.  Munitions, missiles, and mayhem are Frank's way of life.  So when he decides to use Becky “Rebel” Reichert motorcycle shop as the cover for his elite special ops team, he shelves the attraction he feels towards her.  She is too young and green for him anyway.  Becky never actually goes looking for trouble, it just has a tendency to find her.  When she ends up in a hostage situation at sea, Frank is determined to rescue her...at any cost.

If you chose mostly C’s...you like the modern day reformed rake.  And you are certain to welcome Jake “the Snake” Sommers from Rev It Up with open arms.  “The Snake” got his SEAL nickname by striking quickly and quietly and he sure won Michelle Carter’s heart in record time.  But he was just as quick to call it quits when the going got tough.  Four long years later, Jake is determined to earn a second chance, however, before he can return to Michelle's loving arms, Jake is going to have to prove he’s a changed man.

If you chose mostly D’s...you want to know what makes a man tick especially the secretive Rock Babineaux from Thrill Ride.  As an ex-Navy SEAL, Rock’s new assignment is to obtain information, but one mission gets him in too deep and he is wanted by the US government.  Even his best friends at Black Knights Inc. aren’t sure they can trust him.  But Rock’s former partner—a curvy bombshell who knows just how to drive him wild — refuses to cut him loose.  Sure, the sexy Cajun has his secrets, but there’s no one in the world Vanessa Cordova would rather have by her side in a tight spot.  Which is good, because things are about to get very tight…

If you chose mostly E’s...you like ‘em wild and your man is William “Wild Bill” Reichert from Born Wild.  This demolitions expert fell in love with Eve Edens when they were way too young and when it ended, she just didn’t break his heart, she destroyed it.  Born into fabulous wealth, Eve has been abandoned, used, or manipulated by almost everyone she's ever met.  The resentments and jealousies never stop, however, the recent attempts on her life show that her enemies aren’t harmless or petty — they are lethal.  Eve and Bill must search for answers, but being together means having to face the red-hot passion that still simmers between them.

If you chose mostly F’s...you like your man a bit rough around the edges just like Bryan "Mac" McMillan from Hell For Leather.  Mac thinks that beautiful women can't be trusted, but he puts his natural wariness aside in order to help the sexiest women he has ever known.  Only the most urgent crisis could force Delilah Fairchild to abandon her beloved biker bar but when her uncle — the man who raised her — has vanished into thin air, she knows that Mac is the only person with the right connections to help her find him.  This ex-FBI agent is about to take her on the wildest ride of her life...

If you chose mostly G’s...me encantan a los hombres calientes — I love hot men!  Everything is sexier when Carlos “Steady” Soto says it with a accent in his book Full Throttle.  Carlos has been on tons of dangerous missions, but nothing has prepared him for the emotional roller coaster he faces when he’s tasked with rescuing the only woman he’s ever loved — Abby Thompson.  While ruthless terrorists stalk them, Abby and Carlos must learn to trust each other again and let the past go in order to forge a new future...together.