Leslie McKelvey came onto the writing scene in 2012, with her debut novel Accidental Affair.  I LOVED the book.  Jack Vaughan is one of my favorite agents.  I remember being afraid to turn the page, because I didn’t know what was going to happen.  I might have even cheated a little, to make sure he was still alive.  In Accidental Affair, when things for Jack went FUBAR, there was only ONE man he could trust.  That man was FBI Special Agent Ted “Bear” Bristol.

Now.  F-I-N-A-L-L-Y (I channeling Dwayne “The Rock” Johnson here.) We get Bear’s story in Right Place, Right Time.  Bear Bristol is another worthy hero, though he likes to keep his emotions hidden. 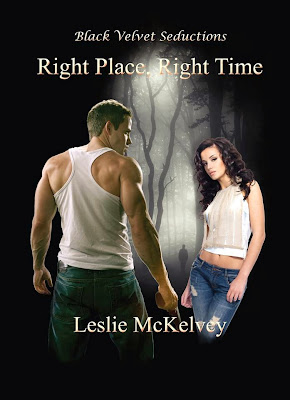 While shooting pictures of a mama bear and her cubs in Rocky Mountain National Park, wildlife photographer Beth Drummond witnesses a murderous shootout and the violent deaths of four men. When those responsible realize they’ve not only been seen but also photographed they give chase, determined to tie up loose ends. Praying she can outdistance her pursuers Beth dashes headlong through the woods, intent on nothing but reaching safety.

When Special Agent Bear Bristol, on leave from the FBI, hears gunshots and sees the woman running for her life, he knows he must intervene. He recognizes those who are chasing her and realizes that things are much worse than they seem. A vicious cartel with a mole at the FBI has put a target on Beth’s back, and there is no one they can trust. Unable to call for backup, Bear must keep Beth safe until they can figure out who the inside man is.

As they struggle to stay one step ahead of both corrupt law enforcement and the killers they learn to trust one another, and realize there is more between them than just friendship born of necessity. Can they overcome the obstacles they face, or will they win the fight to live only to lose the battle to love?

~~Leslie has this incredible ability to have conversations with her characters and let you know what they’re like, even before reading their stories.  I begged Leslie to interview Bear for me.  She was very excited to do so.  In typical Bear fashion, he wasn’t.  Check out this interview. ~~ 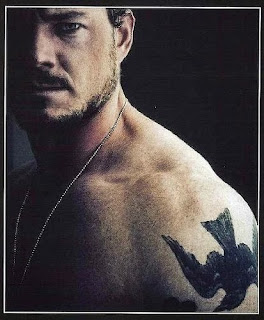 See why I love this guy?!!!!  You can read my review of Right Place, Right Time here.

Leslie is a war-veteran who served with the U.S. Navy during the Gulf War, and she was among the first groups of women to work the flight deck of an aircraft carrier. During her five years of service she was stationed at NAS Miramar (currently Marine Corps Air Station Miramar) and was an F-14 Tomcat plane captain and mechanic. While at Miramar she was sent on detachment to the aircraft carriers USS Independence, USS Ranger, USS Lincoln, and the USS Nimitz. The final two years of her enlistment were spent on Guam and her squadron frequently deployed to Japan and the Middle East.

She learned everything she knows about firearms and tactics from her police officer husband, who is a weapons expert and firearms instructor.  He is her biggest supporter and her unpaid consultant on everything law-enforcement and weapons related.

I’m also going to do a little giveaway.  I’m going to give one lucky winner a Kindle copy of both Accidental Affair and Right Place, Right Time.
a Rafflecopter giveaway