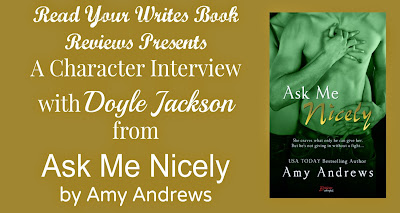 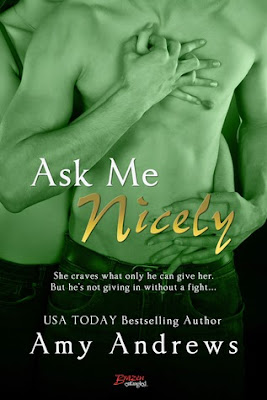 She craves what only he can give her. But he's not giving in without a fight...
Veterinarian Sal Kennedy's lost her mojo and is desperate to get it back. In fact, as the anniversary of the tragedy that destroyed her life looms large, she'll do anything to erase the painful memories, including overdoing the tequila and making a pass at the most annoyingly inappropriate man on the planet. Fellow veterinarian Doyle Jackson is her flatmate and her employee and therefore strictly off-limits.
Unfortunately, Doyle knows how to bring the goods and make her mojo sit up and beg.


Doyle is only too happy to oblige Sal in her hour of need, but then she demands more, and she's perfectly happy playing dirty to get it. He wants more, too—more than just sex, that is, and it's something Sal's not willing to give. But Doyle is in this for the long haul now, and he's prepared to fight even dirtier to get what he wants. Even if that means they both keep losing all their clothes in the process…

Today, Doyle Jackson from Amy Andrews’ Ask Me Nicely stops by.  Seriously, I love this guy.  He embodies everything that a “good” guy is.  Just thinking about him makes my heart beat double time.

Hi, Doyle.  Welcome to Read Your Writes Book Reviews.  I'm sure you never expected to be interviewed.  I promise to be gentle.
I didn’t, no.  But how could I resist when you asked me so nicely…. (smiles)
You’re already making me blush.  Tell us a little bit about yourself.
Sal accused me of being one of those guys.  The type that comes from a traditional loving family and believes in soul mates, wedding rings, two-point-four children, and HEA’s.  I know what love looks and feels like because I marinated in it for all of my formative years.  So I know what I want and I can be pretty damn stubborn.  A guy has to be around the world’s most infuriating woman!  I also love animals (hence my job as a vet) except for mice which are just plain, beady-eyed creepy.
You have four sisters.  Did they ever give you tips on how to impress a woman or did you not learn anything from them at all?
They barely tolerated a bratty little brother growing up but now I am an awesome uncle they’re seeing my worth.  (smiles)  They’ve never really given me advice on love but I’ve learned a lot about women from my sisters.  I learned about their strength and their resilience and their resourcefulness.  I’ve learned that they can do any damn thing they set their mind to.  I’ve learned about the type of woman for me.  Most importantly I have learned to never stand between a woman and the last scoop of ice-cream or piece of chocolate!
I have to admit, you are like an anomaly when it comes to men.  I mean men like you do truly exist, but some women would doubt it. What's it like to be a woman's dream?
Aww, shucks…..It’s a hard job but someone has to do it, right? (smiles) Honestly…I only want to be one woman’s dream man.  Sal completes me.
Aww.  I will also admit, thanks to you, I will never look at fairy floss the same way again.  What other food items do you have in your arsenal?
I’m completely open-minded when it comes to the application of food to the female body.  If it can be eaten, I’m up for trying it!
I love that you are a man who requires a nice romantic date.  I love even more that you insisted on a date from Sal.  Why were you so insistent?
I knew the only way I was going to win Sal was if I was different from the others.  Before me, men were happy to be at her beck and call even if it was only for a night.  But not me.  I wanted more than that.  I wanted to get to know the real Sal not just the one she showed to the rest of the world and I knew that was never going to happen if I accepted a relationship on her terms.  I had to make it about more than sex right from the beginning.  And that’s what dating’s for – getting to know another person.
Sal's been through a lot.  You managed to see through the image she wanted the world to see and really see her.  Without giving away Sal's secret, what was it like for you, to have her make that confession to you?
It meant the world to me when she finally broke down and shared her demons with me.  I knew it was bad but the extent of it still shocked me.  I felt gutted for her and so, so sad that she’d been through something so traumatic.  But I suddenly understood her so much better and it only increased my empathy for her.
Did you really take the batteries out of her vibrator?  Because if you did, that's just all kinds of wrong.
No. (smiles) I would never interfere with a woman getting her sexy on. Especially if she’ll let me watch. (smiles)
Have I mentioned that I really love Ask Me Nicely, which I found out is like one of your favorite phrases, because I really really do.  You know, it's an Entangled Brazen, which means the sex is incredibly hot.  Your story was definitely that.  But it also made me cry.  Your creator, Amy did a wonderful job.  What was your favorite scene of the book or should I say your time with Sal?
Well as far as the sexy times go I don’t think you can go past sweet, sticky love involving imaginative use of fairy floss.  And the scene where Sal confesses all is utterly gut-wrenching.  But I do have a soft spot for the scene where we’re judging the pet show together.  Nothing like a truck drivers talking parrot to liven up a school pet show!
Oh.  That was funny.  Sorry, I got a little carried away with the questions.  One last one....What's next for Doyle Jackson?
I’m staying right where I am and proving to Sal every day that I’m her guy. I have to meet Mack and Josie too but Mack’s already told me on the phone that any guy who can tame Sal is his kind of guy too.
Sal is definitely one lucky girl.  Thanks Doyle for taking time away from Mrs. Carney and Boxer to talk with me.
Thank you for asking me so nicely. (smiles)

Check out my 5 star review of Ask Me Nicely here. 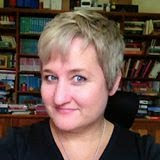 Multi-award winning and USA Today bestselling author Amy Andrews is an Aussie who has written fifty romances from novellas to category to single-title in both the traditional and digital markets for a variety of publishers. Her first love is steamy contemporary romance that makes her readers tingle, laugh and sigh. At the age of 16, she met a guy she instantly knew she was going to marry so she just smiles when people tell her insta-love books are unrealistic because she did marry that man and, twenty odd years later, they’re still living out their happily ever after.

She loves good books, fab food, great wine and frequent travel – preferably all four together. She works part-time as a PICU nurse and lives on acreage on the outskirts of Brisbane with a gorgeous mountain view but secretly wishes it was the hillsides of Tuscany.