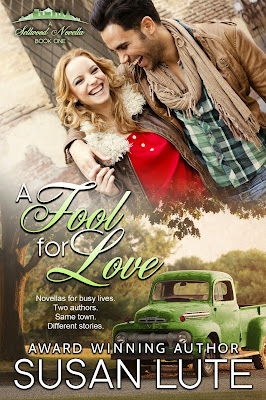 Alice York lives a nomadic life working as a classic car mechanic so she can follow her dream of painting landscapes. Then she breaks down in Sellwood and takes a temporary job with sexy Zach Barret, but getting drawn into this single dad's delightful family is not on the menu.


Zach Barret has two priorities – be the best dad he can to his twelve-year-old daughter and keep Martha's Elder House running without hiccups, a challenge at the best of times since his granddad persists on chasing off the hired help.

When a gypsy caravan-style truck breaks down at Martha's curbside, the last thing Zach needs is an impulsive pixie rocking his boat. The more determined he is to stay away from the free-spirited, green-eyed nomad, the more he finds one kiss is not enough. Uncovering her secrets in paintings of empty swings and merry-go-rounds puts a new priority in the top spot on his short list. Can he convince this stunning woman to park her truck permanently in his drive?

Zach turned his attention to Alice. Unfortunately he hadn't put his best foot forward when he'd first encountered the foxy owner of the Ford. “Where were you headed when your fuel pump gave out?”
“Longview, Washington. Got a job there.”
“What kind of job, if you don't mind me asking?”
“I don't mind.” She nestled her chin in the palm of her hand, the sparkle in her eyes snapping with wry humor. “I work on classic cars.”
Remembering his first sight of her, he asked, “You're a mechanic?”
“Does that surprise you?”
The subtle scent of vanilla coming from her side of the table sent rational thought on a long hike in the opposite direction from practical reason. It was a good thing he was a grown man who had the power to stand up to steamy distractions.
“No.” The stranger his granddad and Lucy had invited to stay in their basement, who said she slept in her truck when it broke down, could be anything from a burglar to a most wanted criminal.
Stunning green eyes studied him. The punch to his gut wasn't that unpleasant.
Everything about the woman, the cut of her short, wispy, strawberry-blonde hair, the flowery dress that snuggled close to curves he couldn't help noticing, the energetic wave of slender hands when she talked with Lucy, all suggested an impulsive pixie who liked rocking the boat. He didn't like his boat rocked.

Susan is an award winning, multi-published traditional and Indie author. Her debut novel, Oops…We’re Married? was a Reader’s Choice nominee and Holt Medallion Finalist. She describes herself first and foremost as a wife, mother, sister, daughter, friend, dreamer, and novelist. An ardent student of human nature who loves ancient history and myth, she didn't grow up planning to be a writer. That didn’t come until much later, after her first publication – a little known article for Listen Magazine titled, Jessie’s Choice.
Other things you should know: Susan is the oldest child of a military family. She’s traveled to many places over the years, but has never been to Ireland, Paris, or Crete, an omission she hopes to someday correct. Her favorite places in the world are New York City, Sedona (Arizona), Ouray (Colorado), and Bath (England). And she believes the best things in life come in unexpected packages. She writes whenever she can. In between she works as a Registered Nurse, reads, gardens, takes lots of photos, travels whenever the opportunity arises, and remodels her house. She LOVES dragons. Currently she’s working on the next novel in her Dragonkind Chronicles, and dreaming up a new contemporary romance.