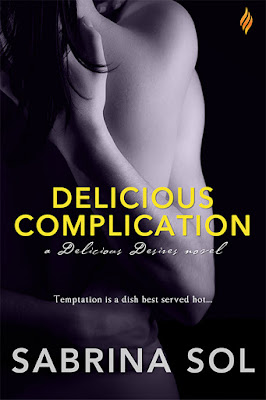 When their tequila-fueled make-out session hits the tabloids, Brandon is furious. At least until he realizes his "relationship" with Daisy is his chance to get his ill mother to Los Angeles for treatment. All he has to do is convince Daisy to be his pretend fiancée for two weeks...

Brandon laughed even harder. So hard that she could see tears in his eyes. As much as she liked seeing his mood lift, she hated to be the source of his amusement. Familiar pricks of annoyance stabbed at the back of her neck. “I don’t see what’s so funny.”
“It’s just…you try to act like you’re this tough, independent woman, and it turns out you’re not so tough after all. It’s…satisfying.”
Her irritation shot to threat level orange. “Whatever. You’re not perfect either.”
“I never said I was.”
Daisy slapped a hand on the bar. “Are you kidding me? Your whole life is about projecting perfection. Your hair, this suit, your car…the women you date. I’d be careful if I were you, Brandon. If you date any more Barbies, the tabloids are going to start calling you Ken. And we all know what poor Ken was missing.”
She lowered her eyes to his crotch and Brandon followed them. Then his head snapped back up and his laser stare went straight to her lips. “Trust me. The Barbies have no complaints. But if you don’t believe me, I’m happy to prove it to you, since I know you’ve been wondering.”
Invisible flames rushed up her face, burning her with both embarrassment and lust. She knew it had been a bad idea to drink with Brandon. She’d become too loose, too comfortable. And—before they started talking about his mom—she had started to become a little turned on. Damn alcohol.
Still, there was no way in hell she would ever admit he’d come close to the truth. He’d make fun of her again. Or worse, he’d sleep with her and then in the morning do whatever he could to make the situation go away.
Daisy had been tossed aside by enough people in her life. She wasn’t about to add a celebrity restaurant owner to the list. “Sorry, buddy. But there’s not enough tequila in this world.”
She watched his jaw muscle tense and knew she hit a nerve. Then his expression relaxed. “Suit yourself,” he said with a shrug before finally downing his shot. “Anyway, we both know you’re not my type. I like my women a little less bossy.”
Angry, mortified, and tipsy, Daisy jumped off the stool and bent to pick up her shoes. She tried to think of one last snarky comeback to toss at him before storming out of the bar. But when she stood back up, she couldn’t even form the words. It wasn’t her temper that left her speechless—it was the sight, just beyond Brandon’s shoulder, of her ex and that bruja Ginger snuggling in a corner booth.
Brandon noticed her still standing there and waved his hand. “Hello? I thought you were leaving?”
Daisy dropped her shoes and quickly slid her stool out of the way so she could reach to pull his hand down. That’s when Luis caught her eye and waved. “Great. Just great,” she muttered. “Now he knows I’m here.”
“Who knows?” Brandon moved as if to turn his head to see who Daisy was staring at.
“No. Don’t look.”
But it was too late. Brandon looked and then Luis awkwardly waved at him, too. He whispered something in Ginger’s ear and she nodded. Daisy watched as her ex called the waitress over. Her stomach sank. They were going to come over for a chat. She knew it. It had been awful enough to have to fake a smile every time she ran into them during the reception. But now, with a few tequila shots in her, Daisy doubted she could playact one more time. She was fired up from the last rumble with Brandon, in more ways than one.


There was no telling what she’d do if that witch waved her gaudy ring in front of her again. It would be bad for her to make a scene, or worse, get thrown out for making a scene. How could she hope to plan another wedding at the hotel if the owners had a restraining order against her?
She needed a buffer. Something or someone to make sure that she didn’t make a complete ass of herself.


That’s when the most ridiculous idea popped into Daisy’s head. So ridiculous she had to cover her mouth to stifle the giggle threatening to erupt. The man was dealing with the news that his mom had cancer. He’d probably never go for it. But as she watched Luis pay his tab, her ridiculous idea started sounding better and better.
“Kiss me,” she blurted to Brandon as Luis and Ginger stood up from their table.
Brandon choked on the drink he’d just taken. “Excuse me?”
“Look, I hate being that girl but, screw it, I am. So kiss me.”
“You just said there wasn’t enough tequila in the world.”
“Yeah, well. Desperate times call for desperate measures. Kiss my lips. Now.”
“Desperate? Forget it. You’re crazy if you think I’m going to kiss you after you just insulted me.”
“Oh my God. Would you do something useful with that tongue of yours for once and kiss—”
Brandon pulled her toward him and kissed her—hard—and his mouth swallowed up the rest of her sentence. At first, she was too shocked to kiss him back. Her eyes had been focused on Luis and Ginger walking toward them. But as Brandon’s warm tongue pressed forward, seeking entry, she no longer saw anything or anyone. She opened to him and he released a low groan that weakened her knees. She wrapped her arms around his neck, and he pulled her further into his chest. Her heart thumped madly as the rest of her body hummed with desire.
Holy hell. She wanted Brandon. Bad.
The sound of someone clearing his throat jerked her back into consciousness and she pulled her tongue of Brandon’s mouth. Their eyes met briefly and the desire reflected in his gaze sent another blast of heat through her. She turned away so as to not melt into his arms one more time, and faced an uncomfortable-looking Luis and an open-mouthed Ginger.
“Oh, hey guys. Are you heading home now?” She tried to sound nonchalant despite the fact Brandon had pulled her backward until she stood between his legs and hooked one of his arms around her waist.
“Yeah. We decided to have one last nightcap,” Luis said. He smiled at her but his eyes fell on Brandon.
The two couples stood there in silence for a few seconds before Luis reached out his hand to Brandon. “I don’t think we’ve met. I’m Luis Arroyo and this is my fiancée Ginger Soto.”
Brandon uncurled his arm from Daisy and shook Luis’s hand. “Good to meet you. I’m Brandon Montoya, Daisy’s boyfriend.” 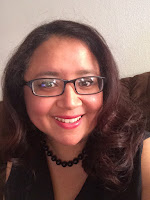 a Rafflecopter giveaway Follow
Posted by Kim at 4:17 AM