TO DARE A SEAL by Sara Jane Stone ~ Interview & Giveaway 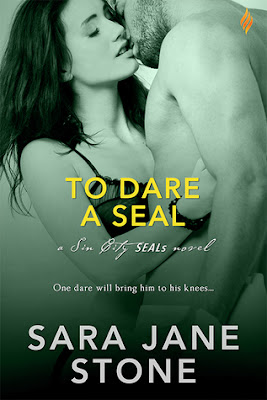 Playing best man in his teammate's Las Vegas wedding is not U.S. Navy SEAL Jack Barnes' idea of a vacation-especially when the maid-of-honor is the one woman who knows how to push his buttons. Now his teammates are taking bets on whether he'll end up in the fiery bartender's bed. Not one to turn away from a challenge, Jack vows to seduce Natalie Lewis. And he'll do so on his terms-demanding complete control.

The tantalizing SEAL may have a hand-over-your-panties smile and a body she'd love to explore, but there's no way Natalie's falling into his bed. No, she's going to get revenge. After bringing Jack to his knees with a series of Sin City dares, she'll walk away. It's the perfect plan-until it backfires. Beneath his devil-may-care attitude, Jack's unbridled desire proves irresistible. But he also requires the one thing Natalie can't give. Control.

I seriously loved To Tempt a SEAL.  I couldn't wait to read Natalie and Jack's story.  I mean you could tell there were fireworks between the two. Tell me what readers can expect with To Dare a SEAL.
I loved To Tempt a SEAL too! It makes me so happy to know readers are embracing this series. (smiles)

As for what readers can expect in this To Dare a SEAL? Banter and lots of it! Jack and Natalie are like oil and water together. And major fireworks in the bedroom, shower, hotel hallway . . .

Could you give me a mini bio on Natalie and Jack?
Sure!

U.S. Navy SEAL Jack Barnes enlisted in the Navy after High School with dreams of becoming a SEAL. The youngest child, he grew being teased and tormented by his older brothers. He possesses a panty-melting smile, but it doesn’t seem to work on the one woman he’s wanted for so long—Natalie.

Natalie Lewis lost her parents to a tragic car accident and spent her teen years moving between foster homes with his sister Lucia. At the third home, their foster father attacks her younger sister, leaving a scar on Lucia’s face. Natalie struggles with guilt over this attack. But her childhood also left her with a though-as-nails exterior. She’s a hand-over-your boxers type of girl who can stand up to a SEAL any day. But her attraction to Jack just might be her downfall . . .

In this story, who surprised you the most Jack or Natalie and why?
Natalie. She’s so strong, serving drinks to SEALs night after night. And she’s always done her best to look out for her sister. But there’s a part of her that believes good things—like love—just don’t happen to her. I was halfway through writing the book when I realized this.

You recently had a new addition to your family.  What's his name and how are things going?
Yes! We recently welcomed a new dog. His name is Figo and he’s adjusting well to our new home. He’s a big dog with lots of energy so we’ve been spending a lot of time hiking together. And he’s great company while I write. But my cat would like to send him back . . .

Tell me about one of your favorite scenes from To Dare a SEAL.
I loved writing the scene through the bathroom door. For me, this super sexy moment when Jack is trying to seduce Natalie with the power of his words, telling her a story that will leave her begging for him (and an orgasm (smiles)))—this scene truly highlights her fears and insecurities. And it is super HOT too!

Can you tell me who's next in the Sin City SEALs series?
Dante! I’m so excited to write this SEAL’s happy ending. He’s appears in both Sin City SEAL stories as he struggles with his wife’s infidelity followed by the end of his marriage. And the heroine is a country music star! I’m crazy about country music so this one will be very fun to write. (smiles) To Seduce a SEAL is set to release sometime in 2016.

Thank you so much for taking time to answer some of my questions. Congratulations on the book.
Thanks for having me Kim! I hope to see you and your readers on Facebook soon! I stop by everyday, love answering reader questions, and offer fun giveaways. I’ve also recently discovered Instagram. Find me at sarajanestoneauthor! I share pictures from my everyday life with the kids and dog. (smiles)

The Sin City SEALs Series:
(Click on the book covers for more information or to purchase from Amazon.)

To Tempt a SEAL ~ Review 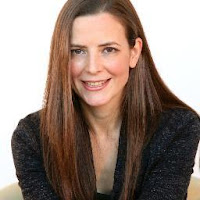 After several years on the other side of the publishing industry, Sara Jane Stone bid goodbye to her sales career to pursue her dream-writing romance novels. Sara Jane currently resides in New York with her very supportive real-life hero, two lively young children and a lazy Burmese cat. Visit her online at www.sarajanestone.com or find her on Facebook at Sara Jane Stone.

a Rafflecopter giveaway Follow
Posted by Kim at 4:28 AM