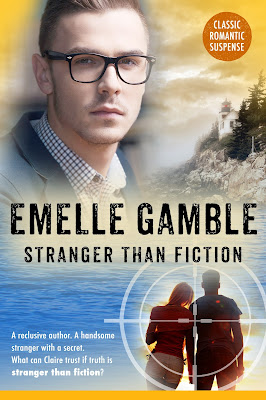 Set in New York City and Narragansett, Rhode Island in 1990, meet Claire Kennedy, successful mystery book editor at Cauldron Press. Her most famous client, the reclusive Sarah Winesong, has written her first new novel in five years, and Claire is ready to break out the champagne!
And then, in walks Tony Nichols. He’s gorgeous, angry and full of accusations that start with “Cauldron Press stole my book” and end with “Sarah Winesong is a fraud”.
This contemporary cozy mystery has a stellar cast of would-be villains and one real one who will stop at nothing to eliminate his nefarious scheme from coming to light, including stalk and try to kill Claire and Tony!

Tony Nichols used both hands to push through the revolving door into the Waldorf Astoria. A second later he stood inside the hotel, his dark eyes methodically searching the throng of well-dressed guests.
The woman he sought was nowhere in sight.
Keeping his head down and his shoulders square, Tony walked through the richly paneled lobby. His demeanor was defensive, as if he expected to be asked to leave.
The people around him flashed discreet smiles, and their intimate conversations annoyed him.
Once he’d have felt right at home threading through this throng of professionals, greeting and being greeted affectionately. But today only disinterested glances were cast his way, the sour tang of insults too long held back burned in his mouth.
The person at the front desk directed him up to the third floor, where the socializing was now in full swing. Usually courteous, Tony snapped a curt no when a tray of canapés was offered to him by a gaping waitress. With a deep breath he reminded himself to stay calm until he had completed his task.
Everything was at stake.
Lengthening his stride, Tony reached the doorway of the main banquet room. A skinny redhead in a black sequined gown standing in the shadows took him by surprise.
“Why don’t I fill out a name tag for you? We really aren’t all that mysterious here.”
Turning to her, the lean muscles working slowly in his jaw, Tony measured out his words. “Why don’t you. The name’s Poe. E. A. Poe.”
The redhead smiled. “Poe. How appropriate. Any relation to the Poe?” Her black felt marker squeaked against the paper.
“Just in spirit.” Slapping the white adhesive tag against his shirt, Tony walked over to the table bearing a Register Here sign. The chairs behind it were empty, but a banner tacked on to the wall behind it heralded the 45th Annual Mystery Writers Convention. He was in the right place.
So where the hell is she?
Turning back to search the now even more crowded room, his anxiety began to turn to anger. He fixed his stare on the groups of threes and fours moving into the room and studied each woman. Several, including a couple of blonds, returned his look.
But he did nothing to encourage any of them to speak to him. Only one woman interested him today.
Look for a tall blond woman about thirty with freckles. She is wearing a scarlet jacket and miniskirt. With a croc belt.
Isn’t that what the receptionist at Cauldron Press had said? Damn, every other woman here had on that color, he thought.
He discarded his original plan. He had planned to confront the editor in her office when Cauldron’s secretary told him the woman would not be back until Monday. But Tony now realized it might be impossible to find her in this crowd or, once finding her, to get her alone. But he had to keep trying. His business could not wait five days.
Tony was jostled out of his thoughts when a large group of Mystery Society members moved in his direction. Backtracking to the banquet room doorway, he noticed that the redhead was gone. Most of the people were sitting at the tables inside, as a battalion of waiters bustled around the room. He glanced at his watch.
It had been twenty-four hours since the phone call that had confirmed his suspicions. Time was running out. He had to find Claire Kennedy now.
Find her. And convince her she would be better off dead than publishing that book.

Classic Romantic Suspense Books:
(Click on the book covers for more information and/or to purchase from Amazon.) 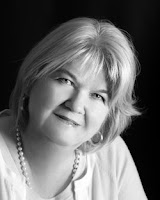 Emelle Gamble became a writer at an early age. At six years old, she was bursting with the requisite childhood stories of introspection, and this itch to tell tales evolved into bad teen poetry and tortured short works that, thankfully, never saw the light of day, or an editor’s red pen.
She took her first stab at writing a novel in an adult education class in Mobile, Alabama when her kids were in bed for the night. As ‘M.L. Gamble,’ she published several romantic suspense novels with Harlequin Intrigue. She now publishes novels of Ordinary Women in Extraordinary Situations with SoulMate Publishing and Posh Publishing …works ranging from women’s fiction to thrillers and romantic suspense.
Always intrigued by the words ‘what if’, Gamble’s books feature an ordinary woman confronted with an extraordinary situation. Emelle celebrates the adventurous spirit of readers, and hopes each will enjoy the exciting and surprising journeys her characters take.
Emelle lives in suburban Washington D.C. with her hero of thirty years, Philip, and two orange cats, Lucy and Bella. Like all good villains, the cats claim to have their reasons for misbehaving. Her children are happily launched on their own and are both contributing great things to society, their mother’s fondest wish.
Emelle welcomes any reader interested in emailing her at emellegamble@aol.com and hopes they will visit her website, www.EmelleGamble.com or her Author Emelle Gamble FaceBook page.

a Rafflecopter giveaway
Follow
Posted by Kim at 12:09 AM