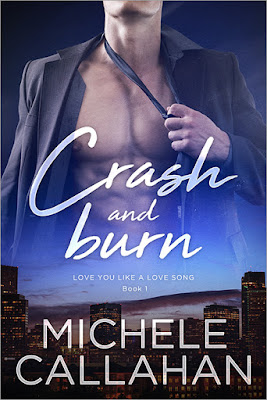 A childhood promise has Chance Walker picking up a guitar once again. Sure, he's been busy growing up, finishing college, and even law school. He made a promise to his dying mother and he’s determined to keep it. While his guitar playing dreams were big when he was a kid, his skill is rusty and he hires Erin Michaelson to bring music back into his life. Not only is she incredibly talented, she's one of the sexiest women he’s ever met. It's hard to focus on correct finger position when her sweet scent threatens to drive him out of his mind.
Less than twenty-four hours after his first lesson he sees her again, but this time she’s on stage using another name and seducing an entire audience of men. He played the gentleman card once, and it got him nowhere. This time, all bets are off and he’ll do whatever it takes to keep her. A single, sizzling backstage kiss will change both of their lives forever, because Chance soon realizes that Erin is not just an itch, she’s an obsession that he refuses to live without.
Erin Michaelson spends her days teaching guitar and her nights on stage as her sexy alter-ego, Eva James. Music is her dream, her passion. All she wants is to say goodbye to a lifetime of scraping by, working two jobs, and paying for past mistakes. When a major record label exec hears her band play, she gets her big break. But life can be a real bitch, and meeting Chance now is just bad timing.
Problem #1: The record label wants her to dump her band and move to L.A. Problem #2: She hadn’t counted on Chance Walker and the scorching heat of that first kiss. And last but not least is Problem #3: Is Chance really falling in love with the dull guitar teacher, or is he really just lusting after the sexy Eva James?
Will success make all of Erin's dreams come true? Or will falling in love make them both crash and burn?

“Do you want to kiss me?”
Erin licked her lips. He was asking her. Giving her control and being a gentleman about it. And that, combined with the fact that she hadn’t been able to stop thinking about him since he’d walked out of the shop yesterday, had her nodding her head before she’d even answered his question.
“Yes.” Erin dropped her head back with a soft moan as Chance’s lips traced heated patterns across her cheek. He shifted slightly, holding her face still with gentle hands as he took his sweet time lowering his mouth to hers.
She could hardly breathe. Her whispered admission had sent her over the edge and into the dark abyss where common sense and reason ceased to exist. He leaned forward and the kiss started as a gentle exploration, as if he needed to coax a wild animal, like he was afraid she’d run.
He didn’t taste her, he plundered and explored. His kiss branded her with the faint taste of whiskey and heat. He owned her mind and her body in that moment. He left her nowhere to hide and no room to retreat. She was on fire and her world narrowed to the exotic taste of his mouth, the strong arms that circled her waist, the aggressive heat of his body pressed to hers, and the soft glide of his hair in her fists as she pulled him closer, demanded he give her more.
She whimpered and the needy sound barely registered. In some far away, logical place in her mind, she knew she’d never made that sound before. It should have served as a warning, instead it pushed her further into madness. She never wanted to stop…

The Love You Like a Song Series:
(Clicking on the book covers will take you to Amazon.) 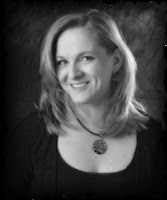 M.L. (Michele) Callahan is a sci-fi fanatic and full time writer whose earliest movie memories are of Luke Skywalker, Han Solo, and light sabers. (Still waiting on Santa to come through on that one.) ML writes sci-fi action adventure as ML Callahan, and romance as Michele Callahan. Fans of Hugh Howey's Wool series, Wayward Pines, Kresley Cole's Immortals After Dark, Sherrilyn Kenyon's League Series, or Karen Marie Moning's Fever Series will not be able to resist Callahan's complex world building, twisting plot lines, or unique premise. Callahan writes something brand new in the science fiction arena with character driven stories that read more like adventure books than hard science manuals. The Timewalker Chronicles are like nothing you've ever read before.