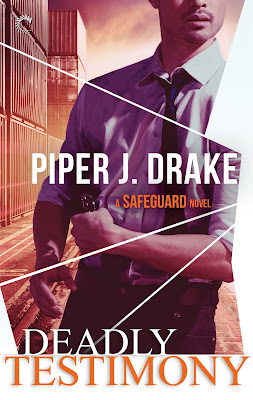 The stakes have never been higher as an elite team member must outwit a dangerous killer and save the man she's sworn to protect. The second installment of the exhilarating Safeguard series from Piper J. Drake.

Kyle Yeun didn't start out bad and he doesn't intend to end his life while on the wrong side of the law, either. His testimony to his former employer's environmental misdeeds has earned him a protection detail compliments of the US government. But due to a dark international conspiracy Kyle was unaware of, his former employers have made ending his life a top priority. Realizing he needs more protection than the US Marshals can provide, he turns to Safeguard after seeing the beautiful, deadly Lizzy Scott in action.

One look at Kyle, and sniper Lizzy Scott knows this isn't going to be an easy protection job. He's arrogant, irritating and almost irresistible. Instead of being put off by her hardened attitude, Kyle seems to thrive off the challenge. And she's slowly giving in to his charms.

After narrowly escaping the latest assassination attempt, Lizzy starts taking dangerous risks to keep him safe. But the last thing Kyle wants is another life ruined because of his actions. He found his redemption in Lizzy's arms and he'll risk everything to make sure they both make it out alive. As will she, even if it means walking away from him to keep him safe.


With Deadly Testimony, Piper J. Drake has created a novel that truly shows how a female can be just as interesting in the role of bad-ass military sniper as any guy. The dialogue is very entertaining and there is an excellent balance between the scorching romance and the main characters’ attempts to stay alive while being hunted down by unknown assailants. More importantly, this novel is very straightforward and is easy to follow. The suspense elements are not complicated and the action is free flowing without being boring.

Isabelle “Lizzy” Scott is a no-nonsense sniper/private security expert who is accustomed to being underestimated by her clients and colleagues. Her petite stature tends to cause others to dismiss her at their own peril. She is truly a force of nature and can stand her ground versus men much larger than her. When she stumbles upon Kyle Yuen as he is being cornered by a group of thugs sent to intimidate him, she nonchalantly rescues Kyle and later finds herself being assigned as his personal security by her company Safeguard. Kyle is currently under the protection of the US Marshals and the Seattle Police Department while he is waiting to testify against his former employer regarding some illegal activities that he knows about but did not participate in. There is an immediate spark between Kyle and Isabelle that at least Isabelle attempts to deny so that she can stay focused on providing top notch security to her new client.

Isabelle and Kyle end up going off the grid after their additional support detail gets attacked and it becomes clear that there is an imminent threat. Their close quarters lead them between the sheets and things truly heat up just as their attackers seem to get closer. As the chess match intensifies, Isabelle goes on the offensive and shows just how good she is at her job. The best part of Deadly Testimony is that Isabelle never regrets getting physical with Kyle. Neither of them knows where the relationship may go but they don’t spend anytime dwelling on any negative aspects of them hooking up. They both agree to just wait and see what happens. Most books tend to make it seem as if sex just automatically has to make things complicated and distracting. Isabelle is always in charge, but she continues to communicate and never shuts down. She doesn’t second-guess herself and acts with confidence and focus. Both Kyle and Isabelle experience an enormous amount of personal growth throughout this ordeal which makes them admirable and relatable.

I look forward to reading other books in this series. I hope that the other books also depict strong women making firm decisions. Plus, I appreciated the action sequences that were written with imagination without being gruesome.

**Received a copy from Carina Press in exchange for an honest unbiased opinion.**

The Safeguard Series:
(Clicking the book covers will take you to Amazon.) 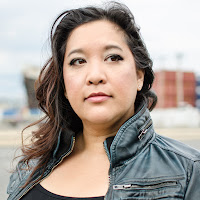 Now, PJ is exploring the complexity of romantic suspense, incorporating her interests in mixed martial arts and the military into her writing.