Review ~ THE SHARK by Mary Burton 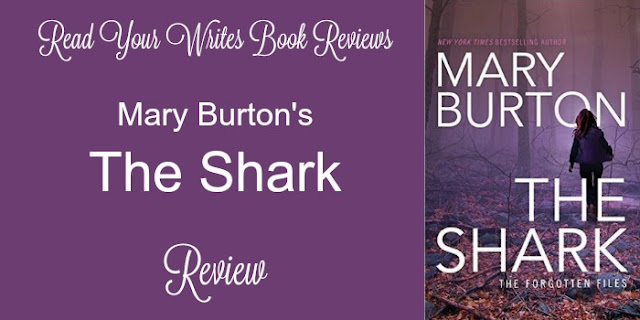 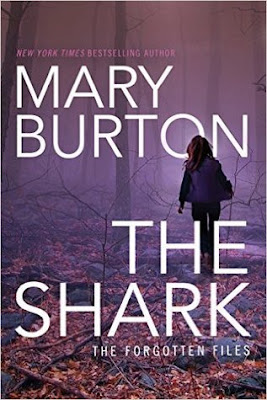 At the grisly murder scene of a teen prostitute, Virginia state trooper Riley Tatum’s past roars back to haunt her. When she was a teenage runaway, she was kidnapped, drugged, and left unconscious on the streets. She has no memories of what happened, only strange recurring dreams of two men playing cards.

Former FBI agent Clay Bowman, Riley’s old flame, is Shield Security’s newest member. He’s plagued by the unsolved case of a serial killer nicknamed the Shark who murdered girls as part of a sadistic poker game. Only one girl survived. With the Shark now bent on evening that score, Clay has a chilling suspicion: Riley is the girl who escaped the Shark’s deadly amusement—and she is his next prey.

As the Shark gets ready to play his hand, can Riley and Clay stop him—or will this killer finally claim the one who got away?

The Shark is the first book in Mary Burton’s new series, Forgotten Files. It’s a romantic suspense that is heavy on the suspense side. The romance plays a secondary role but it is still an important piece of the overall story. The story revolves around Virginia State Police Trooper Riley Tatum. Riley ran away from home when she was a teenager twelve years ago in order to escape her stepfather who was likely going to rape her. As a runaway, she was drugged, abducted, and later used as a prize in a life or death poker game. The problem is that she doesn’t remember any of it although it all comes crashing down on her when a bunch of dead bodies start showing up around town that happen to look just like her.

Without taking away from any of the suspense, I’ll just say that Riley’s good police work gains the attention of a high stakes gambler called The Shark. The Shark just so happens to be the gambler who lost the bet that allowed Riley to be set free twelve years ago. The Shark never loses so he looks to have another chance at taking Riley’s life. Riley, with the help of former flame/former FBI agent Clay Bowman, isn’t going to be taken down easily. As Clay and Riley put the clues together, they rekindle the relationship that they had earlier on while Clay was her instructor at Quantico. As is always the case, their reconnection starts off a little bumpy but they figure things out. They both have their own baggage but Clay refuses to let any of that get in the way of keeping Riley safe.

Clay and Riley are good together. The story is very original and you will be very surprised how it all ends. There’s also a supporting cast of pimps and prostitutes to add to the list of people that will likely need years of therapy alongside Riley. I was very satisfied with how things ended and look forward to reading the next book in the series.