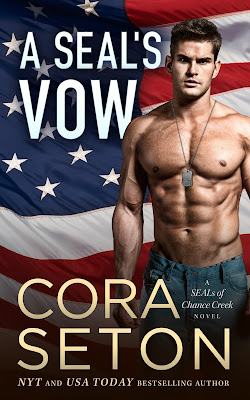 After fifteen long, dangerous years in the service, Navy SEAL Clay Pickett is ready for his new mission: build a model sustainable community and show the world an exciting alternative to a consumption-based life. If that means he’s got a deadline to find a wife in order to win the reality TV show that’s filming his sustainable adventure, so be it. He’s got just the woman for the job in mind: beautiful, dedicated Nora Ridgeway.

When Nora left her job as a school teacher in Baltimore to live a simpler, Jane Austen style life in Montana with her friends, she was relieved to escape the escalating threats of violence from an unknown student stalker, but she can’t help feeling she’s abandoned the other high schoolers who put their faith in her. She’s torn about Clay’s advances, too. On the one hand she’s never met anyone like the strong, sexy SEAL. On the other hand, life’s taught her to take relationships slow—and Clay’s on a deadline.

When arson strikes and Nora disappears, Clay knows he’ll need every trick he learned in his time with the SEALs to track her down and save her life.

Can two people caught by their pasts have a chance at a future?

Clay wrapped an arm around her waist, pulled her to him and explored her mouth with his, deepening the kiss until she clung to him, dizzy with the sensations swirling inside of her.

“We’ve got to take this slow,” Nora gasped.

“Slow?” Clay said. He searched her face. “What does that mean, exactly?” His breathing was uneven. Nora knew he wanted her and knew she was close to giving in to him. She wanted it too. But how would she feel tomorrow?

Clay visibly struggled get himself under control. “That’s a tall order,” he confessed with a lopsided grin.

“I know.” She hoped he had the self-control to pull it off. She wasn’t sure she did.

“Just kissing,” he agreed after a moment. “But a whole hell of a lot of it.”

“That’s perfect.” As he bent toward her, she met him halfway.

An hour later, when Clay walked her to the manor, Nora was practically panting with the need to be made love to. She ached for Clay’s touch—wanted so badly to be with him.

“I’m never getting to sleep,” Clay murmured in her ear when they paused outside the manor’s front door. “Can I at least think of you while I… you know?”

“Only if I can think of you,” she said honestly. She couldn’t even pretend she wouldn’t do the same as soon as she was upstairs alone. No way could she sleep in this state.

“We could help each other,” Clay suggested.

“Why not?” He pressed another kiss to the base of her neck and Nora felt herself slipping, wanting to give in.

“Because if you touch me much longer, I’m going to beg you to take me,” she confessed.

She knew all that Clay wanted to say. This was crazy. It was agony. It wasn’t fair.

But it was the way it had to be. In the morning light they’d still be at Westfield. Clay would still have to marry within two months. That still wouldn’t be long enough for them to really get to know each other.

Would it?
Purchase A SEAL’s Vow from:
Amazon | Barnes & Noble | iTunes | Kobo | Goodreads

The SEALs of Chance Creek Series:
(Clicking on the book covers will take you to Amazon.) 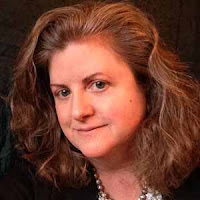 NYT and USA Today bestselling author Cora Seton loves cowboys, country life, gardening, bike-riding, and lazing around with a good book. Mother of four, wife to a computer programmer/environmentalist, she ditched her California lifestyle and moved north to laid-back Vancouver Island. Like the characters in her Chance Creek series, Cora enjoys old-fashioned pursuits and modern technology, and is never happier than when planting flowers or creating her next Chance Creek novel. Visit www.coraseton.com to read about new releases, contests and other cool events!

a Rafflecopter giveaway
Follow
Posted by Kim at 4:25 AM