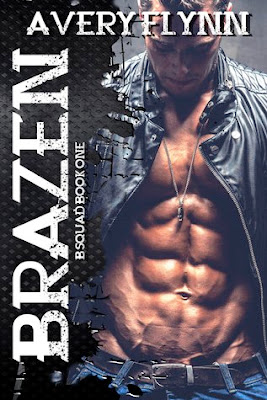 Falling in love is the easy part, staying together…now that’s the biggest challenge of all.

Everything is finally working out for Bianca Sutherland and Taz Hazard. They’re in love and running B-Squad Security and Investigations. They’ve planned the perfect operation to take down the dangerous drug kingpin who’s kidnapped one of Bianca’s best friends. Then Taz’s wife—who was supposed to be his ex-wife—shows up on the eve of the big rescue mission and threatens to blow up his and Bianca’s happily ever after.

The last thing Bianca wants after the revelation that Taz might still be married is to have to spend time with her former live-in boyfriend who never told her he’d ever been married in the first place. But it’s too late to change plans. To save her friend, she has to swallow her hurt and go undercover with Taz as a newlywed couple at an exclusive resort. The only thing Taz wants is Bianca and he’s willing to do whatever it takes to win her back. But when it’s his life on the line, will it be too late for him to show her that his past is over and she’s the only woman for his future…

Brazen is a stand alone novel and the first full novel in the B-Squad series. However, if you want to find out how Taz and Bianca met, check out Bulletproof, a novella set in Liliana Hart’s MacKenzie Security world.

Readers were first introduced to Bianca Sutherland and Taz Hazard in Bullet Proof, which is part of the MacKenzie Family Novella series.  In Brazen, the action picks up where I’m presuming Bullet Proof ended.  The best part is if you haven’t read Bullet Proof you can still follow along.

Bianca and her girlfriends who make up the B-Squad are on the hunt for a drug kingpin who has kidnapped one of their best friends.  Gidget’s kidnapping also ties into the DEA’s search for a powerful hallucinogen known as Genie’s Wish.  With the help of her new boyfriend, Taz, a retired boxer and his Romany brothers in arms the group travels the country in search of both.

Bianca and Taz each had less than desirable childhoods growing up, but for different reasons.  They’ve been together for six months and are already living together, but they don’t really know each other.  Their relationship is one of intense passion without a lot of verbal communication.  Their latest mission will put their lives on the line as well as their hearts.

It’s been awhile since I’ve read an Avery Flynn book.  I forgot how she manages to slowly ramp up the action until you’ve lost yourself to the book and nothing else matters.  Prepare yourself for a story of friendship, passion, a little suspense, and surprises.