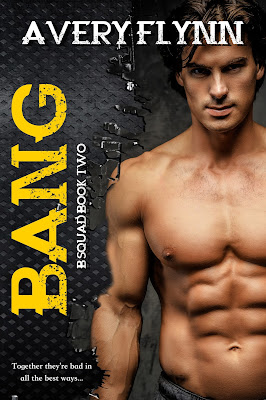 Freelance investigator Isaac Camacho has a weakness for bitchy blondes, and no one fits the bill quite like former beauty queen and gold digger Tamara Post. She’s sexy, feisty and on the run from a cult leader. Complicated women? Oh he loves them almost as much as he loves watching Tamara act like a total ice queen when he knows she burns white hot.
Calculating opportunist Tamara Post never cared what anyone thought about her—except for her sister. But when her sister dies, it’s up to Tamara to hide her teenage niece so the girl’s dictatorial father can’t marry her off to one of his disciples. The last thing Tamara has time for is Isaac—a man who flirts as well as he fills out a pair of worn jeans and whose stubborn determination to help makes it hard to act as if she’s really as cold as she appears.
When the bad guys find her, there’s only one person Tamara can depend on to help keep her alive until her niece is safe. But once the life and death chase is on, it’s not just their lives Tamara and Isaac are risking…but their hearts.

Avery Flynn knows how to write action packed, scorching hot books.  In Bang, the second book in the B-Squad series, she brings together two unlikely people who are explosive and a perfect match for each other.

Since she was a child, Tamara Post’s mother has drilled into her that looks and money are everything.  Forced into competing in beauty pageants and being with sugar daddies, Tamara has created and maintained an ice queen persona to keep her feelings at bay.  Now, with the death of her sister, Tamara is thrust into survival and protection mode when her niece's father tries to sell her off to the highest bidder.  There isn’t anything she wouldn’t do to make sure her niece is safe, even if it means blackmailing her ex-husband.

Isaac Camacho believes himself to be a lone wolf.  He’s running from and haunted by his past.  This former Marine always tries to do what’s right.  When Tamara tries to blackmail her former husband, Isaac is tasked with looking into her life.  When he discovers her brother-in-law is the leader of a cult and that there’s an arrest warrant out on Tamara for kidnapping, the good guy in him has to help her out.

Tamara never expected to find an ally in Isaac, in helping to protect and rescue her niece. Neither expected to fall in love with each other or find a home with B-Squad, the company owned by Tamara’s ex-husband and his fiancée.

I'm a huge fan of Melissa Cutler's ICE Black Ops series and the B-Squad series reminds me of that series.  Bang is really good.  Avery did a wonderful job of putting in details that allow the reader to visualize what's happening.  I just wanted more shoot ’em up, bang up action that I know Avery is capable of giving.  While the members of B-Squad make appearances, I wanted more time with them.
The characters of Tamara and Isaac surprised me with their depth, heart, passion and true personalities.  They made it extremely easy to lose myself to the book and their story.  I can’t wait for the next book in this series.
**Received a copy from the author in exchange for an honest unbiased opinion.**