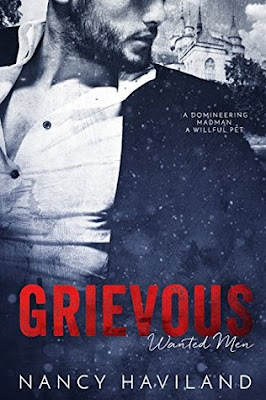 A domineering madman.  A willful pet….

Yasmeen Michaels’ first hours of life were spent nestled in a cloud of dirty blankets on the front stoop of an orphanage in the Bronx. Even though rejection and loneliness peppered her life, she still fought hard enough to step out of her past a free, independent woman with a bright future ahead of her. Darkness descends when a shocking ripple in the organized crime world sends a grieving Romanian mobster back into her life. Yasmeen wakes to find herself in a centuries-old castle in Romania; claimed not as Lucian Fane’s lover…but as his pet.

Lucian Fane is at ease in his place of power. He unapologetically lords over his business empire right alongside his criminal one. But when tragedy dares to cross his threshold, Lucian is sent into a tailspin and soon finds himself toeing the line between sanity and freedom. With his conscience gone, and in a bid to save his city from his wrath, he plucks an exquisite distraction from her world and tucks her away in his. Only then does he allow his demons free reign.

Even as Yasmeen once more finds herself fighting to hold onto her self-worth, the draw towards the darkness soon becomes too strong to resist. Will she be able to hold tight to her new owner as he freely drifts beyond her reach? Or will Lucian surface long enough to realize he’s pushing his precious pet too far to allow for forgiveness?

**ATTN: This book is the first part of Lucian and Yasmeen's story. It DOES NOT have a HEA. The completion of their story will come in book 7 in the Wanted Men series, scheduled for release in 2017

Grievous delves into the emotional state of a Romanian mafia boss named Lucian Fane who is deeply affected by the death of the remaining member of his family, Markus Fane. As Lucian seeks vengeance for his brother’s murder by someone who was trying to start a mafia war, Lucian attempts to channel his anger by kidnapping a beautiful young woman that he became infatuated with and had a one-night stand with two years ago. Her name is Yasmeen Michaels and she had no idea what she was in for when she shows up to Markus’ funeral in the U.S. to offer her condolences to Lucian. Lucian has his men drug Ms. Michaels and she awakes in front of a castle in Romania. Everything that happens next is nothing short of insane. Lucian tries to banish his demons by launching a sexual assault on Yasmeen unlike anything she had ever experienced. This brings Yasmeen both pleasure and pain. Much to Yasmeen’s dismay, she feels much more pleasure than pain and falls in love with Lucian although he doesn’t make any attempts to reciprocate.

Their interaction is all about psychosexual warfare. Yasmeen is introduced to some things that she didn’t even know she liked and she also inadvertently causes the death of several other people. Lucian is clearly a complicated madman that has no problem dispatching death and destruction while at the same time coveting the likely love of his life. Nancy Haviland does an excellent job of making Lucian both the villain and the victim. As a result, I was left just shaking my head while still wanting to find out more. I look forward to the continuation of their story.

The Wanted Men Series:
(Click on the book covers to purchase from Amazon.)