Review, Excerpt & Giveaway ~ ONCE UPON A ROYAL CHRISTMAS by Robin Bielman 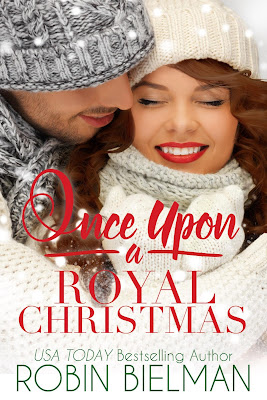 Colliding with a prince while dog walking isn’t how Rowan Palotay pictured meeting royalty, but then lately her life hasn’t gone according to plan. With one teensy tiny mistake, her job as a news reporter took a turn for the worse and now she’s lucky to have a small pet column in the local newspaper. Christmas is supposed to be a time of joy and magic, but she feels like she’s forever stuck on the naughty list.

Prince Theodore Chenery is in Marietta shortly after the death of his mother to meet his grandparents for the first time. When an accidental run-in—literally—with Rowan leads to an unexpected friendship, he finds himself enchanted with the outspoken, feisty country girl. She’s unlike anyone he’s ever met and her special brand of kindness and honesty make it harder and harder to remember his obligations back home.

Rowan can’t afford one more mistake, and Theo’s future is already mapped out, but when they find it impossible to fight the passion and deep-rooted emotions between them, they discover what matters most. Until their relationship makes worldwide news…and Theo must decide whether or not to follow his heart or his royal duty.

“You okay?” the prince asked.

“I’m fine,” Rowan said, pressing her shoulders back and raising her chin. “I’ve been hit with hundreds of snowballs.”

“You strike me as good target practice.”

She had no idea what to make of that comment. What a rude thing to say to someone who’d— “I just saved you from getting nailed by two snowballs and that’s what you say to me? Kind of insulting, don’t you think?”

“And for your information”—she almost said “bucko” but caught herself—“it’s an honor to have been hit by so many snowballs growing up here. You don’t get snow where you’re from, so you wouldn’t know.” He came from a small state along the Mediterranean coastline known for its beaches and yacht-lined harbor, and where the sun reigned supreme year round.

That earned her another arch of his brows. She’d probably be arrested for speaking so disrespectfully to him if they were in Montanique. But this was her home turf and he didn’t get to say whatever he pleased. Manners went both ways no matter who you were.

“I meant it would be fun aiming for you.”

She crossed her arms over her chest. That still sounded kind of harsh. Even though she was fun. “As opposed to aiming for…?”

“It was a compliment, Miss Palotay.”

She shifted her feet. Okay, so maybe this meant he wasn’t holding this morning’s incident against her. “Call me Rowan.”

“Really?” She’d called him that in her head, but out loud was something entirely different.

“It’s what my friends call me.”

“You are wanting in my pants.”

She threw her arms up in the air. He wasn’t serious. “What? I do not.”

“You don’t want to take my pants to be cleaned?” His calm, casual tone irked her. Rowan bet nothing ruffled this man, or gave him pause. Confidence and poise rolled off him like a summer breeze in the middle of winter.

“That’s not what you said. You said I wanted in your pants.”

“You must have misheard me.” The small, entirely too charming, curve of his lips told her she had not misheard him at all, and he enjoyed teasing her.

Robin Bielman takes readers back to Marietta for Christmas and introduces them to a prince and re-introduces them to a woman who are each at a crossroad in their lives.  Prince Theodore Chenery of Montanique has arrived in Marietta, Montana for the first time.  He’s there to visit with his grandparents, whom he’s never met and fulfill a dying wish of his mother.  Rowan Palotay is trying to bide her time and make a comeback as a reporter after being disgraced by a story.

The two meet on a crisp winter morning, while they’re both out walking.  Awe.  Such a perfect setup and so romantic.  Until one of the dogs Rowan is walking pees on the prince. Yeah, Robin has managed to put laughter into a book that at times is a little heart tugging.

Robin has once again proven to have the midas touch, with the ability to write a story that transports readers into the pages of the book.  All the characters, main and secondary, are down to Earth, fun, and relatable.  Once Upon a Royal Christmas combines humor, love, loss, family, and self discovery to make a magical fairy tale.

**I received a copy of this book from the author and voluntarily reviewed.**

Related books from Robin & Tule Publishing:
(Click on the book covers to purchase from Amazon.)

Falling for Her Bachelor ~ Review 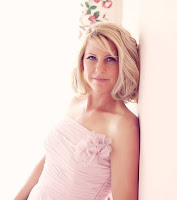 When not attached to her laptop, USA Today Bestselling Author Robin Bielman can almost always be found with her nose in a book. A California girl, the beach is her favorite place for fun and inspiration. Her fondness for swoon-worthy heroes who flirt and stumble upon the girl they can’t live without jumpstarts all of her story ideas.

She loves to go on adventures, and has skydived, scuba dived, parasailed, gotten lost in the wilderness (and only suffered a gazillion bug bites for it) hiked to waterfalls, and swam with dolphins. In her spare time she also likes to put her treadmill to good use while watching her favorite TV shows, take hikes with her hubby, indulge her sweet tooth, and play sock tug of war with her cute, but sometimes naughty dog, Harry.

She dreams of traveling to faraway places and loves to connect with readers. Keep in touch and sign up for her newsletter on her website at: http://robinbielman.com.