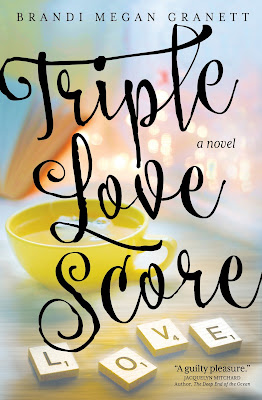 Miranda Shane lives a quiet life among books and letters as a professor in a small upstate town. When the playing-by-the-rules poet throws out convention and begins to use a Scrabble board instead of paper to write, she sets off a chain of events that rattles her carefully planned world.


Her awakening propels her to take risks and seize chances she previously let slip by, including a game-changing offer from the man she let slip away. But when the revelation of an affair with a graduate student threatens the new life Miranda created, she is forced to decide between love or poetry.

Miranda played mystery on a double word score with a blank tile. “Bingo,” she chorused. “Fifty points.” She hopped up to do a victory dance. As she did, her foot clipped the table, and the tile bag toppled over.


They both bent to pick them up. He smelled like Old Spice, the way her father did before the chemo made her mom’s nose too sensitive. “You,” Miranda started to say, to ask or to explain why she couldn’t stop staring at him.


Then his phone went off, startling them both.


He snapped backwards and patted down his pockets for the source of the interruption. He stared at the number. “I think I have to take this,” he said. “Some kind of hospital.” 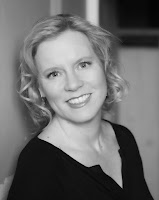 Brandi Megan Granett is an author, online English professor, and private writing mentor. She holds a PhD in Creative Writing from Aberystwyth University, Wales, an MFA in Fiction from Sarah Lawrence College, a Masters in Adult Education with an emphasis on Distance Education from Penn State University, and a BA from the University of Florida.


Granett is the author of My Intended (William Morrow, 2000). Her short fiction has appeared in Pebble Lake Review, Folio, Pleiades and other literary magazines, and is collected in the volume Cars and Other Things That Get Around.


In addition, she writes an author interview series for the Huffington Post, and is a member of the Tall Poppy Writers, a community of writing professionals committed to growing relationships, promoting the work of its members, and connecting authors with each other and with readers.


When Granett is not writing or teaching or mothering, she is honing her archery skills. She lives in New Jersey with her husband, daughter and two dogs.

You can follow the Triple Love Score Book Blast here.

a Rafflecopter giveaway
Follow
Posted by Kim at 3:30 AM