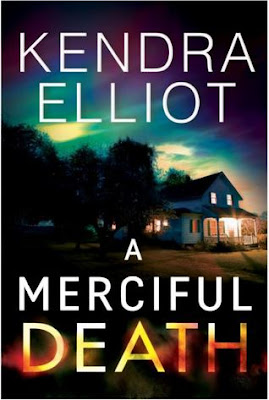 FBI special agent Mercy Kilpatrick has been waiting her whole life for disaster to strike. A prepper since childhood, Mercy grew up living off the land—and off the grid—in rural Eagle’s Nest, Oregon. Until a shocking tragedy tore her family apart and forced her to leave home. Now a predator known as the cave man is targeting the survivalists in her hometown, murdering them in their homes, stealing huge numbers of weapons, and creating federal suspicion of a possible domestic terrorism event. But the crime scene details are eerily familiar to an unsolved mystery from Mercy’s past.

Sent by the FBI to assist local law enforcement, Mercy returns to Eagle’s Nest to face the family who shunned her while maintaining the facade of a law-abiding citizen. There, she meets police chief Truman Daly, whose uncle was the cave man’s latest victim. He sees the survivalist side of her that she desperately tries to hide, but if she lets him get close enough to learn her secret, she might not survive the fallout…

A Merciful Death was a very intriguing and well laid out mystery and suspense.  The one problem that I had with it is that it was also supposed to be a romance.  Generally, in the midst of all the gruesomeness and horror that comes with murder/mystery, the romance helps to lighten the mood and show that there is still love in the world.  In this case, I didn’t really see that.  There were some glimmers of hope and forgiveness but they didn’t exactly come from the relationship between the hero and the heroine.

The book focuses on a small town in Oregon called Eagle’s Nest that has been overwhelmed by a couple of murders that point to the existence of a serial killer.  When former resident and current FBI Agent Mercy Kilpatrick returns after leaving home in shame 15 years ago, several old wounds are reopened.  In addition, a secret from Mercy’s past provides some insight into the current investigation.  As Mercy collaborates with local Sheriff Truman Daly, they attempt to deny their attraction to each other.  More importantly, Truman starts to notice that Mercy is not being totally truthful with him.  The longer that Mercy stays in town, the more she starts to regret having to come back to this town that she both loves and hates.  Eventually, it seems that her return was necessary for her to find closure and a brighter future.

Kendra Elliot did a great job of telling a story that didn’t seem like the usual suspense.  The characters were all very interesting and I truly felt empathy for what happened to Mercy years ago that had a profound affect on her and her entire family.  It’s a testament to how important family is to everyone.  I was also impressed by the fact that I had no clue who the killer was until it was revealed.  Be advised that some of the story gets rather gruesome because there is kidnapping, rape, and murder.  Some of which I didn’t feel really added to the story.

The Mercy Kilpatrick Series:
(Clicking on the book covers will take you to Amazon.)