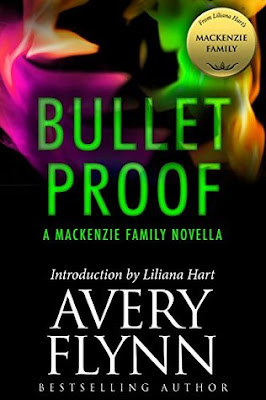 "Being one of the good guys is not my thing."

Taz Hazard’s only concern is looking out for himself and he has no intention of changing his ways until he finds sexy-as-sin Bianca at the most notorious mansion in Ft. Worth. Now, he’s tangled up in a missing person case tied into a powerful new drug about to flood the streets, if they can’t find a way to stop it before its too late. Taking on a drug cartel isn’t safe, but when passion ignites between them Taz and Bianca discover their hearts aren’t bulletproof either.

Bianca has been working out at Taz’s gym for the past 6 months while she has been preparing to get her Private Investigator credentials and open up her own business.  She is at the sex party following a lead that she hopes will help her find an old friend named Gidget who has gone missing.  Taz intercepts her and ends up helping her on her mission which ends up being a little more than she bargained for.  Although Taz portrays himself as a selfish pain in the butt, he genuinely has more than just carnal feelings for Bianca.  Their attraction is evident and eventually they find release which may require several cold showers as you read along.  The story may be short but the images will last for a while.  Of course, it wouldn’t be a good romance without the necessary amount of baggage but I can say that I was at least intrigued by the drama although nothing could overshadow the sex.

Bullet Proof is most definitely a quick and dirty read, pun intended.  The passion was intense and the characters were interesting so I would love know what happens next as there were a lot of loose ends.

The MacKenzie Family Novella Series:
(Clicking on the book covers will take you to Amazon.)