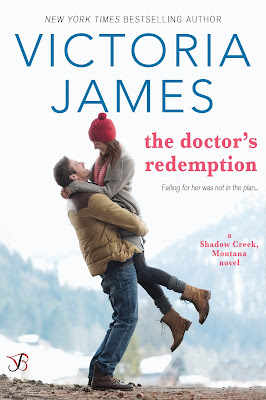 Gwen Bailey has been busy taking care of everyone but herself. After a tragedy tore her family apart, she put her dreams aside to be with family. Now that her life is getting back on track, and her new Chocolaterie is open, she can concentrate on snagging the handsome, mysterious customer who has her dreaming about her own happily-ever-after...
Doctor Luke Thomson has spent the last five years filled with guilt. He hopes to make amends in Shadow Creek, however he doesn't count on falling for the adorable and gorgeous Gwen Bailey. He vows to not get involved with her, but she's too sweet to resist. It's only a matter of time, though, before the truth comes out. Luke knows there's no way Gwen will look at him the same way once she discovers his secret…

“I notice you. I notice everything about you. I know that this entire town loves you. I know you sneak a chocolate muffin in the morning and eat it bit by bit while you’re serving customers. I know you only charge that old guy with the beard half the actual price of his breakfast order. I know you hate tea even though you pretend to know what you’re talking about when customers ask you your favorite. I know you hate wearing mascara. I know that for some reason you used to wear baggy boring clothes and all of a sudden this week you’ve started dressing in color, in clothes that show off an incredible body. And I know that I’ve wanted to kiss you since the first day I met you. I think you’re incredibly hot and sexy and I didn’t want you to go home with some random guy tonight. I wanted you to go home with me.”

He lowered his head and finally took her mouth against his, kissing her, wrapping her up close. She molded herself to him, full curves pressed against his body, setting him on re. He knew that kissing Gwen would be pretty awesome, but he hadn’t expected just how good. She t against him like no other woman had ever. She kissed him back, making little sounds that were driving him insane, and he knew that this wasn’t going to be enough.

The Doctor’s Redemption, the third book in Victoria James’ Shadow Creek, Montana Series is the story of Gwen Bailey and her mystery man known as The Muffin Man aka Luke Thomson.  This is a standalone read,  however, readers of the series will be happy to see past couples.

Five years ago, the Bailey family lost a son and grandson in a tragic car accident.  The resulting fallout forced a daughter-in-law/friend and twin son/brother to leave as well. During this time, Gwen Bailey had to pick up the pieces and try to keep what was left of her family together and take care of whatever it was her parents needed.  Now that the family is back together, happy, and thriving it's time to focus on her.

Luke Thomson is a man carrying around a lot of pain and guilt.  He’s in Shadow Creek to make amends for what he thinks he has done wrong.  What he didn’t expect to happen was to have feelings for Gwen.  Luke is about to find out that true love, forgiveness, and friendship finds you when you least expect it.

Victoria James is one of my favorite authors and an auto buy for me.  I’ve read all of her books so I know what she’s capable of.  Sadly, The Doctor’s Redemption wasn’t her best work.  That’s not to say that the story wasn’t enjoyable or that I didn't like it.  It was enjoyable and I did like it, but it wasn't what I expected from a Victoria James story. Victoria is known for her ability to write heart-wrenching scenes, which draws readers in and leaves them reaching for a box of tissue.  That was missing from this story.

The main characters of Gwen and Luke are very likeable.  However, I had issues with them. To me, Gwen came across as being too needy.  She refused to allow Luke to turn her down when she wanted to spend time with him.  There was a reason why he kept making excuses to not be with her.  I wasn't fond of the fact that Luke took things too far without coming clean with Gwen about his secret.  The secondary characters were all great and helped to pull the story together.  They were able to show what was truly important in life and love.

While The Doctor’s Redemption wasn't a huge hit for me, I loved that it eludes to the possibility of a fourth book, which I would definitely love to read.

The Shadow Creek, Montana Series:
(Clicking on the book cover will take you to Amazon.)

Christmas with the Sheriff ~ Review
The Baby Bombshell  ~ Review 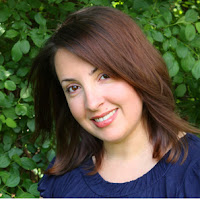 Victoria James is a romance writer living near Toronto. She is a mother to two young children, one very disorderly feline, and wife to her very own hero. Victoria attended Queen’s University and graduated with a degree in English Literature. She then earned a degree in Interior Design. After the birth of her first child she began pursuing her life-long passion of writing. Her dream of being a published romance author was realized by Entangled in 2012. Victoria is living her dream— staying home with her children and conjuring up happy endings for her characters. Victoria would love to hear from her readers!