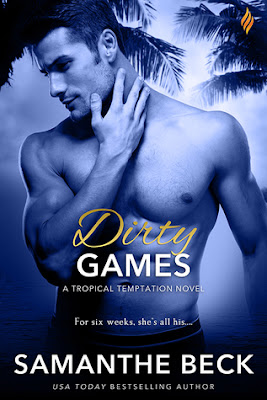 A five figure fee. A private villa at an exclusive tropical paradise. Absolute compliance. Top tier celebrity trainer Luke McLean demands all of the above, plus strict adherence to his zero bullshit policy. Especially when faced with six short weeks to whip a spoiled starlet into leading lady shape.

Quinn Sheridan suddenly has half the time she anticipated to turn herself into an action hero for the role of her career. Luckily, her agent calls in a secret weapon, but the demanding, drop dead gorgeous hardass fails to understand SHE’S the client. She has no problem taking direction, but Luke’s definition of cooperation feels more like complete and utter submission. And she’s tempted to give it to him...

Reviews are opinionated.  They generally come from what a person feels, doesn't feel.  Like, doesn't like.  You can have one person read a book and think it's the best thing since sliced bread.  You can have another person read it and not like it at all.  I've been on both sides.

I love Samanthe Beck’s writing.  I’ll be honest and admit that most of the time, I wish I was starring in her books.  Her heroes are perfect for me.  But Dirty Games just did not work for me.  I struggled, but finished the book because hello, it's Samantha Beck!

At any other time, she might have given me everything I look for in a book.  But not this time, in this moment.  Dirty talking hero, check.  Strong, sassy, passionate heroine, check. Passionate sex, it was there.  I just failed to connect with the characters.

Quinn Sheridan is definitely feeling the pressure to get in shape after dealing with her drug addict brother, demanding mother, and a production schedule suddenly pushed up by six weeks.  The last thing she needs is some holier than thou personal trainer who doesn’t like her, sight unseen.

Luke McLean doesn’t work with celebrities.  He just isn’t a fan after getting royally burned. However, he agrees to work with Quinn and get her in top shape at the request of her manager.  Luke has six weeks to turn Quinn into a lean, mean, fighting machine for her video game based movie.  Unfortunately, Quinn hears Luke make a general disparaging statement about actors.  Oops.

Luke goes out of his way to work with Quinn.  She’s paying him an enormous amount of money and is footing the bill for six weeks in a Caribbean paradise.  But she's ungrateful.  It doesn’t help that I hate to exercise and Luke believes in extreme pain.  I might have hated him a little bit for spanking Quinn after she accidentally ate six cookies.  I had moments where I thought finally, I’m going to fall in love with this story.  But just as the thought occurred, my happiness evaporated.  Quinn has a lot of family baggage going into the story. It appears that some of the drama gets resolved, but it just seemed too easy and too unrealistic.  There didn’t seem to be anger on Quinn’s part when it was deserved.  It leaves me wondering how this happy-for-now couple will truly have a happily-ever-after.


When not clinging to sanity by her fingernails or dreaming up fun, fan-your-cheeks sexy ways to get her characters to happily-ever-afters, she searches for the perfect cabernet to pair with Ambien.