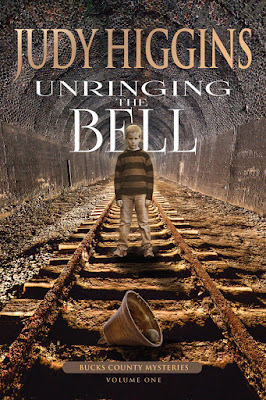 In the small town of Goose Bend, Pennsylvania, people don't forget. Especially something as sensational as 12-year-old Jacob Gillis burning down the town. Nineteen years later, Jacob returns, hoping for redemption. Instead, he finds himself entangled in a murder investigation. The prosecutor, taking advantage of Jacob's involvement with the victim's beautiful sister-in-law, threatens Jacob with loss of career and reputation if he doesn't play by his rules. Only by outwitting the prosecutor can Jacob save his future.

When Jacob Gillis was twelve years old, he burned down the town of Goose Bend, Pennsylvania. The fire didn’t actually consume the entire town – only two blocks of the four-block business section went up in flames – but when the folks in Goose Bend spoke of the incident, they persisted in saying that Jacob Gillis, abetted by his friend Charlie Garrett, burned down the town.

Jacob watched Laskey walk back to the Sequoia, his limp barely detectable, and for the thousandth time he wondered why his friend kept what had happened to his foot a secret. But there were some places Laskey didn’t go – formidable Laskey with his gruff manner and hard-muscled body. He was a private person and sometimes a grizzly bear, but he had a goose-down heart which he tried like heck to hide. But Jacob knew.

Laskey grasped the arms of his chair and pushed his feet hard against the floor to contain himself. For a brief moment, the thought had rushed through his head that a jail term for assaulting a DA would be worth enduring for the pleasure of smashing Inglehook’s head against his desk.

Laskey squared his shoulders, turned around, and looked Jacob in the eyes. “Don’t get yourself in a mess, Jake. Extrication isn’t always possible.” He started for the door.

“Give back the painting,” he called over his shoulder. “And Jake,” he paused and twisted around. “Don’t ever mistake pretty wrappings for the quality of the gift inside.”

I can almost guarantee that no one writes a first draft as bad as mine. I’ve learned to assiduously avoid classes, conference sessions, critique groups, or anything else where I have to write from a prompt. Even if I could read what I’ve written after scribbling, marking out, drawing arrows from one part of the composition to another, I refuse to. At least I used to refuse to. As I said, I no longer put myself into situations where I have to compose on the spot. Mine were always awful while everyone else sounded like words from a competent, wonderful.

What I discovered in one particular writing class was quite interesting. A third of the class were, or had been, in a university creative writing degree program. They wrote beautifully. The rest of us wrote clumsily, and had every bad writing habit known to man or woman. But there aren’t too many writers that I’d read just to enjoy the writing. Shakespeare, I guess. What I want is a good story.

But not a single one of the good writers had a story. Notice that I didn’t say: The didn’t have a good story. They didn’t have a story at all. Several of us who didn’t write so terrifically had great stories. Mine eventually won a prize.

The craft of writing is something that can be learned, but if someone doesn’t have a story to tell, then why bother? So, it doesn’t bother me that I have the absolute worst first draft in the world. If I have a good story, then I can fix all those things that are wrong with my horrible, terrible, no-good, very bad first draft.

I’ve had to do as much unwriting as I have writing. At first, I tried to sound “writerly.” My critique groups keep knocking me down for that. Talk about wordy.

Judy Higgins was born in South Georgia where she grew up playing baseball, reading, and taking piano lessons. To pay for her lessons, she raised chickens and sold eggs to neighbors. She attended Mercer University for two years, and then Baylor University from which she graduated with a BA in German. She received her MA in German literature from The University of Michigan. After teaching German for several years, Judy decided to become a librarian and earned an MA in Library Science at Kutztown University in Pennsylvania.

Judy’s life took an exciting turn when she left her teaching job in Pennsylvania to be Head of Library at the Learning Center School of Qatar Foundation. She lived in Qatar for eight years, enjoying the experience of living in a different culture and traveling to exotic places during every vacation. Recently, she returned to the United States and lives in Lexington, KY. Judy has two children, Julia and Stephen, two children-in-law, Jim and Erin, and four grandchildren: Kyle, Jon, Karina, and Addy.

Judy’s first book, The Lady, was a finalist in the 2012 Amazon Break-out Novel Award. The first two novels of her Bucks County Mysteries, Unringing the Bell and Bride of the Wind are available March 1, 2018. The series is set in an imaginary small town in Bucks County, Pennsylvania. Call me Mara, the story of Ruth and Naomi, is scheduled for publication in March, 2019.

In addition to writing, Judy’s passions include travel, tennis, elephants, and playing the piano.

You can follow the Unringing the Bell Blog Tour here.