Interview & Excerpt ~ NOT CHRISTMAS WITHOUT YOU by Jane Porter 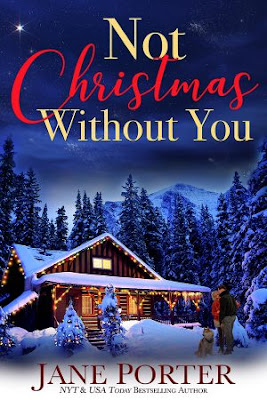 She’s swearing off men, but the rules don’t apply to him.

Charity Wright has a history of picking the wrong guys and has decided to swear off men for the month of December–no dates, no kisses, no holiday romance–a decision made all that much harder when she meets the man that could be her Mr. Right, Marietta native and professional baseball player, Quinn Douglas.

Just out of a long term relationship, Quinn Douglas isn’t looking for love at the Little Teton Resort, and he certainly isn’t interested in a girl from home, but now that he’s met Charity, he can’t get her out of his mind. Charity even has him rethinking his career and life on the road. Is Charity the missing piece he’s been looking for?

Hi Jane. Welcome to Read Your Writes Book Reviews. How are you?
I’m good. Thank you! I can’t believe it’s already December. The year has flown by.

I know! Congratulations on the release of Not Christmas Without You. What can you tell me about the book?
It’s a Christmas romance, and I have a huge soft spot for Christmas stories. I’ve written one every year since 2013 and some of my stories are filled with achy breaky emotion, and others are sweet. Not Christmas Without You is one of the sweet ones where the characters can unfold and grow and find their happy-ever-after.

Sounds good. Tell me about the characters of Charity Wright and Quinn Douglas.
Charity is the middle sister of the three Wright girls, and while she has a huge heart she secretly struggles with her purpose and place in the world. Quinn is the opposite of her—he’s a major league baseball player with the Seattle Mariners and he’s strong, confident and filled with purpose. But they do have quite a bit in common as they’re both from the same town and have similar values as well as a shared love of Montana.

What’s the significance of Charity swearing off of men for the month of December?
She’s tired of making mistakes, and doesn’t feel like she’s making good decisions, and so she’s decided to take a break from dating in hopes that she can get her confidence back. But let’s be honest, Quinn doesn’t make it easy for her to keep her resolution. If ever there was a dreamy hero, it’s handsome, rugged, smart, sexy Quinn!

What’s your favorite part of a book to write?
I have never been asked this, I don’t think, and it’s a great question. I keep coming back to it and I realize I don’t have a favorite part of a book to write, but rather every book for me has a moment that sings, and it's usually when I finally know why I’m writing this particular story and why these two characters need to be together. This book is a slow burn romance, which isn’t easy for me to write. I love intensity and strong emotion and Charity and Quinn made me dig deep to find their emotion but hopefully readers like their story and will be glad these two get their happy-ever-after!

Tell me a fun fact or two about Not Christmas Without You.
It was a challenging one to write from the very first page. Charity was supposed to be paired with a different hero and he wouldn’t show up and he wouldn’t show up and I was beginning to panic---story needed to go in and there was a heroine and no hero. And then one of my readers emailed me, asking about Quinn Douglas, and would he ever get another story and all of a sudden it all fell into place. The reason the other hero refused to step onto the page was because Charity wasn’t meant for him! Charity needed Quinn. And once I understood that Quinn was the hero, he took over the story. He was in charge and confident and Charity didn’t stand a chance...Quinn was going to win her over.

I love that. How does Not Christmas Without You fit into your Love on Chance Avenue series?
It wraps up the four book series, and brings together two of my favorite families—the Douglases and the Wrights. The series, LOVE ON CHANCE AVENUE, launched with Take Me, Cowboy, featuring Jenny Wright, and then Take a Chance on Me, featured Amanda Wright and last year’s Christmas story, Miracle on Chance Avenue, was about Rory Douglas, Quinn’s older brother so in this series you get love and family and community all set in small town Marietta, Montana.

I’m going to have to check this series out. Tell me about one of your favorite scenes from the book and why is it a favorite?
I don’t usually include animals in my romances but there is a lovely golden retriever that makes an appearance partway in this story and that beautiful dog really won my heart---as well as Charity’s and Quinn’s. Giving the dog (which Charity named Noel) the ending he needs was important, but it’s one of the more emotional scenes in this story and I think that scene, and the one that follows, is probably my favorite in the book.

What’s your favorite way to spend Christmas?
Home with my husband and three sons! We always go on Christmas Eve to my sister’s in LA for a traditional Polish Christmas dinner and then we host Christmas Day brunch and dinner for my husband’s family at our home in San Clemente so my kids can have stockings and presents Christmas morning in their own home. I am quite the traditionalist and make the same meals every Christmas—my ‘famous’ ham and cheese strata, with sliced orange and homemade cinnamon rolls for breakfast and then a prime rib or roast beef dinner later in the day.

Ham and cheese strata sounds really really good. Jane, thank you so much for taking the time to answer some questions for me. I hope you and your family have a Merry Christmas.

Charity glanced at her watch, checking the time. They had several hours before dinner. “What are you going to do now?”

“Read.” She grinned. “And then maybe check out the pool area and the hot tub.”

He did join her at the outdoor pool, too. She was sitting submerged to her shoulders on the wide pool steps, steam rising all around her, as he arrived. His cheeks were still dusky from exertion and his eyes were bright.

She tried not to stare as he stripped down to board shorts, but it was impossible not to notice his body. Quinn had such a body – a big, muscular chest, and honed, chiseled abs, great legs, lovely muscular arms. He eased into the pool next to her, sinking into the warm water with an appreciative sigh.

“Have you tried the hot tub?” he asked, after dipping all the way under and surfacing again.

“I did but it wasn't much warmer than the pool,” she answered, admiring the way his biceps bunched as he sluiced water back from his face.

“I could try to turn up the heat.”

“That’s against the rules. There is a whole list of rules posted by the hot tub.”

“A hot tub is supposed to be hot.”

“You could get in trouble.”

“What are they going to do? Kick me out of the pool? Send me home? I’m not worried.”

She watched as he climbed from the pool and walked behind the small screen blocking the pool equipment. The freezing air didn’t seem to bother him at all. After a minute he returned, disappointed. “They’ve got the thermostat locked down. I can’t get it higher.”

The lodge door opened as he stepped back into the pool. A middle aged man wearing dark trousers and a matching vest came out, a resort name tag pinned to his vest. “It’s against the rules to tamper with the pool controls,” the lodge employee said irritably. “Please observe the posted rules, or refrain from using the premises.”

Douglas smiled unapologetically, which didn’t seem to go over well, with the resort employee.

“What are your room numbers?” The man asked.

“Why? Are you going to report us?” Douglas drawled, sinking deeper into the water, and tipping his head back against the tiled edge of the pool.

“It’s within my jurisdiction to fine you, or remove you from the premises.”

Charity shot Douglas an alarmed glance but he seemed to find the whole thing amusing. “It’s alright, buddy, no need to get worked up. I was just concerned that your hot tub isn’t hot, but on the lukewarm side.”

“That’s excessively hot, and dangerous when combined with drinking.”

“But we’re not drinking. And a little warmer would be nicer. Could we possibly request you set it to 102?”

“It’s at a proper temperature right where it is. If you’re not happy—“

“I’m happy, Phil. That is your name, right?” Douglas interrupted pleasantly, his bright eyes gleaming with mischief. “I was just thinking I could be happier, but if that’s not in your jurisdiction, I’m fine.”

Charity could tell Douglas was enjoying himself. At poor Phil’s expense. But then, Phil didn’t help his cause by being so incredibly uptight. “We’re good,” she said, giving Phil a sunny smile. “And I’ll be sure Douglas doesn’t touch the controls anymore. Sorry about that.”

Phil walked off in a huff and Douglas continued smiling as the door closed behind the resort employee.

“You almost got us thrown out of here,” she said to Douglas.

“I don’t think he really cared about making us happy.”

“Which is a problem for a place already struggling financially.”

She swam towards him and propped herself on the wall. “Do you think the situation here is really bad?”

He was silent a moment. “I think this could be their last winter if something doesn’t change.”

“Can your friend sell?”

“It’s an option, but he wouldn’t get all his money back, and he’s sunk everything into the place.”

She squared her shoulders and gave a little nod. “Then we just have to make sure we help him find his customers. They are out there. We just need to help spread the word.”

Douglas’s gaze swept her face and he gave her a slow smile. “Challenge accepted.”

There was something in his warm blue gaze that made her heart melt, and then when he smiled, that slow easy smile, her pulse jumped and she felt an electric little zing throughout her body.

He was something, he really was. And she had to be careful, so careful, because falling for him would be serious trouble.

The Love on Chance Avenue Series: 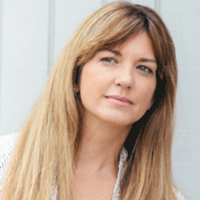 New York Times and USA Today bestselling author, Jane Porter holds an MA in Writing from the University of San Francisco and has written 50 novels since getting her first sale to Harlequin Presents in 2000. A six time RITA finalist, and RITA winner in July 2014 for Take Me, Cowboy, Jane is known for her passionate, powerful stories and relatable heroines. An advocate for writers, Jane founded Tule Publishing in 2013 to give romance and women’s fiction authors support and opportunities. Jane and Tule Publishing are both based in sunny San Clemente, CA.