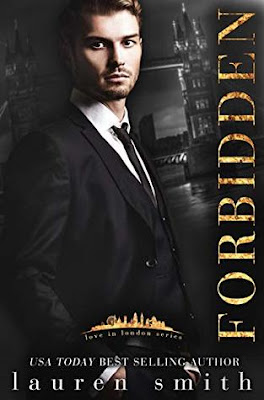 Kat Roberts has a plan. Love doesn’t fit into it.
Move to England.
Study at Cambridge.
Become a history professor.

See? No room for dating or love. Life is going exactly according to plan….until she met him one snowy night in an English pub. Tristan Kingsley, the future Earl of Pembroke. He’s as gorgeous as a god, funny, sweet, and oh-my-god that accent… With a chiseled jaw, bewitching eyes, and a voice as smooth as a glass of brandy…he’s every woman’s dream. He tempts Kat to leave her carefully laid plans behind as she falls head over tea kettle for this British playboy.

Tristan Kingsley went into the bar that night to avoid the duties of his future as a titled lord. When a gorgeous American girl kisses him on a dare from her friends, that kiss turns his world upside down. Oh, he’s used to having exactly what he wants: women, money, notoriety. But now he wants Kat. In his arms, in his bed—and the more time he spends with her, the more he wants her in his life. Tired of shallow, social climbing English debutantes, Tristan can’t get enough of his brilliant, sweet Yank.

But not everyone is happy with the situation. His father, the Earl of Pembroke, has other plans for Tristan, and getting rid of Kat is number one on the list. If you thought this was a fairytale of a girl finding her Prince—er, Earl, and living happily-ever-after…then prepare yourself for one heck of an American Revolution.

Originally published in January 2016, as part of the Her British Stepbrother series.

Hi, Lauren. Thank you so much for joining me today. Okay, confession time....It's taken me a really long time to read a stepbrother romance. In fact, I've only read one. My idea of a stepbrother is/was the guy and girl growing up together, thus totally making the relationship a no no. How or why did you decide to write a stepbrother romance?
It’s funny you say that. I know most people don’t want to read a stepbrother romance because of that. Which is great for me, because my romance story is not set up like that. Tristan, my bad boy British hero doesn’t meet Kat the heroine until he’s 25 and she’s 19. They meet when she’s in college and he’s getting a master’s degree. At the time they meet and start dating, they have no idea their parents have met and are dating in London since Kat and Tristan are in Cambridge. I wanted to write a stepbrother romance that had a hint of that “Forbidden” feel to their relationship but it’s less about them being future stepsiblings and more about the fact that Tristan and Kat have two very different futures ahead of them. He’s going to be titled member of the British peerage which brings certain expectations for who he will marry and how his life will go and Kat doesn’t fit into that picture, yet they fall head over heels in love and have to handle the fallout.

Most books in this genre are told in first person, why did you choose to not write this in first person?
First person is a very particular style that most readers either love or hate. I personally don’t like first person stories. It limits the author’s ability to write more than one character’s point of view, and it restricts an author’s ability to tell a story. It also doesn’t challenge a reader intellectually when they read first person books. They always sound too “Dear diary” style for me when I read them, and writing them is actually uncomfortable for me. I love how third person books can offer a lot more character introspection, and complexity with the plots and settings.

Tell me about the characters of Kat and Tristan.
Kat is a 19 year old American whose parents divorced when she was young and she and her father are close. It’s been just the two of them and he’s moved a lot for jobs so she’s never had the chance to develop roots. When he takes a job in London, she applies for college at Cambridge and gets in. For the first time in her life, she feels like she fits in and wants to grow roots for a change. And then she meets him. Tristan Kingsley, a 25 year old man getting a master’s degree in business. He’s everything a woman dreams about, tall, dark haired, and so sexy he sets panties on fire. Where Kat is new to love and sex, Tristan has had years of experience and Kat’s innocence and sweetness fascinate him. Once they meet, they can’t seem to stay away and the trouble only grows when they discover Tristan’s mother and Kat’s father have started dating and they have to spend the Christmas holidays under one roof with their parents.

What do you love about these characters?
I love Kat’s bravery in stepping out of her comfort zone and trying new things. And I love Tristan’s ability to get past his jaded background and fall in love with someone he knows his father won’t want him to be with. He’ll love Kat at any cost. In a lot of ways they are star crossed lovers with a happy ending and it was wonderful to write through their pain to their happiness.

Forbidden is the first book in the series. Can you tell me more about what readers can expect from this book and the other two books?

This book and the next book Seduction hang on small plot cliffhangers (so readers please forgive me) but when you reach the third book Climax, I promise you get a happily ever after for Kat and Tristan.

What do you think Kat and Tristan would say about you as their author and creator?
I think they’d both want to strangle me for putting them through so much of an emotional roller coaster but then hug me at the end because of how happy they are to be together.

I love that answer. Thank you for joining me.

“I find you fascinating,” Tristan said. Their faces were so close, his lips a mere breath from hers, and it made her head spin a little with a strange, excited dizziness. His gaze dropped to her lips as his voice softened to a low murmur. “I made a promise tonight, and I won’t break it, even it if bloody well kills me.”

Kat shivered and when she spoke her voice was husky. “But after tonight?”

With a curve of his lips, Tristan leaned in half an inch closer. “After tonight…I could fuck you here, in this bed and leave you so sated you’d wouldn’t want to get up for days. The things I could do to you to make you purr, make you moan and beg… After being with me, no other man would satisfy you.” The tips of their noses brushed as he leaned a tiny bit closer. Every muscle in her body tensed in heady anticipation, and her heart thudded against her ribs so hard it hurt.

Those images his words created, his body on top of hers, his weight trapping her while he owned her in every way…why did it sound so wonderful and frightening all at the same time?

Kat’s lips parted, but no words came out at first. He seemed like a man who before now got everything he ever wanted. She didn’t want to be another thing he got simply because he wanted it. She was a woman worth fighting for, and Kat wanted him to earn it. Her father used to say “a good man will climb to the highest branch for the ripest apple, rather than pluck the low hanging fruit.” She deserved a man who was willing to work for her.

“But not tonight,” she replied softly, almost teasing. Her heart pounded at a wild pace and her hands shook as she clenched them together.

As though it were the most natural thing in the world, he slid an arm around her waist, pulling her into his body. Her hands came up on instinct, settling on his chest, but she didn’t push him away.

“Not tonight,” he agreed. “But that one kiss at the Pickerel? It was only the beginning.” His arm around her waist tightened.

His words, so determined and confident, made her shiver. There was no denying his confidence was appealing, but this was her sex life they were talking about. She had never been the type of girl to just give in to a guy, so why was saying yes so tempting?

The Love in London Series: