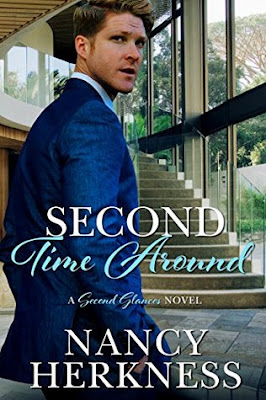 A former love makes a lasting impression in a warm and sexy romance from Nancy Herkness.

Kyra Dixon, a blue-collar girl from the boondocks, is dedicated to her job at a community center that matches underprivileged kids with rescue dogs. When she runs into Will Chase—Connecticut blue blood, billionaire CEO, and her old college crush—she’s surprised that he asks a favor from her: to be his date for his uptight family’s dreaded annual garden party. If his parents don’t approve, all the better.

Kyra’s not about to say no. It’ll give her a chance to be oh-so-close to her unrequited love. What begins as a little fling turns so mad hot, so fast, that Kyra finds herself falling all over again for a fantasy that won’t come true. How can it? She doesn’t belong in Will’s world. She doesn’t want to. But Will does want to belong in hers.

All he has to do now is prove it. Will is prepared to give up whatever is necessary to get what his heart most desires.

“Sometimes the second time around is better because you have a shared history.”

In Second Time Around, Nancy Herkness reunites two people who knew each other in college and unbeknownst to each other had feelings for the other. Will Chase is Connecticut blue-blood. He was born into a world of privilege, where much was given. And at the same time, much was also expected. Will was expected to attend Brunell, then Harvard Law, and then join his father's law firm. None of this was truly what Will wanted to do. While at Brunell, Will met Kyra Dixon, his college girlfriend's roommate. While Will’s girlfriend was busy entertaining other guys, it was Kyra who kept Will distracted and entertained with her zest for life and various literature quotes.

Kyra’s life was the opposite of Will’s in every way. Kyra didn't come from money. Her parents were blue collar, who worked for everything they had. Where Will's parents insisted on college, Kyra's parents looked down on it. They viewed it as a waste of time. During her sophomore year, Kyra had to drop out of school when her father got sick and ultimately passed away. A short time later, her mother also passed away. To her surprise, Kyra discovered credit card bills with her name on them. When her mother ran out of credit, she just opened cards in Kyra’s name. She did this as a way to alleviate her grief and despair. With a mountain of debt and student loans to pay off, Kyra's dream of becoming the first in her family to graduate from college went up in smoke.

Kyra now finds herself as a cook working at the Carver Center in Harlem, as a way to get free rent. To make money, she's a bartender at a high-end club called Stratus. Money is really tight for Kyra, but every once in awhile she treats herself to Ceres, a fast-casual restaurant that specializes in fresh, unique, upscale food. Kyra’s past and present collide when she runs into Will, who happens to be co-owner of the chain. Reconnecting over lunch Kyra agrees to accompany Will to his parents’ upcoming party.

Will introduces Kyra to a world she's never known. While the two are reconnecting and establishing themselves as a “friends with benefits” couple, they each start to wonder if the relationship could be more. Over the course of the book, the two push each other to not settle for what they have, but to follow their dreams and pursue their passion.

Nancy has once again written a really good story. I like the characters of Kyra and Will. The secondary characters definitely added to the story. The series centers around the Carver Center, which is an after school care facility for underprivileged kids in Harlem. The center has a program where the kids get dogs from shelters and take care of them at the center. For the kids, this is the only way they're able to interact with and care for a pet. Thus, making the kids and dogs bigger than life characters themselves.

Second Time Around is a story that will pull at your heartstrings. It should be noted that while this is a second story in the Second Glances series it is a standalone read.

Second to None ~ Review

Nancy Herkness is the award-winning author of the Second Glances, Wager of Hearts, and Whisper Horse series, published by Montlake Romance, as well as several other contemporary romance novels. She is a two-time nominee for the Romance Writers of America RITA® award.

A member of Romance Writers of America, New Jersey Romance Writers, and Novelists, Inc., Nancy has received many honors for her work, including the Book Buyers Best “Top Pick” Award, the New England Readers’ Choice award, and the National Excellence in Romance Fiction Award.

Nancy graduated from Princeton University where she majored in English. In addition to her academic work in literature, she was accepted into Princeton’s creative writing program, and her senior thesis was a volume of original poetry.

After graduating, Nancy had a varied career which included retail management and buying, COBOL programming, computer systems sales and marketing, and a brief stint as a receptionist at a dental office. Once her children were in school full-time, she sat down and wrote A Bridge to Love, her first romance novel to be published.

Nancy finds nothing odd about writing in the genre she calls the “Rodney Dangerfield of the literary world. It gets no respect.” She explains: “I was trained as a poet, but from the day my grandmother gave me my first Georgette Heyer novel I wanted to write romance. Romance is the genre of optimism, and that’s why I like it.”