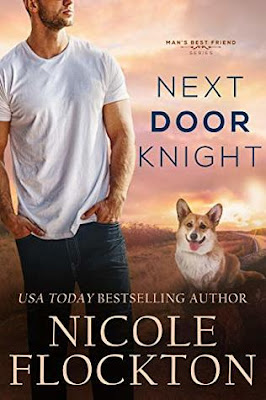 Newly single Kerry Williams is at her wit’s end. She's juggling her injured father’s care, a new job as the manager of a hip new restaurant and her therapy dog Willow volunteering at the Veteran’s Center -- all while struggling to rise above her humiliating heartbreak. When her father's caretaker fails to show one evening, she’s terrified she’ll lose her job. And then Willow runs away. Panicked, Kerry gives chase and immediately runs smack into a tall, dark and sexy wall of muscle, palming a squirming bundle of fur. Her new hero seems like an answer to her prayers.

The last thing K-9 officer Caleb Bradshaw wants, is to babysit his neighbor's father and her dog. He’s facing a potential career-ending injury and grieving the death of his working partner, Trigger. Sure he can handle a cranky old man, but the quiet comfort of Willow who follows him around with liquid-eyed sympathy tugs at the heart he’s trying to keep walled-off after his many painful losses.

Kerry knows Willow can ease Caleb’s grief, but he continues to push her away. Even though her life is in shambles and she too should walk, Kerry knows she can’t and won’t. Will Caleb accept her help or will he close himself off completely? 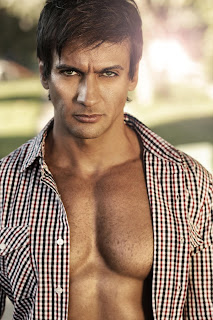 Physical Description: 6ft 1, Brown hair, brown eyes. Muscular and fit due to his time in the military. An incident while on duty has him on medical leave, so he walks with a slight limp.

3 dislikes in no particular order: Dogs (especially ones that escape into his yard and look like they can see into his soul), people who don’t think, brussel sprouts

Favorite song: I Won’t Back Down – Tom Petty and the Heartbreakers

Favorite way to spend an evening: Alone in my house, well that was until a certain dog came into my yard and I met my neighbor, now I don’t mind going to the Veterans’ Center for game night.

Best memory to date: Watching the sunset in Afghanistan, with my dog Trigger by my side.

If you could have a do over, what would you do differently? I would do over the day I got injured and Trigger died. I’d know not to travel down the path that we got ambushed on.

Is it possible to survive tragedy and find happiness again? I don’t know. I’m trying to find that out. Some days I don’t think so and other days I hope so.

Most romantic gesture: I’ve never been in what I’d call a relationship where I see a future happening. But that could be changing. So as far as romantic gesture’s go I’d probably make my special lady the meal my dad always good for me when I returned from deployment – Roast Chicken.

Words to live by: Don’t explain, just be.

If I were a dog, where would I run?

Kerry still had no idea how the dog had escaped her backyard in the first place. There was a fence surrounding the whole property; access to the front yard was almost impossible. But dogs were wily creatures.

“Willow?” she called as she marched off down the street, her head turned to the side hoping to see her cute corgi’s face staring at her from across the road or see her little brown butt wiggling from side to side as she strutted down the sidewalk.

Nothing. Not a single furry face or wiggly butt to be seen.

She bent to peer through the bushes bordering the front of a house just down from hers. Again a blank yard greeted her. She stood and grabbed her hair, twirling it around her finger, a stress habit she couldn’t shake.

“Dammit, Willow where are you?” she muttered and turned around to head back home. Perhaps her dog would be sitting on the front porch when she got there. She pulled her phone from her pocket—had the agency responded to her text message?

She careened into something hard and soft, two contrasting sensations that meshed together well.

Stunned, it took her a few seconds to comprehend what she’d run in to. Kerry looked up and swallowed.

Standing before her was the sexiest man she’d seen in a long time, taller than her by about a foot. He had shaggy, dark brown hair that flopped over his forehead, covering one of his chocolate-brown eyes. Dressed in blue jeans and a T-shirt that hugged him in all the right places, he looked like he belonged in a magazine, not on the sidewalk of a quiet neighborhood in San Antonio. And, cradled in his big strong arms, was Willow, her tongue lolling out of the side of her mouth as she panted. A happy smile adorned her white doggy face, as though she’d found heaven and had no plans on leaving anytime soon.