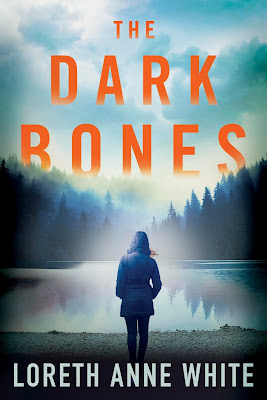 She’s come back to solve the mystery of her father’s death and confront her own dark past.

When Detective Rebecca North left her rural hometown, she vowed never to return. Her father’s apparent suicide has changed that. The official report is that retired cop Noah North shot himself, knocked over a lantern, and set his isolated cabin ablaze. But Rebecca cannot believe he killed himself.

To prove it, she needs the help of Ash Haugen, the man she left behind. But Rebecca and Ash share more than broken hearts. Something darker lies between them, and the investigation is stirring it back to life. Clues lead them to the home of Olivia West and her deeply troubled twelve-year-old daughter, Tori. The child knows more about the murder than anyone can imagine, but she’s too terrified to say a word.

And as a cold-blooded killer resurfaces from the past, Rebecca and Ash begin to fear that their own secrets may be even harder to survive.

I have read several books by Loreth Anne White. The common theme in all of them is that things don’t just get ugly, they get really ugly. She really shows you just how cruel human beings can be to each other. Somehow, she is also able to demonstrate how love can truly conquer all even in the worst of times. The Dark Bones is no different. It’s located in the same town as her previous book, The Dark Lure but I wouldn’t call it a sequel. Characters from the previous book do make an appearance but they play more of a supporting role.

In The Dark Bones, Detective Rebecca North returns home to her small town because of her father’s suicide. She immediately decides that her father who was a retired cop would not have taken his own life, although everyone in town thinks otherwise. To make things more difficult, the man who broke her heart, Ash Haugen is at the center of the investigation in the worst way. Secrets from their past regarding the disappearance of two teens seem to have something to do with all of it. And here in present day, two other teens are also somehow involved. The more Rebecca digs, the harder it is for her to trust anyone. In addition, she and Ash still have feelings for each other. The town seems to be made up of complicated relationships at all levels. Plus, there are a couple of killers on the loose that no one suspects. Since it’s truly a mystery, that’s about all I can say. Nothing is what it seems.

I really enjoyed The Dark Bones. Loreth is very good at writing these types of romantic suspense books. I never had a clue as to what would happen next. The whole book is just one huge puzzle that you have to play out to the very end. The pace was smooth and there is never a dull moment. I look forward to reading more books from Loreth.

You can read an excerpt of The Dark Bones here.

Loreth Anne White is an internationally bestselling author of thrillers, mysteries, and romantic suspense. A three-time RITA finalist, she is also the 2017 Overall Daphne du Maurier Award winner, and she has won the Romantic Times Reviewers’ Choice Award, the National Readers’ Choice Award, and the Romantic Crown for Best Romantic Suspense and Best Book Overall, in addition to being a Booksellers’ Best finalist and a multiple CataRomance Reviewers’ Choice Award winner. A former journalist and newspaper editor who has worked in both South Africa and Canada, she now resides in the Pacific Northwest with her family.