Guest Post & Giveaway ~ STUCK WITH YOU by Christina Mandelski 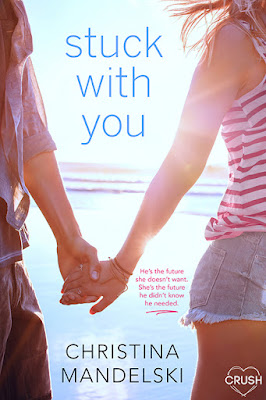 When Caleb Gray heads to the Texas coast to mentally prepare for a future he isn’t sure he wants, the last person he expects to see is Catie Dixon. Yeah, their mothers have been planning their wedding since they were born, but he and Catie are most definitely not friends. He can’t see her as anything but the annoying kid who followed him everywhere. Except, it’s really bothering him that everyone is staring at her in that bikini…

Catie got over her crush on Caleb ages ago. So why can’t she see past his ripped body or how unsettled he seems? She’s got her own problems, though. Her future has been set for years and now she’s dreaming of pulling the plug. A week at their families’ beach house is just what she needs to pull herself together, and she has no intention of letting Caleb back into her heart...which would be a whole lot easier if he’d put on a shirt.

But a forced week of togetherness full of beach parties, waterslide mishaps, bonfires, and roller coasters sparks more than an understanding. What do you do when the person standing in the way of your future is the one person you grew up hating...but now don’t?

A deleted scene from Stuck With You

This is main character Caleb at a beach party where he’s thinking about the girl he doesn’t want to like, Catie. I loved getting in his head in this scene, but in the end, it was just extra stuff!

Thanks for having me!

“Hey, wanna dance?” asks a girl who just appeared beside me. It takes a second for my eyes to go back inside my head. She’s only wearing a string bikini asks me and she looks like a model. One hundred percent beautiful.

How can I not smile at this girl? “You really wanna go down there?”

She lays a sexy smile on me and takes my hand. “For a start.” She leads the way down the stairs. Who am I to argue?

Once we’re there, though, I’m still scanning the crowd for that pain in the ass.

She’s fine, I tell myself. Forget everything and focus on the girl in front of you. This is not the time to be thinking about Catie.

The girl is still smiling, sexy, at me, touching my chest as she starts to move to the music.

“Allie,” she leans forward. “Are you in school?”

She doesn’t have great rhythm, I notice as she sways off-beat, but I try not to let that bother me.

This is the first time anyone’s ever asked me this outside of my friend’s parents and random family members. “Um. UCF. In Tampa.” Feels weird to say it to a stranger, like this somehow makes it more official, which makes my stomach do that thing it’s been doing these last few months.

“Wow, Florida!” Her eyes get all wide like I just told her I was going to Harvard or somewhere that is an actual big deal.

“What about you?” I ask her now, but just above her head I catch sight of the giant from the gas station parking lot. He’s got three Greek letters on his t-shirt and his arm around someone, and that someone is fricking Catie. I squint my eyes and yep, it’s undoubtedly her. She wore her hair down and the blondeness is catching the flashing light.

“Hey, are you dancing with me or what?” Allie throws her off-beat arms around my neck and starts to grind up against me.

I put my arms around her in answer and try to concentrate on this beautiful, tall, dark-haired girl with big brown eyes, but my eyes wander up again and I’ve lost her.

I’m not talking about the girl in front of me. She’s pretty much attached to my jock at the moment. No, I’ve lost sight of Catie and I hate myself for giving a damn.

Always and forever a pain in my ass. And why the hell am I even worried about her? Girl’s a total ballbuster. That guy will likely lose a testicle if he tries something she doesn’t want. Allie reaches up, hand behind my neck, pulls me down. She laughs up at me.

“Aren’t you gonna kiss me?”

Except my eyes flicker up one more time and I still don’t see her. I see Ainsley and Sunny on the edge of the dance floor and they look worried, or afraid, or something.

“Down here.” She says in that voice so sexy it could melt my truck.

I look down. I look up. They’re looking at their phones now. What’s happening?

She raises her eyebrows and sticks out her bottom lip. “I don’t think so, Cable.”

I scratch my head. “Caleb.” 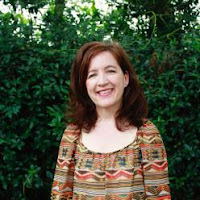 Christina Mandelski was born in South Florida, where her love of reading was cultivated in a house full of books. Stories like The Little House series, The Lion, The Witch and the Wardrobe, Island of the Blue Dolphins and The Secret Garden, filled her imagination and fueled her dreams to be a writer. That dream came true when her first young adult novel, THE SWEETEST THING, was published in 2011, and she’s beyond thrilled about her upcoming series for Entangled Crush. Chris lives in Houston with one handsome husband, two beautiful daughters, and two freakshow cats. She has a fondness for the beach, her family and friends, and she still loves to read (especially curled up with a good cup of coffee!) She also enjoys shopping, traveling and eating, especially cake. Always cake. When she’s not doing these things, you can find her holed in a cozy spot with her laptop, writing.

a Rafflecopter giveaway
Follow
Posted by Kim at 10:31 AM