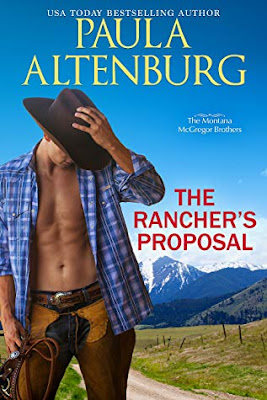 She said she’d never rely on a man again…

Never say never. When meek and mild Posey Davies calls it quits on her toxic marriage, she grabs her two-year-old daughter and runs. Her flight lands her in Grand, Montana, a community happy to take her in and even happier to nose about in her life and her unfortunate past.

The cowboy next door, Zack McGregor, has “good time,” written all over him. He’s only home for a year to help out his older brother, who’s guardian of their sister’s children. Zack is kind, funny and oh-so-easy on the eyes. He’d be perfect, but the practical Posey predicts Zac will disappear as soon as winter sets in.

Zack’s not as laid back and fun loving as he seems. He’s all about family and doing what’s right. When Posey’s deadbeat ex-husband begins making demands, Zack insists on playing protector.

Posey’s never had anyone stand up for her before and soon realizes that perhaps relying on this man and trusting in love is well worth the risk. 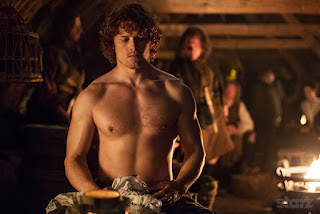 Occupation: Accountant by trade—rancher by choice.

3 likes in no particular order: Cooking, women, and taking charge.

3 dislikes in no particular order: Men who don’t know how to treat women, pungent odors, and lima beans.

Drink of choice: He’s a beer drinker but Posey likes red wine, so when he’s with her that’s what he drinks, too.

Choice of transportation: Walking—especially when it involves walking to Posey’s

Favorite way to spend an evening: Zack’s an extrovert and normally he likes being around people, but Posey’s quiet and shy. He’s discovered he really likes sitting on the front porch at night with her and watching the stars.

Best memory to date: The night Posey joins him at a going away party for a friend of his. Posey’s not much of a party girl, so the fact she comes means she’s there because of Zack and he knows it.

If you could have a do over, what would you do differently? I’d tell the important women in my life how much I love them every chance I got so they’d never doubt how much I value them.

Is it possible to survive tragedy and find happiness again? Absolutely! Although it doesn’t seem possible at all when you’re living in the moment. You have to keep an eye on the future and remind yourself that life goes on.

Most romantic gesture: Mine or Posey’s? For me, every time Posey shows the least little bit of trust in me, it makes me feel like a god. But if we’re talking about something I do for Posey because it comes from my heart, it’s stepping back and allowing her to do things for herself when I want nothing more than to make her life easy.

Words to live by: “Life is for the living.”

He was always so understanding and kind. It was obvious his friends thought he was great.

Meanwhile, she wasn’t great—she was rich. She hadn’t even earned the money herself. She wondered how he’d react to it (her money) once he found out.

Zack glanced down at her. Her shoulder bumped against his arm. He rubbed his thumb across her knuckles. “Andy is unpredictable, and honestly, a little crazy. She has no concept of safety. She tandem jumps without her own parachute. Let’s hope she doesn’t make squad leader because she’ll drag her team straight into the middle of a firefight. Would you really want to be like that?”

“Well, I’m glad you’re not. I thought Andy was amazing when we were kids. Back then, I would have done anything to impress her. But she doesn’t give a damn about anyone but herself. She never has. That’s exhausting.”

Posey came with a lot of baggage, herself.

“I don’t want to give a damn about anyone but myself, either. And Trixie too, of course,” she added quickly.

“Of course.” Zack gave her a light, good-natured shove. “You can’t even fantasize about not giving a damn without giving a damn. You say you don’t know who you are, but at least you know what you’re not.”

The Rancher Takes a Family ~ Review