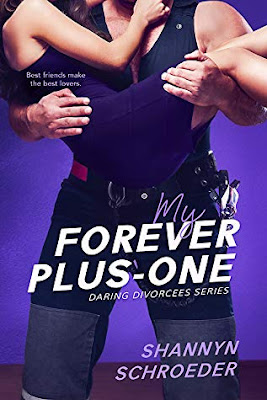 Evelyn is a woman who has everything--a successful career as a TV producer, and her best friend—sexy firefighter Owen Hanson—who looks mighty fine as her plus-one to awards dinners and backyard picnics. But something is missing and it’s not just the sex.

Owen Hanson is living the dream—a Chicago firefighter who volunteers at a youth center on the Southside and he’s got his best friend Evelyn—who knows him better than anyone. When Evelyn starts hinting about wanting something more, Owen panics.

Sex changes everything but taking their relationship to the next level surpasses even their wildest dreams. Until Evelyn’s ex-husband shows up and could make even the most perfect couple crash and burn... 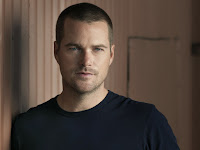 Physical Description: short brown hair, brown eyes, 5’10”, fit (a must for my job)

3 likes in no particular order:

3 dislikes in no particular order:

Choice of transportation: my car, nothing flashy

Favorite way to spend an evening: Sitting on the couch watching TV with his best friend, Evelyn

Best memory to date: Watching Evelyn win an award that she’d wanted to be nominated for for years.

If you could have a do over, what would you do differently?
I would’ve paid closer attention to the signs that my marriage was crumbling.

What profession other than your own would you like to attempt? I love my work at the Youth Center, so I would get a similar job, like coaching a kids’ basketball team.

What profession would you not like to do? Anything that would require me to kiss ass

Most romantic gesture: I’m not a romantic kind of guy, but I will always take care of the small things, like make repairs around the house or make you laugh when you’re anxious.

Words to live by: Family matters.

Evelyn and Owen are headed to their friend Tess’s engagement party – as each other’s plus-one, of course:

“Wow. Talk about a GQ moment,” she said.

He looked up from his phone, and like a cartoon character, his tongue almost rolled out of his mouth to drag on the floor.

Their gazes locked and something passed between them. A charged, heated look that told him she sometimes had the same passionate thoughts about them that he had. Then she blinked. Did I imagine the silent conversation?

“New suit?” she asked while fiddling with earrings. Her head tilted to shift her hair out of her way, exposing her long neck.

He nodded, unsure of his ability to form words. He thought he’d seen Evelyn in every kind of dress and suit imaginable. But this dress made her mouthwateringly beautiful. It was the same shimmery blue of whatever she had on underneath—he had to work to prevent himself from thinking about that—and it hugged every part of her.

She smiled and curtsied. “Thank you. That’s the reaction I was going for.”

His heart rate kicked up. She wanted him to have that reaction? He swallowed hard. “You’re even more stunning than usual.”

She stepped closer and patted his chest. “You’re looking pretty good yourself. What made you break down and finally get a new suit?”

“I got tired of you telling me I was being cheap by not buying one.”

“I don’t think I ever called you cheap. But you did wear that suit for a decade.”

She sighed in a way that said he was hopeless.

“Yep.” She held up her purse and turned to leave.

His eyes trailed from the sexy heels that made her nearly his height, up over bare legs to the curve of her ass. That’s when he saw that the back of her dress didn’t exist. An expanse of bare skin for anyone to see. He continued to talk to distract himself. “I still can’t believe Tess asked Miles to marry her.”

Evelyn looked over her shoulder. “Why?”

She turned completely around. “Is this some macho guy thing? It’s the man’s job to propose?”

Heat crawled up his neck. Evelyn had a habit of calling him out for being a Neanderthal. He didn’t think he was acting like a caveman; he was just old-fashioned. “I’m traditional.”

She tilted her head and studied him. “Even now, after everything with Stacy? You already did the whole down-on-one-knee, big wedding thing.”

“What does she have to do with anything?”

“I’ve never heard you talk about marriage. Hell, I never thought you’d trust another woman enough to want to tie yourself to her.”

He shrugged. “I didn’t say I was looking to get married again, just that if I did, I would want to pop the question.”

He considered admitting that she was the only woman he’d trusted in a long time, but then again, they were friends. They weren’t sleeping together, so she couldn’t cheat on him. But marriage? Could he open himself up for that again?

They walked out to the hallway, and Evelyn locked up. Another thought occurred to him because of her questioning.

“You think you’ll remarry?” he asked. It wasn’t something that he’d really considered with them. Even as their friends were falling in love and starting new lives, he thought he and Evelyn would always have each other. But if she got married…

“I don’t know. I’m not actively looking, if that’s what you’re wondering.” She pressed the elevator button. “But there’s part of me that misses having someone to come home to.”

The elevator doors swooshed open. She took his arm and leaned close. “And regular sex. I miss regular sex,” she said in a low voice.

He jabbed the button for the lobby. Evelyn talking about sex shouldn’t have his dick perking up. He knew that, but his dick obviously didn’t. He cleared his throat. “I’m pretty sure you could get laid whenever you want.”

She laid her head on his shoulder with a sigh. “A random hookup isn’t the same.”

Her body pressed against him made him think about getting laid. Her soft curves lined up along his body, and he briefly imagined her lying beneath him.

Of course she was right. She wasn’t talking about getting off. That was easy to find, but the connection with someone who mattered was something they both missed. They had that connection with each other, albeit not quite the same.

On the way to the party, Evelyn chatted about work. Then they talked about his brother’s wedding, which was coming up in a little over a month.

“Did you schedule your vacation days?” he asked.

“I put in the request the minute my brother gave me dates. You never need to check up on me.”

“Yeah, yeah…you always have your shit together.”

He pulled into the hotel’s circular drive to the valet stand.

“Ooo…I feel special. You’re using the valet instead of making me hike from a parking garage.”

He pointed at the heels she wore. “I doubt you could hike anywhere in those.”

The valet opened her door, and she stepped out. After he accepted the ticket and joined her, she turned a leg out, flashing more skin than he wanted anyone to see.

“They look phenomenal, and they do amazing things for your legs, but they’re not made for hiking. And I’m not about to carry you.” He made the joke to prevent himself from thinking about exactly how good her legs looked and what the heels did for her ass. He checked the urge to reach out and grab a handful. Over the years he’d learned restraint.

She took his arm again. “Whatever happened to chivalry?”

“It died with the invention of the internet and Tinder.”

“And dick pics,” she added with a laugh. She patted his biceps. “There are a few chivalrous guys left, though.”

One Night with the Millionaire ~ Review