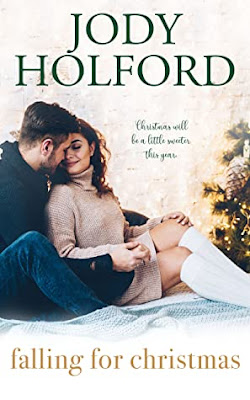 Christmas will be a little sweeter this year.

Georgia Meyers' business may be sweets but that’s not what she’s looking for in a man. In fact, she’s not looking for any man. Running Sweet Georgia, her candy shop in the center of Angel’s Lake, is her priority.

Police officer Cam Andrews is known for being a good cop and a shy man. Meeting Georgia, he’s not only smitten but impressed. When a handsy Santa tries to grab more than her holiday suckers, Georgia quickly puts him in his place. With her knee. Cam and other officers arrive just in time to see she doesn’t need to be rescued.

Georgia’s new life plan is all about staying focused on business. She has no intention of acting on her growing feelings for the charming police officer. Cam’s not a casual kind of guy. Georgia insists she’s not a forever kind of girl.

Cam respects Georgia’s wishes about not pursuing the attraction between them, but when her shop is vandalized, he closes the distance. In a professional capacity.

As more incidents happen, Cam is convinced Georgia has made an enemy. She might want to deny their snowballing feelings but he won’t ignore his sworn duty to protect.

There’s something she’s not telling him that could put them in more danger than getting caught under the mistletoe.

Georgia Meyers moved to Angel’s Lake for a fresh start and to escape her past. Cam Andrews is an Angel’s Lake Police Officer. Georgia has sworn off men after her last boyfriend. Cam is a cutie who has trouble talking to women he’s attracted to. A series of events keep bringing Georgia and Cam together. But with her past, Georgia can’t afford to have Cam looking too closely at her.

I liked the characters. Cam had my heart immediately. However, Georgia felt like a mystery and seemed to be a little too hard on herself. I felt as though her past was made more of a big deal than it actually was. I will say that I liked the way her past and present were resolved.

“You’re not alone anymore. You have people who care about you. Love you.”