Review ~ A REUNION OF RIVALS by Reese Ryan 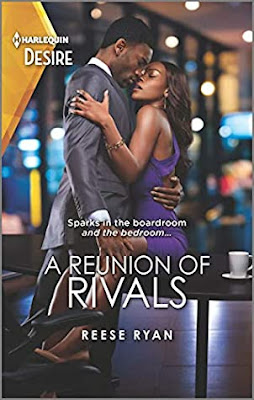 Sparks in the boardroom
and the bedroom…

She can’t let anything derail her passion project,
Not even a second chance with the sexiest man alive…

The deal that could bring Quinn Bazemore’s career back from the brink has one catch: she must partner up with her ex-lover Max Abbott. Quinn can’t forget the pleasure-filled summer they shared. But now she’s butting heads over business strategy with the mouthwatering marketing VP, even as their reawakened desire threatens to expose her deepest secrets…

Reese Ryan’s Bourbon Brothers series centers around an African-American family who own a bourbon distillery in Magnolia Lake, Tennessee. A Reunion of Rivals is the fourth book in the series and is a standalone read.

It’s been 13 years since Quinn Bazemore and Max Abbott have seen each other. They shared one magical summer together. Then he returned to college and broke up with her because he couldn’t trust his intense feelings. He never told her why they broke up. He just left her feeling used and heartbroken. Now the two are reunited when their families form a business partnership.

Max is the VP of Marketing for his family’s company, King’s Finest Distillery. For over two years, he and his younger sister Zora have been working to convince their father Duke, the CEO, to make fruit flavored bourbon a permanent addition to their bourbon line. Duke and Joseph, his father and company founder, finally agree to add the flavored bourbon to their line for a test period. The catch is that Max will be working with Quinn, who will be representing her grandfather’s fruit orchard, Bazemore Orchards. As the two work together, old romantic feelings resurface.

Max and Quinn are both characters I liked immediately. They’re afraid of making the same mistakes of the past. They’re both career-driven, but on the personal front, they’re both vulnerable. Both love their families beyond measure. I loved that when they finally sat down and talked about their past that they were able to truly reconcile.

Reese’s Bourbon Brothers series is one of my favorite series because it’s all about family. The Abbott family is truly my dream family. I love the close-knit bond the parents and siblings all share. Yes, there are times when the siblings don’t get along, but there isn’t any scheming or backstabbing going on. For this group, family is everything.

I think there are two books remaining in the series, featuring the remaining Abbott siblings, Zora and Cole. Over the course of the series, readers have been given a glimpse at these two. I can’t wait to see how these two finally fall in love, Zora with her close friend and Cole with a mystery lady.

“Fear is a piss-poor decision-maker. Don’t ever make a decision strictly out of fear.”

**Received a copy from the publisher and voluntarily reviewed. Also purchased a copy of the book myself.** 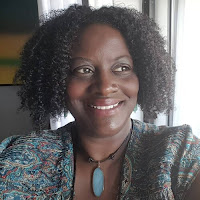