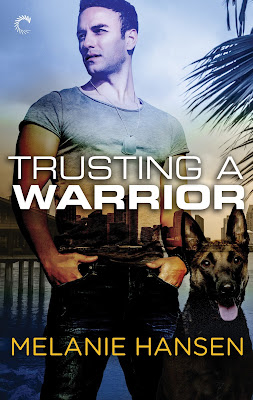 George Monteverdi always had one goal, to become a navy SEAL. Now that he's both a SEAL and a K-9 handler, saving lives is his priority. When tragedy touches his own life, he handles it—with the help of his crew and his dog, Bosch. Having those guys by his side means he’ll never be alone…though any sort of romance feels like a faraway dream.

Heartbroken after her fiancé falls in love with another woman, Lani Abuel seeks comfort in the arms of a stranger, only to find herself pregnant and alone. She’ll do whatever it takes to be a good mother, which means finally facing the trauma in her past. The last thing she expected was a warrior with wounds all too similar to hers finding his way into her heart and loving her child as his own.

As their worlds entwine, Lani and Geo find the joy and redemption they’ve been seeking. But despite the sanctuary they’ve created, a forever love seems impossible. A K-9 handler who spends most of his time deployed with his SEAL team, staring danger in the eye, is far from what Lani—or her baby—needs, and Geo can’t imagine a future doing anything else. 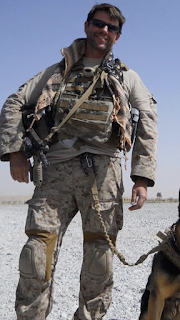 Physical Description: Five-eleven, 180 pounds, brown hair, brown eyes. My ears stick out a tad, but I’ve been told my smile “lights up the night,” whatever that means.

3 likes in no particular order: Bosch, my Belgian Malinois partner; skydiving, wingsuiting, or basically anything that involves speed and adrenaline; my job. 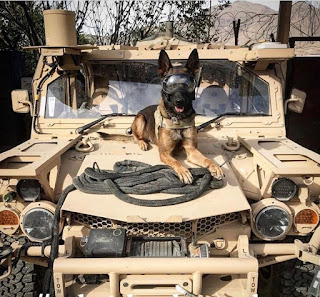 3 dislikes in no particular order: Teammates who don’t pull their weight; men who pretend to be SEALs in order to try and impress others; being cold, wet, and/or sandy.

Drink of choice: Whichever beer is on tap!

Favorite food: Medium-rare steak and a baked potato with all the trimmings. Although I wouldn’t turn down a good lasagna.

Choice of transportation: I prefer my 2016 Yamaha YZF-R1M motorcycle, but my 2019 Toyota Tundra will absolutely do in a pinch.

Favorite way to unwind: Skydiving with friends, or riding my motorcycle as fast as I can get away with along the coast.

Favorite way to spend an evening: Working out or training with Bosch, although cooking a meal and hanging out with Lani is fast becoming a new fave.

Best friend: Before he passed away, it was Cade Barlow, my Navy SEAL mentor and the man who motivated me to get through BUD/S. Now I’m getting closer to Matt Knytych, a badass new guy filling in on my team.

Best memory to date: When the instructor cadre in BUD/S said, “Hell Week secured.” That still brings tears to my eyes!

If you could have a do-over, what would you do differently? Oh, man, too many things to count. Mostly, I’d listen more, especially to Cade. Could I have made a difference in what happened to him? That question will haunt me the rest of my days.

What profession other than your own would you like to attempt? I’m not sure, but owning my own business someday might be interesting. I do have some ideas, and they all involve dogs, so stay tuned!

What profession would you not like to do? I could never, ever work in an office or work a nine-to-five job. Did I say never? I mean never. Ever.

Most romantic gesture: I recently got a hug and kiss for sneakily doing the dishes after my date fell asleep on me! Hey, if that’s the way to Lani’s heart, I’ll take it.

Words to live by: The SEAL motto is, mind over matter. Basically, if you don’t mind, it doesn’t matter. And, uh, don’t drink the bottle of dip spit.

At one point Lani woke with a start to find Geo gone. A massive wave of disappointment swamped her. “Just great,” she groused, struggling to her feet to find her phone. “Real smooth. Fall asleep on the guy after he’s been so sweet.”

Rubbing her eyes, she trudged to the kitchen, gradually becoming aware of the sound of running water, along with some tuneless whistling. When she rounded the corner, she gasped. Geo stood at the sink, up to his elbows in soap suds.

He glanced at her, then shrugged and turned back to the sink. “You cook, I clean. Only fair.”

Holy fucking Christ on a cracker. Was there anything sexier than a man cleaning a kitchen? At that moment, Lani didn’t think so. She couldn’t take her eyes off his muscular forearms while he wrung out the rag, or the way the water that’d splashed on his shirt made it cling to him.

He hung the rag over the spigot, then faced her with a smile, and to her everlasting horror, she burst into tears. In the next instant, she was in his arms, her own wrapped tightly around his waist.

He held her close as he rocked her. “I think you’re tired,” he said softly. “And therapy is hard and sad, and you’ve been lonely because you just broke up with your boyfriend.”

“And I’m pregnant,” she wailed.

His chest rumbled under her cheek as he chuckled. “Oh, yeah, how could I forget that part?”

She really hadn’t meant to say that, and to his credit, Geo only froze for half a second before continuing to rub her back soothingly. His hands didn’t wander, and he didn’t try to take advantage, and why, oh fucking why did he have to be a SEAL?

Melanie Hansen doesn’t get nearly enough sleep. She loves all things coffee-related, including collecting mugs from every place she’s visited. After spending eighteen years as a military spouse, Melanie definitely considers herself a moving expert. She has lived and worked all over the country, and hopes to bring these rich and varied life experiences to the love stories she gets up in the wee hours to write. On her off-time, you can find Melanie watching baseball, reading or spending time with her husband and two teenage sons.
Places to find Melanie Hansen:
Website | Facebook | Twitter | Goodreads | Amazon Author Page
You can follow the Trusting a Warrior Blog Tour here.