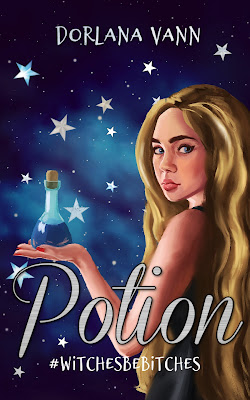 But everything changes when Lucas sees his awkward, loner sister, hanging out with Star, one of the hot and hated popular girls known as The Bitches. At first, he’s just confused, but when he sees the tarot cards between them, he’s reminded of the curse the witch cast on Melrose.

His fears escalate when Star warns him about two witches from school who plan on using his sister for a ritual. Lucas wants to trust Star; he needs someone to confide in since Melrose thinks his fear of witchcraft is irrational. But Star is unpredictable and has toyed with his emotions before.

As Lucas searches for answers, more mysteries begin to unravel about Melrose’s childhood, Star’s motives, and his own family legacy. Lucas will have to make life and death decisions; but whom can he trust, and how do you rescue someone who doesn’t want to be saved?

He knew why he had to destroy the card, sort of, he had felt the threat in his bones. What he couldn’t understand was why Melrose didn’t sense anything wrong. “Don’t you remember what happened in the woods?” he said easily, glancing at her to see if there was any spark of memory.

Melrose had managed to block out the first eight years of her life, and his mom called him the forgetful one. “Well, I do, but what I forgot, or pushed aside, until that moment in there, was the curse.”

“Curse? Really? There’s no such thing as curses. Come on.”

“I don’t know what else to call it, but the witch made you say that rhyme.” He squeezed his eyes together, trying to remember. “Something about transforming Venus into a witch in eight years.”

Silence seeped into the backyard. They both turned their attention to the fire when it crackled, old trash igniting.

Melrose crossed her arms and huffed. “So, I’m a planet?”

“Your birth name,” he said, trying to ignore her mocking tone. “Your real name. I know you don’t remember, and I never mentioned it because I was trying to put all that behind me, too.”

“I think I would have remembered if that was my name.”

“Really? But you don’t remember anything else? Whatever. Your name isn’t important. What I’m trying to tell you is that something is sketch.” He pointed toward the house. “You gotta stay away from anyone who plays around with that witchcraft shit so you don’t trigger … you know.” 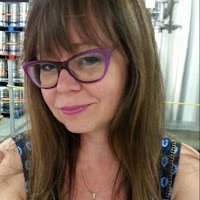 Dorlana Vann loves taking elements from fairy tales (characters, mood, moral, plot) and mixing them with a paranormal element and then dropping them in a contemporary setting.

Besides writing, life is all about family, food, book-club, BBQ team, festivals, trivia (even though she's horrible at it), and drinking on patios – All of which she shares on Instagram 😊