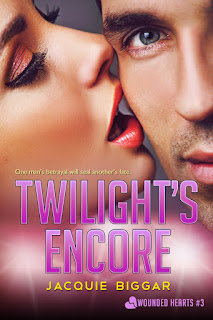 One man's betrayal will seal another's fate.
Ty Garrett fell in love with Katy Fowler from the moment they'd met. When her father’s betrayal yank the young couple apart, Ty becomes bitter.
After a decade away, Katy returns to Tidal Falls with plans to get married in her family's theatre. But she hadn't expected to run into Ty Garrett, the boy she'd never forgotten.
When unseen forces endanger their lives, can Ty save Katy and win back her love, or is it too late for these two star-crossed lovers?

Ty muffled a groan. Katy’s crooning just about did him in right there. He wasn’t sure how Tiger held out, because if she used those words on him in that husky, sexy tone… he wrenched open the back door and dumped the groceries on the floor. A long, deep sigh later he closed the door, placed his hands on Katy’s waist and gently moved her aside.
“Here, I’ll get her.” He climbed into the four-by-four and scooped the recalcitrant kitten into his hand. “Hey there, Tiger, good job protecting the truck. Come say hi to the pretty lady, and no scratching.”
He nuzzled his nose into its soft, furry neck and then passed her down to Katy’s waiting hands, their fingers tangling for a too brief moment.
“Hello, beautiful. What are you doing with this guy, huh?” She burrowed her face right into the same spot he had and everything inside him tightened painfully. She was killing him here.
“You find that hard to believe, right?” he grumbled.
She glanced up, her mossy green eyes soft with affection. “What?”
His fingers wrapped around the steering wheel before he did what he craved. Bury his hands in that silken waterfall of hair, drag her close, and see if her neck was half as soft as the cat’s. “That anyone would want to stay with me of their own volition?”
Katy frowned. “What are you talking about? I was teasing, Ty. Don’t make this into something it’s not.”
Words to live by.

The Wounded Hearts Series:
(Click on the book covers for more information or to purchase from Amazon.) 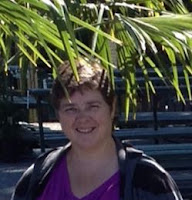 I thought I’d share with you the beginning of my love affair with writing.
Normally, procrastination is my enemy. I like to get done whatever it is, as soon as I can, so that I don’t have to worry about it any more.
In school I worked hard to stay in the top ten every year. So when I came down sick with the measles and missed two weeks of grade nine, I was devastated. How was I ever going to catch up? I had less than a week to write a compelling story for Language Arts or get a failing mark.
Angry and frustrated, I sat in our living room, pen and paper in hand, staring at a bright yellow bouquet of cheerful looking daffodils. I wanted to hurl them across the room. It wasn’t fair. Why was I being punished for getting sick?
But then an idea popped into my head. A silly, farcical story. If the teacher wanted an essay, fine, I’d give him one. And so, Count Daffodil, was born. After the first paragraph the words flowed quicker, I could see the scene in my head and needed to get it down on paper. (Sound familiar?) I spent the rest of the day writing, and by the end of the night I had my story.
The next day I turned it in and immediately felt ill all over again. It was dumb. The teacher was going to hate it. I’d be a laughing stock. Funny how easy you can build something up to catastrophic proportions when you lack self-confidence.
We had to wait two weeks for the results. I was on tenterhooks the entire time. Sure that my mom would blow a gasket because I’d goofed instead of giving it my best shot.
Then came the big day.
I was scared to look. Finally, I couldn’t take it anymore and turned to the last page. These were my teacher’s words:
I’m glad I didn’t read this at night. It’s been awhile since I was so enthralled with a story. Very professionally done. The suspense, the ending, the style was excellent. I think I’ll read it to the other classes. Very impressive.
Not only did he read it to the other grade nines, he read it over the intercom to the entire school!
Because of Mr. Thomas and a hapless bouquet of sunny daffodils, a writer was born.
Jacquie's first book, Tidal Falls, a romantic suspense novel about second chances, released September of 2014.

a Rafflecopter giveaway Follow
Posted by Kim at 2:29 AM