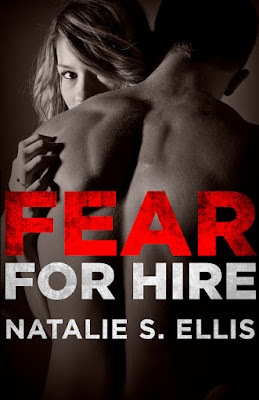 Jack Wylie is tall, dark, handsome and brave - he's everything you'd want in a kidnapper.
Ex-cop Jack Wylie is a born protector, tormented by the day he misjudged a criminal and his life took a tragic turn. Now he's on a mission to kidnap a woman to help her overcome a fear of being tied up.
He's been told by his psychologist brother to keep up the game until the woman gives him the sign. But there has been a big mistake. Jack has accidentally abducted the feisty and beautiful Molly Rhoades - a newly arrived local TV reporter who has secrets of her own. And she doesn't know the sign.
After a dangerous and unlikely meeting, Jack and Molly find themselves consumed by sexual tension, but things get even more complicated when Molly finds out that Jack is engaged to the local Councilwoman Amanda Everett, a ruthless career climber determined to succeed no matter what the cost.
But why did Jack kidnap Molly in the first place? Who is pulling the strings in this perverted puppet show? Jack vows to protect Molly until he finds out the truth, but the layers of deception and vengeance run deeper than he could have ever imagined.

She was ready for him when he came back.
After several frantic tries, she arranged the comforter on the bed, hoping it looked like she was lying beneath it. Now, she waited behind the door. The only weapons she had were her legs, but with five years of kickboxing under her belt, she knew the vulnerable areas to target on a man to overpower him. Groin. Throat. Nose. Finding those areas blindfolded would be the real kicker.
She inhaled a slow breath. The key jingled in the lock. She tensed, preparing her body to deliver swift, precise hits. Bending one knee, she kept the other resting against the side of the door to feel it open. Without her hands for balance, it’d be difficult to stay on her feet after landing. If she didn’t connect with solid flesh, she’d fall. She tried not to sweat the fact she’d never kicked a person before. He wasn’t a person — he was a monster.
By slow degrees the door brushed against her foot and she held a second, waiting for his first step into the room. Bounding to the left, she kicked up and out, hoping to catch him off guard and bean him under the nose, or at least the side of his face. Instead, her toes clattered against something hard, and warm chunks spattered her throat. Her lunch? Determined to do some damage, she leaped again and threw her entire body behind a kick in the same vicinity as the last. This time she connected with flesh.
A calloused hand wrapped around her foot and she tottered, one-legged, on the slippery floor. He released her before she toppled over, only to grab her by the tank. A rip sounded and the fabric over her breasts gave way.
He hauled her against his solid chest. “You’re becoming a real pain in the ass, Laura.” He spoke the words inches from her face, his breath hot on her lips. A hard hand clamped around her jaw, then gentled, stroking up the side of her cheek.
He was going to kiss her.
“My name isn’t Laura!”

The For Hire Series:
(Click on the book cover for more information or to purchase from Amazon.) 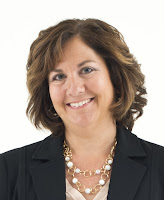 Natalie S. Ellis worked behind the scenes in TV news for sixteen years and will always miss the rush of a breaking story. But the seduction of writing a fiery romance with twisty suspense is even harder to resist, especially when she has a new curveball for the plot. Natalie enjoys living in her hometown of Fort Wayne, Indiana, and attributes her cheerful attitude to empty nesting, a supportive family, and way too many lattés.

a Rafflecopter giveaway Follow
Posted by Kim at 2:33 AM