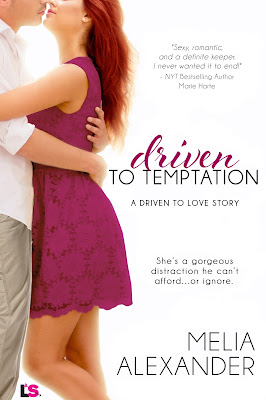 Aidan Ross might be an engineering genius, but people skills? Not this soldier’s forte. Thankfully, a trusted friend is accompanying him to a make-or-break tradeshow…but then a bubbly redhead hops into his truck, claiming to be his new road trip buddy. She’s a gorgeous distraction he can’t afford. Or ignore.

Delaney Harper comes from a family of engineers—male engineers. With several impressive projects under her belt, she’s on a mission to prove she can hang with the big boys, too. But cracking the sexy, closed-off CEO is tougher than she expects…and hotter than she could have imagined.

With the tempting woman disrupting his carefully planned schedule, Aidan can’t focus on the road, much less their upcoming presentation. The future of his company is riding on this trip, and if they’re to land a huge account, he has to keep his head—and his heart—in the game…

Her stomach rumbled a reminder she hadn’t eaten today. Much. Fortunately, she’d packed a supply of snacks.

He loaded up the last of the easels and display charts in the bed of his truck. By the time he slammed the custom cover closed and locked it, she’d pulled a bag of corn chips from her handbag and torn it open. She shoved a couple of chips into her mouth and tossed her handbag onto the front seat as she crunched down.

Aidan’s voice cut through her thoughts. “What are you doing?”

“What? Oh. Sorry. How rude of me.” She held the opened bag toward where he sat in the driver’s seat. “I didn’t get a chance to eat anything this morning. Want some?”

“No, thanks.” His voice sounded tight as he fastened his seat belt. “I don’t eat in my truck.”

“Okay.” She took out a chip and crunched on it, corn yumminess exploding in her mouth. It might not be breakfast material, but if Harold could eat sushi, she could definitely justify corn chips.

Great. They were still at the office and she’d already managed to piss him off. While she had to stay on his good side, it wouldn’t make sense if she keeled over from hunger before they even crossed the state line into Washington.

“I’m hungry,” she said firmly, exactly the way her favorite college professor had taught her. “And since I wasn’t able to eat because I was getting ready for this trip, I think I should be allowed to have something. Want to wait a few minutes? Or maybe we can stop for a quick bite. There’s a Bobby Jo’s a couple of blocks away. They make great chili dogs.”

No mistaking the cringe across Aidan’s face.

“What? Do you not like chili dogs or something? I’ll buy.”

“No, you don’t like chili dogs, or no, you don’t want me to buy?” she asked before quickly shoving more chips in her mouth.

“Both.” His tone was clipped as he continued to stare at her.

“Does this mean you aren’t going to stop?” she asked a moment later.

And a hungry Delaney wasn’t someone he’d want to deal with. She stared at him intently, tried to telegraph that fact into his ever-so-hot and ever-so-stubborn profile.

“Look.” She blew out an exasperated breath. “I’ll eat over the bag so there won’t be any crumbs.”

“There are always crumbs, no matter how careful you are.”

He blew out a breath even as he nodded. “I suppose that’d work.”

“Is it okay to drink, too?” She pulled out a bottle of Gatorade and shot him her most charming smile.

“Fine. Just get in the truck,” the man practically growled at her. “We’re behind schedule.”

And he was grumpy, too. Wasn’t this going to be a blast?

Hi Melia. Welcome to Read Your Writes Book Reviews. How are you?
Hi there! Thanks so much for having me here. I’m doing great!

Tell me a little about your latest book from Entangled Lovestruck, Driven to Temptation.
At an upcoming tradeshow, Aidan Ross has one shot at impressing a potential client, one who can take his fledgling geospatial engineering company to the next level. But while he expects to take his outgoing, capable second-in-command male employee, he’s thrown for a loop when an ambitious, feisty, fidgety redhead climbs into his truck and tells him she’s his new road trip buddy.

Coming from a family of engineers – male engineers – Delaney Harper is determined to prove she can hang with the big boys. But cracking through Aidan’s shell is more difficult – and hotter – than she could’ve imagined.

What do you love about Aidan Ross and Delaney Harper?
I love their chemistry! They’re so different, and the banter between them is so much fun as they get to know each other and work through the story issues together. I truly loved these two characters so much!

Why did you choose to make these two a couple?
I wanted to pair Aidan’s buttoned up persona with someone who’d challenge his views and not back down from him. Delaney seemed to fit the bill perfectly, and I hope readers think so, too.

What are some fun facts about Driven to Temptation?
Well, let’s see. First of all, Milestone, Oregon, where the story starts, was inspired by the gorgeous central Oregon city of Bend. And even though it’s not geographically accurate in the story, the fictitious town of Spear Lake Junction was inspired by Sisters, Oregon (about a half hour drive from Bend).

Also, Meredith Clark, my critique partner, laughed when she first read the scenes of Delaney eating copious amounts of junk food. See, I make it a point not to eat that stuff! But there must’ve been something subconscious on my part since it turned out that I lived vicariously through Delaney while writing this book. Every corn chip, potato chip, cookie, candy, I was right there, living the experience with her. And I didn’t regret a second of it, either. Bonus!

Lastly, there’s a scene where Delaney changes clothes on the shoulder of the freeway. Can I just say I know it can be done?

Lol.  I kinda know about changing clothes in a car.  Do you have a favorite scene?
Oh, yeah! It’d have to be the one where she first gets into his truck. The banter, for me, was laugh out loud funny! Mainly because I could see myself having the same kind of conversation with some guy. Can’t beat that!

The corn chip scene was funny.  I can just picture the mortified look on Aiden’s face.  What’s your favorite part of a romance to write?
I’d have to say my favorite part to write is the getting to know each other part. For me, it’s where the magic happens, particularly when the hero and heroine learn enough about each other and like what they see. But in order for that to happen, part of the mask that each wears has to be stripped away. That’s the fun part! It’s also one of the hardest parts to write…But that wasn’t your question, was it? (smile)

What’s next for you?
I’m working on a proposal for a friends-to-lovers book that, so far, has been laugh out loud fun! I’m thinking these two characters are going to be a blast together.

Good luck.  Melia, thank you so much for taking the time to talk with me.
Wait. That was it? Wow. Time flies when a girl’s having a great time! Thanks so much for having me!!

Melia Alexander is the author of sassy, sexy, fun contemporary romances, but is also fortunate to spend her week days at The Male Observation Lab (a.k.a. her job at a construction company) where she gets to observe guys in their natural habitat. Though they often behave like typical alpha males, in many instances she's seen through their personas to the heart of who they really are - the heroes of their own stories. A native of Guam, Melia traded in warm, tropical breezes for the rainy Pacific Northwest. She's an avid reader who also loves romantic comedies - preferably with a glass of CabSauv and a box of chocolates nearby. In her free time, she's busy conquering her CrossFit fears: ring dips, muscle snatches, and the dreaded 800 meter run. Her family appreciates her attempts at cooking and cleaning, although she spends it mostly daydreaming about her characters, which sometimes results in a burnt meal and a half-cleaned house.

a Rafflecopter giveaway Follow
Posted by Kim at 3:00 AM 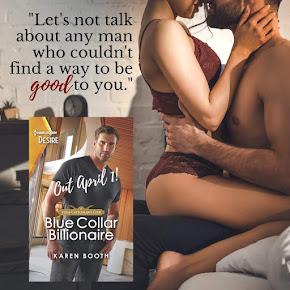 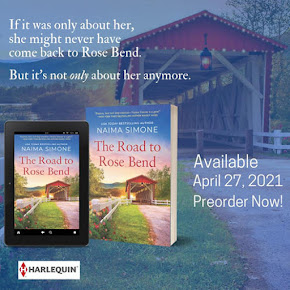