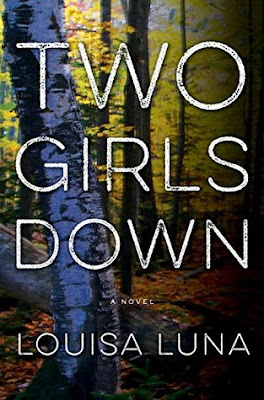 When two young sisters disappear from a strip mall parking lot in a small Pennsylvania town, their devastated mother hires an enigmatic bounty hunter, Alice Vega, to help find the girls. Immediately shut out by a local police department already stretched thin by budget cuts and the growing OxyContin and meth epidemic, Vega enlists the help of a disgraced former cop, Max Caplan. Cap is a man trying to put the scandal of his past behind him and move on, but Vega needs his help to find the girls, and she will not be denied.

With little to go on, Vega and Cap will go to extraordinary lengths to untangle a dangerous web of lies, false leads, and complex relationships to find the girls before time runs out, and they are gone forever.

Two Girls Down is a great book. It’s a thrill ride of epic proportions. Once I started reading it, I couldn’t put it down. It’s chock full of one liners and one bad ass female bounty hunter/private investigator named Alice Vega from California. Alice is hired to go to Denville, Pennsylvania to locate two young sisters who went missing from a mall parking lot. Alice does her job with precision and doesn’t let anyone or anything get in her way. She also enlists the help of former cop turned private investigator Max Caplan who has his own dragons to slay considering that he left his police career in disgrace.

There was no shortage of suspects concerning the girls’ disappearance. The police are clueless. Alice has resources that are uncanny. She has a hacker named The Bastard who can get her all kinds of information. Max’s role ends up being the anchor since he was able to stop her from being completely unhinged. In her own words, Alice is “The Motherf*cker Who Gets Sh*t Done.” She is relentless and bows down to no one. Even when she gets hit in the face with a wooden board, she just shakes it off. In another instance, she subdues several guys with items she picked up from a hardware store. She is clearly the Black Widow. It’s hard to believe that she only went through basic training in the Army. I could go on and on about her attitude and sheer confidence but you’ll just have to read it for yourself. Two Girls Down was amazing. The story and the characters are well written. I can’t give much detail because it’s a mystery at its core. There is never a dull moment and you will never figure out who done what until the big reveal.

I hope that Alice’s story doesn’t end here. She has a lot of depth and I can see a bright future in sequels for her.