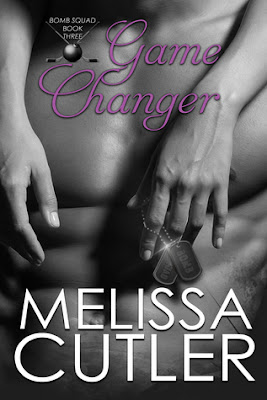 The Hotter They Are, the Harder They Fall…

After losing part of a leg in combat, Brandon Theroux has built a new life as a fitness model and confirmed playboy, living every day to the fullest. When a once-in-a-lifetime opportunity comes his way, he bids farewell to his hometown—and to the one woman he’d always wanted but could not have.

Bar owner Harper Johnson has too much self-respect to join the ranks of Brandon's conquests, but when a health scare catapults her onto a journey of a lifetime, she turns to the one person who knows what it means to seize the day, find your bliss, and never look back. Brandon becomes her rock…until they realize that a bond forged between friends who can't keep their hands off each other has the potential to be a whole lot hotter than either of them is prepared to handle.

For five years, Brandon Theroux and Harper Johnson have been in a flirtatious holding pattern. The two actually attempted to date once, which didn’t turn out so well. Brandon has tried on several occasions to make Harper one of his many conquests. Harper knows Brandon isn’t the forever type of guy and she wants the forever kind of love. They live to push each other buttons.

Game Changer, the third book in the Bomb Squad Series, is full of surprises and not at all what I thought the book was going to be. There are no words to express how much I love this book. I usually like to give a brief rundown of what happens in reviews but because of the the nature and subject matter, I can’t. I don’t want to take away from the surprise factor. What I can say is that Brandon comes off as a playboy. Okay, he is a playboy. But he is truly loving and caring of his friends.

Once Brandon and Harper decide to do away with the sexual tension and actually try to be friends, they succeed. Which then turns Game Changer from an enemies to friends to lovers romance.

While I loved all three books in this series, Game Changer is definitely my favorite. By the way....this book can be read as a standalone. If you’ve already read the other two books, Risky Business and Undefeated, you’re in for a treat because you get to see what the other characters are up to.