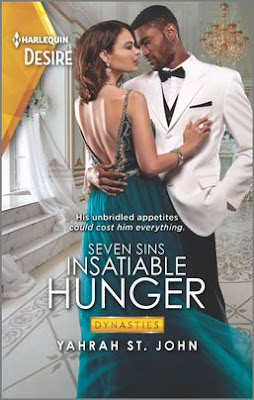 Feel the drama and passion in the Dynasties: Seven Sins series!

She’s just a friend but he craves so much more…
His unbridled appetites could cost him everything.

Ryan Hathaway isn’t about to let his friend marry the wrong guy—not when the right guy is him. But getting out of Jessie Acosta’s friend zone could destroy his plans to become Black Crescent’s CEO. He can’t afford to give in to the overwhelming temptation of wanting her. But with another man looming in Jessie’s life, Ryan can’t afford not to…

Harlequin Desire: Luxury, scandal, desire—welcome to the lives of the American elite.

One man’s betrayal can destroy generations. Fifteen years ago, a hedge-fund hotshot vanished with billions, leaving the high-powered families of Falling Brook changed forever. Now seven heirs, shaped by his betrayal, must reckon with the sins of the past. Passion may be their only path to redemption. Experience all Seven Sins!

Fifteen years ago, Vernon Lowell stole millions of dollars from his family and clients at Black Crescent Hedge Fund. He later disappeared without a trace, never to be seen or heard from again. The Dynasties: Seven Sins series shows the fallout of his actions and how they affected not just his heirs, but the heirs of the families he stole from as well.

Fifteen years ago, Ryan Hathaway and Jessie Acosta were neighbors and best friends. They were seemingly inseparable until Jessie’s father lost all of their money in Vernon’s scheme. Jessie’s father withdrew within himself and became a shadow of the man he once was. Her mother got a job in order to keep their home. Jessie and her brother were the recipients of a scholarship to their private school paid for by their mother’s boss. Jessie started a relationship with the boss’s son and checked out of her friendship with Ryan.

Ryan and Jessie reconnect at their 10-year high school reunion and notice an attraction between them. They ultimately start a relationship where everything seems to be perfect. The only complication comes when Ryan reveals he’s in the running to be the new CEO of Black Crescent, which is a dream job for him.

Insatiable Hunger by Yahrah St. John is the third book in the Dynasties: Seven Sins series. This is a standalone read, featuring a couple you won’t be able to get enough of. I was immediately captivated by Ryan. He’s a good guy who has been overlooked by the girl he’s crushed on since he was six-years-old. He’s kind and sweet. Simply put, he’s the perfect book boyfriend. Jessie is a hard worker and has lived in her head and past for far too long. She’s an attorney who wants to make partner in order to make her parents proud. Honestly, it seems like everything Jessie has done in the last fifteen years has been for other people and not herself.

Friends to lovers is one of my favorite romance tropes and Yahrah does an incredible job. I love the surprise she added to the story. If you’re looking for a romance read that will have you captivated from start to finish, Insatiable Hunger is definitely the book for you. Yahrah is a new to me author and I’m looking forward to reading more books from her.

“You have to grab your happiness when it comes. With whomever it comes.”

“Your future is your own.” 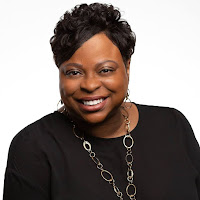 Yahrah St. John is the author of twenty-five novels with Harlequin Kimani’s Romance line. In May 2014, St. John won the 2013 Best Kimani Romance from RT Book Reviews for A CHANCE WITH YOU. A graduate of Hyde Park Career Academy, she earned a Bachelor of Arts degree in English from Northwestern University. Prior to becoming published, she wrote twenty stories and plays. St. John is also a member of Romance Writers of America. St. John is an avid reader of all genres. She enjoys the arts, cooking, traveling, basketball and adventure sports, but her true passion remains writing. St. John lives in sunny Orlando, the City Beautiful.