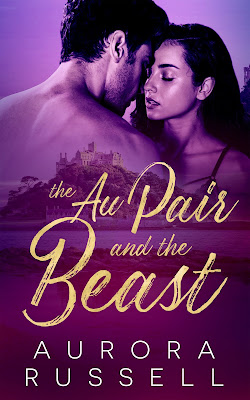 When recently laid-off Francophile Veronica Carson is recommended for an au pair job by the elegant leader of her French conversation group, she isn’t sure what to expect—but a Gothic castle deep in the wilds of Maine is certainly not it. Still, she’s drawn in by her joyful little charge, Jean-Philippe, and even more drawn to his brooding father.

Ruthlessly successful businessman Alain Reynard has loved before and has no wish to repeat the painful experience. The tragedy of his recent past is still fresh in his mind, and he wants nothing to do with his son’s lovely new au pair. Despite his best efforts, though, he can’t seem to get her off his mind.

A passionate romance begins to blossom but is put to the test when painful reminders of Alain’s past return. As ugly rumors swirl, the truths of the past and the present collide. Veronica must decide if Alain really is a beast and, if so, whether she can love him enough to break through the dark memories and secrets that tether him to what once was.

Physical Description: Tall with a large frame to match my height, striking features although I’m not quite handsome, with a Roman nose, thick, wavy hair, and eyes the color of melted dark chocolate (so I’m told). I project an air of power and wealth, but walk with a limp that I’m sometimes unable to hide.

Occupation: CEO and President of a major multi-national company based in France, and my specialty is hostile takeovers and acquisitions.

3 likes in no particular order:
My son
Being right
A surprisingly attractive young au pair

3 dislikes in no particular order:
Liars
The French paparazzi
Anyone who might interfere with my relationship with my son

Drink of choice: Pastis (an anise-flavored alcohol from Provence)

Favorite food: Freshly-baked bread, which my chef makes every morning.

Favorite dessert: Veronica, my son’s new au pair…but I also have a weakness for chocolate pastries from Mrs. Hooper’s café.

Favorite color: Previously, I would have said black, like my custom-tailored suits, but I’ve recently become very attached to the deep red of the party dress Veronica wore to the function at the governor’s house.

Choice of transportation: A tasteful black luxury sedan with supple leather interior and room to work, preferably driven by Hormet, my long-time butler.

Most prized possession: A severely misshapen clay creation (I’m not sure if it’s an ash tray or really squat-looking vase) sculpted and painted by Jean-Philippe as a birthday gift for me.

Favorite way to spend an evening: At home, with my family, although I frequently have to go to evening parties for my job. I have recently found, however, that Veronica makes even those awful events much more enjoyable.

Best friend: My brother, Marius, is also my best friend and one of the few people I trust.

Best memory to date: The day my son was born…although the first time I kissed Veronica might tie for first place.

If you could have a do-over, what would you do differently? If you had asked me several weeks ago, I would have answered differently, since it cut me more deeply than I realized to be so utterly betrayed by those I trusted. Now, however, I don’t know. Every challenge in my past has led me to where I am now, and I can’t truly regret anything that took me here.

What profession other than your own would you like to attempt? I love what I do, and I’m extremely good at it, but I would like to attempt more charitable work. I think I might just donate a few million dollars or so to a new foundation.

What profession would you not like to do? Anything requiring that I be nice to lots of people. I would be an abysmal store clerk or barista.

Most romantic gesture: I am always trying to improve, but I am rather proud of the way that I apologized to Veronica.

Words to live by: Family is anything you make it, and family is forever.

*Author’s note* ~ I couldn't find a good inspiration photo of a man on any of the usual photo stock sites (apparently Alain with his huge frame, dark and hair and eyes, and constant suit-wearing is an anomaly), so I have instead attached a nice inspiration picture of the setting (taken by me). 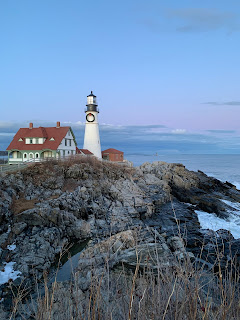 Monsieur Reynard was angry—furious, even—so that his eyes were thunderous and every line of his tall frame was taut with barely leashed rage.

“Who are you working for? Who sent you?” he demanded.

“What? I’m working for you—or I thought I was. Madame Montreaux recommended me.” Veronica was genuinely confused and a little freaked out, but she tried to be patient. Maybe something had happened to damage his memory in his recent accident? Still, the look he was giving her sent a chill down her spine. In spite of his injuries, this was a powerful, dangerous man—especially now, when the usually-charming façade was down.

“Yeah, sure. What newspaper? Website? Who are you sending pictures to?” He barked out the questions, stepping closer—so close that Veronica could smell his spicy cologne and feel the heat radiating off of him. And how the heck had he gotten down here from the house so fast?

Her mouth fell open. “I’m not working for anyone. I was just sending pictures to my friend. You can read them,” she offered, then added with a snap, “although I don’t appreciate your taking my phone from me.”

He glanced at the partially typed message. “Proof of life?” He raised his eyebrow.

“It’s…ah, an inside joke,” she explained.

He scrolled up and she swore he nearly smiled in spite of himself. “Locked in a dungeon, eh?” 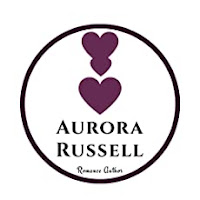 Aurora is originally from the frozen tundra of the upper-Midwest (ok, not frozen all the time!) but now loves living in New England with her real-life hero/husband, two wonderfully silly sons, and one of the most extraordinary cats she has ever had the pleasure to meet. But she still goes back to the Midwest to visit, just never in January. She doesn't remember a time that she didn't love to read, and has been writing stories since she learned how to hold a pencil. She has always liked the romantic scenes best in every book, story, and movie, so one day she decided to try her hand at writing her own romantic fiction, which changed her life in all the best ways.

a Rafflecopter giveaway
Follow
Posted by Kim at 2:08 AM