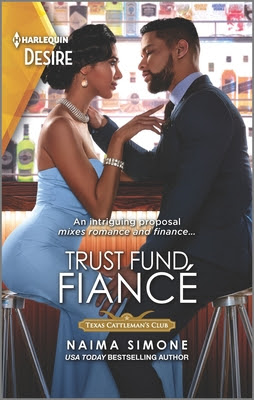 His friend needs a fiancé to claim a fortune.

But they both know it’s about more than money…

Ezekiel Holloway’s proposition could save his friend Reagan Sinclair’s inheritance and give her the freedom she craves. But when family scandals force Ezekiel to end their fake engagement, the heiress comes up with a counterproposal—and they elope to Vegas after all! Is there something more than mere convenience at stake here? 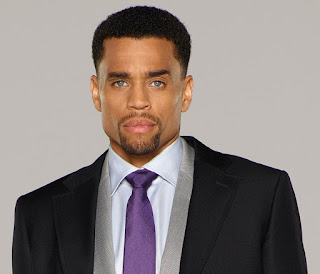 3 likes in no particular order: My cigars, Steelers football (sorry, Cowboys!) and Umbrella Academy. That last one stays here.

3 dislikes in no particular order: Jerry Jones, okra and people who come for my family.

Drink of choice: Cognac or an ice-cold beer.

Favorite song: “Let’s Stay Together”—the Tina Turner version. Come at me. I stand by it.

Most prized possession: Framed photo of my parents, brother Luke and me when we went on a family vacation to London, England.

Favorite way to unwind: Kicking back in the den with a cold beer, a meat lovers pizza and a Steelers game on the flat screen.

Favorite way to spend an evening: Lately, sitting across from Reagan Sinclair at one of Royal’s finest restaurants pretending to be a devoted fiancé who is in love and lust with her.

3 things you like/love about yourself: My love for my family and friends, passion for my job, the part of me that inspired such inexplicable loyalty in Reagan Sinclair

Best memory to date: Taking Melissa Drake to an Usher concert for our third date. It was also the night I fell in love with her. We were together exclusively from that night on before she died in a drunk driving accident eight years ago.

If you could have a do-over, what would you do differently? God, so many things… Tell my parents I loved them one last time. Demand Melissa not drive that night. Drag a doctor out to the estate and insist he give Uncle Trent a physical…

What profession other than your own would you like to attempt? Actor. I think I could’ve given Michael Ealy a run for his money. And people often tell me I resemble him…

What profession would you not like to do? Pastor. Being responsible for other people’s souls is a lot of pressure when I have enough trouble keeping my own out of hell.

Words to live by: “I can be changed by what happens to me. But I refuse to be reduced by it.” –Maya Angelou

Ezekiel stared at Regan, struck speechless. Dozens of questions bombarded him, and he mentally waded through them, finally settling on the most important one. “What?”

“Marry me,” she repeated, closing the short distance between them, not stopping until her hands fisted the lapels of his suit jacket, her thighs braced against his and that honeysuckle scent embraced him like a long-lost lover.

He swallowed a groan at her nearness, at the feel of her body pressed to his. Lust, hot and hungry, punched him in the gut, then streamed through him in a swollen flood. Desperate to place distance between them so he could fucking think, he gripped her hips to set her away from him. But touching her backfired. Instead of pushing her back, he held her close, his body rebelling and taking control. Two weeks. It’d been two long weeks.

“No, Zeke. Don’t give me all the reasons why we shouldn’t. I don’t care. Do you know where I just came from?” she asked, switching topics with a lightning speed that left him floundering. Between that and his dick finding cushion against her stomach, he couldn’t keep up. “I just left a restaurant where my father arranged for me to have lunch with Justin McCoy.”

“The hell?” His grip on her tightened. Douglas had set her up with that asshole?

“Yes.” Reagan nodded as if reading his mind. “Apparently my father considered him a more suitable match than you. A man who uses and throws away women for his own gain rather than you, a man who has been nothing but honorable and unfailingly kind and respectful. I had enough. I walked away from him and his machinations. I’m through allowing him to run my life, to make choices for me out of guilt and loyalty.”

Guilt? What the hell did that mean?

Shoving the questions aside for the moment, he refocused on her. "I understand your anger, believe me, I do, but take a moment and think this through before you make a mistake you can't take back. This decision will cost you your inheritance. It could damage your relationship with your parents. Is this rebellion worth that? Because you're not in…" He couldn't finish that sentence. Couldn't fathom it.

"No, Zeke, I'm not in love with you," she assured him, and he exhaled a heavy breath. Even as an unidentifiable emotion twisted in his chest. "And maybe this is a little bit of rebellion on my part, but it's so much more. I'm taking control—of my choices, my mind, my life. I respect you, Zeke. But this isn't about you. It's about me. About finally becoming the woman I've been too afraid to own. So, from now on, I’m making my own decisions,” she continued. “And that includes you. I choose you, Zeke. And I want you to marry me.”

Jesus, did she know what a delicious temptation she was? How he’d fought following after her that evening he’d let her walk out of his house? That had required strength he hadn’t realized he possessed. Doing it a second time…

No, she might feel certain here in this office, but she was still upset. Could feel very differently in the morning, hell, hours from now. Maybe after they talked this out, she would see—

She rose on her toes and crushed her mouth to his.

And he wanted it all. In this moment where the lines between platonic friendship and desire incinerated beneath his greedy mouth and her needy whimpers, he wanted everything she had to give him.

One Night in Texas by Charlene Sands releases January 1, 2021

Published since 2009, USA Today Bestselling author Naima Simone loves writing sizzling romances with heart, a touch of humor and snark. Her books have been featured in The Washington Post and Entertainment Weekly, and described as balancing "crackling, electric love scenes with exquisitely rendered characters caught in emotional turmoil.” She is wife to Superman, or his non-Kryptonian, less bullet proof equivalent, and mother to the most awesome kids ever. They all live in perfect, sometimes domestically-challenged bliss in the southern United States.