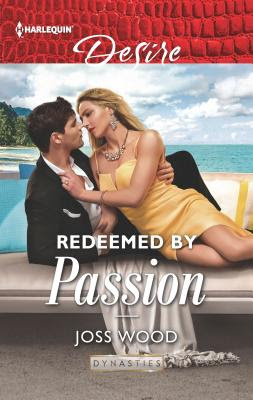 But he still wants her in his bed

If event planner Teresa St. Claire can pull off the wedding of the year, she’ll save her career and her troubled younger brother. But her gorgeous ex, billionaire businessman Liam Christopher, interferes, insisting he wants to help. Teresa has to do this alone—to protect both him and her brother. Yet the ties binding her to Liam aren’t so easily broken…

When I was first approached about reading the Dynasties: Secret of the A-List series, I had no idea what to expect. I knew the series would consist of four books written by four different authors. I also knew the books would all be connected by an overall series arc, which would play out in the individual books over the course of the series. Never in my wildest dreams did I expect there be so much in your face drama. The series starts with Tempted by Scandal written by Karen Booth, which is an office romance. The second book, Taken by Storm, is also an office romance written by Cat Schield. The third book is Seduced by Second Chances, a second chance romance, written by Reese Ryan. Each of these books has its own primary couple with the story of Liam Christopher and Teresa St. Claire playing out over the four books. Yes. There's so much going on with this couple that it takes more than one book.

I have to admit that these two are my favorite couple of the whole series. Teresa and Liam bring friendship and romance. But don't be fooled. This couple has enemies to lovers written all over them. Their awareness of each other goes back seven years to when Teresa was one of his father's students. Liam believes Teresa had an affair with his father. This is something Teresa vehemently denies. With his father deceased, he has no way to know for sure. But he desperately wants to believe her. “Over the past few months you’ve thought that she’s a liar, a gold digger and an opportunist.” Yes he has. But everything inside of Liam wants Teresa more than his next breathe. “Nobody ever said life was going to be fair.” Liam is determined to be with Teresa; to love her, to protect her, and to slay all of her demons.

Redeemed by Passion was just simply great. I don't want to say too much because I don't want to ruin anything. There was a surprise to this story that I didn't see coming. You have to read the book to find out what it is but I promise you will like it. Heartbreaking isn’t even the right word to use for certain parts of Redeemed by Passion. It was like someone ripped my heart out and squeezed it until it was flat. “Love, true love, grown-up love, isn’t based on what you get back. It’s judged by how much you give.” Teresa and Liam have so much love to give if only truly given the chance.

Joss Wood wrapped up this series with a nice little bow. She put me back together again after she had me crying buckets of tears. The Dynasties: Secrets of the A-List series is definitely a binge-worthy series and belongs on my keeper bookshelf. I’m not sure if Redeemed by Passion is truly a standalone read or not. So much has happened to this couple over the previous three books, culminating with some really big reveals.