Hero Profile, Excerpt & Giveaway ~ ONCE UPON A ROYAL CHRISTMAS by Robin Bielman 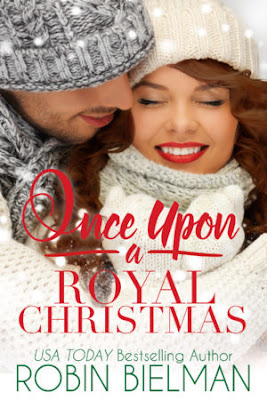 Colliding with a prince while dog walking isn’t how Rowan Palotay pictured meeting royalty, but then lately her life hasn’t gone according to plan. With one teensy tiny mistake, her job as a news reporter took a turn for the worse and now she’s lucky to have a small pet column in the local newspaper. Christmas is supposed to be a time of joy and magic, but she feels like she’s forever stuck on the naughty list.

Prince Theodore Chenery is in Marietta shortly after the death of his mother to meet his grandparents for the first time. When an accidental run-in—literally—with Rowan leads to an unexpected friendship, he finds himself enchanted with the outspoken, feisty country girl. She’s unlike anyone he’s ever met and her special brand of kindness and honesty make it harder and harder to remember his obligations back home.

Rowan can’t afford one more mistake, and Theo’s future is already mapped out, but when they find it impossible to fight the passion and deep-rooted emotions between them, they discover what matters most. Until their relationship makes worldwide news…and Theo must decide whether or not to follow his heart or his royal duty. 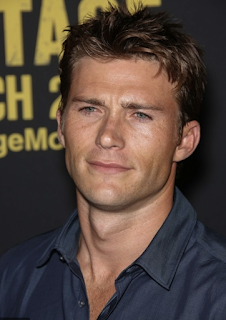 Favorite song: “Unforgettable,” because it’s the first song I danced with Rowan to.

Favorite way to spend an evening: Curled up on the couch with Rowan

Best memory to date: My first Christmas in Montana with Rowan

If you could have a do-over, what would you do differently? There’s nothing I’d do-over, everything is a learning experience.

What’s something you’ve said you would never do, but in fact have done? Eat fried chicken and waffles

Most romantic gesture: Stopping the car on the way to the airport and turning around to tell Rowan I love her.

Words to live by: “My mother was extremely conscientious when it came to helping others. She raised me to have an understanding of people’s hopes, their insecurities, and their difficulties. And I plan to spend the rest of my life trying to fill the void she’s left behind.”

Theo stared at the Christmas tree ornament in his hand, at a loss for words. People had shown him kindness his whole life. He chose to believe it was him and not his royal bloodline that warranted attention. But the reality was, he could never be sure.

He felt sure now.

As he stared at the white dog with a football in his mouth and “Theo” written across the dog’s chest, he realized this gift was the realest thing he’d received from anyone outside his immediate family. He lifted his eyes to Rowan.

She sat across from him in his grandparents’ house, the fireplace glowing behind her, the Christmas tree to her right. She wore jeans, a form-fitting, emerald-green sweater, and a wide smile. “It’s kind of perfect, right?”

“The first honor is yours,” his grandmother said, indicating he should stand up already and put the ornament on the tree.

When he’d helped Rowan with the tree yesterday, he hadn’t imagined sitting here tonight carrying on a tradition his mother had stamped on his heart. Holiday music played through speakers in the wall. Boxes of ornaments were open and waiting to be hung.

He had no idea if it was the right thing to do, but he went with the strong compulsion to thank Rowan again. On his way to the tree, he bent and kissed her cheek. “Thank you,” he whispered.

To say the brief, innocent contact made him crave more would be an understatement. Her soft skin, her feminine scent, the hitch in her breath, all conspired to make him glutton for punishment.

He’d only known her a week, spent a handful of hours with her, yet he liked her more than he’d liked anyone else in a very long time.

Falling for Her Bachelor ~ Review

🎄 You can read my Once Upon a Royal Christmas here. 🎄

Robin is giving away a signed mystery paperback. (US only, if the winner is international, she will send two eBooks.